The Mirages of Westphalia

Once the current systemic crisis arrives at its still vague yet inevitable end, a new world order will emerge, and as analysts ponder it, most of them agree that nation states will further grow in power in relation to other international actors. Strictly speaking, this strengthening is already going full throttle. How stable is this trend and what consequences could it have for the future world order?

Once the current systemic crisis arrives at its still vague yet inevitable end, a new world order will emerge, and as analysts ponder it, most of them agree that nation states will further grow in power in relation to other international actors. Strictly speaking, this strengthening is already going full throttle. How stable is this trend and what consequences could it have for the future world order?

Memories of the Future?

States are on the offensive on two fronts at once. On the one hand, the crisis has laid bare the obvious weakness and vulnerability of non-state actors in global politics: both the private sector and civil society have proved incapable of positioning themselves as major centres of influence and active participants in making crucial foreign policy decisions. On the other hand, the crisis has shown how ineffective and even fragile multilateral intergovernmental institutions and international organizations are, including such different bodies as the UN, the European Union, the EAEU, G20, G7, the WTO, the WHO, etc. So, both sub-state and supra-state bodies have failed the historical casting process for the part of effective crisis manager.

The conclusion begs to be drawn that, by the late 2010s, the world had become ripe for the long-awaited full restoration of the Westphalia world order that emerged in Europe following the Thirty Years’ War (1618–1646). Let us recap: the Westphalia system enshrined the unconditional priority of nation states and state interests in the European international order; it proclaimed the principle of national sovereignty as the state’s integral right to the power monopoly on its territory and to independent foreign policy. As for foreign policy itself, the Westphalia system clearly separated it from domestic policy; sovereign states were equal to each other in their formal rights irrespective of their size, form of government or state religion.

Nearly 400 years have elapsed since the end of the epic Thirty Years’ War, but the Westphalia system’s overall rules of the game are still relevant. In any case, they are quite congenial to many of today’s popular visions of the post-crisis world. The ideas of polycentrism, of national sovereignty and states’ sovereign equality, of non-interference in one another’s domestic affairs, of a balance of forces and interests, and of religious (and also political, ideological, sociopolitical and any other) pluralism in international society are highly appealing to many societies and particularly to the national elites that are tired of the endless postmodernity of recent decades. Seeing the events that are unfolding in today’s world, nearly defeated “statists” are now triumphant, while “liberals” who were triumphant only recently have been thrown into confusion. Has history gone full circle back to the time of Westphalia?

Naturally, the crisis is significantly changing the customary balance of social and political forces. To a certain extent, it is taking the world back to the old traditional hierarchies of the 20th century and even of earlier periods in history. Officials, the military, the defence complex, special services and, to some degree, the traditional “manufacturing” middle class are universally bolstering their standing. Postmodernity’s hero incubators and role models, such as the new creative class, the private financial sector, cosmopolitan-minded political elites, liberal media and comprador intellectuals are losing their status and influence. In other words, the world is going back to modernity and, in some ways, even collapsing into archaic modes of existence.

The pandemic and the new economic recession have generated public demand for paternalist strategies in domestic policy and for nationalism in foreign policy. In the last few decades, this demand has never been stronger. State leaders have gained unprecedented additional opportunities for manipulating public sentiments, fears and expectations, and have learned to exploit new sources of their legitimacy. Many of those leaders have succeeded in providing for the explosive growth of their popularity simply by demonstrating a “hard-line” approach to combating the coronavirus, by generously injecting money into the national economy, by applying protectionism in foreign trade, and by declaratory isolationism.

These developments bring to mind the golden age of populist absolutism that was simultaneously the golden age of Westphalian European politics. Not by chance do people find French President Emmanuel Macron’s “Jupiter-like” style reminiscent not so much of Napoleon Bonaparte as of the “Sun King” Louis XIV. By inaugurating an era of interaction between European nation states, the Thirty Years’ War famously buried the French and Spanish Hapsburgs’ hopes of establishing a “unipolar world” in Europe. Maybe the last thirty years that finally buried Washington’s claim to creating a global “unipolar world” are coming to an end with a new, revised and enlarged edition of the Westphalian world order?

Yet, after the pandemic and the structural global economic crisis, the “return to Westphalia” concept needs at least some major qualifications.

Are Nation States Really That Strong? 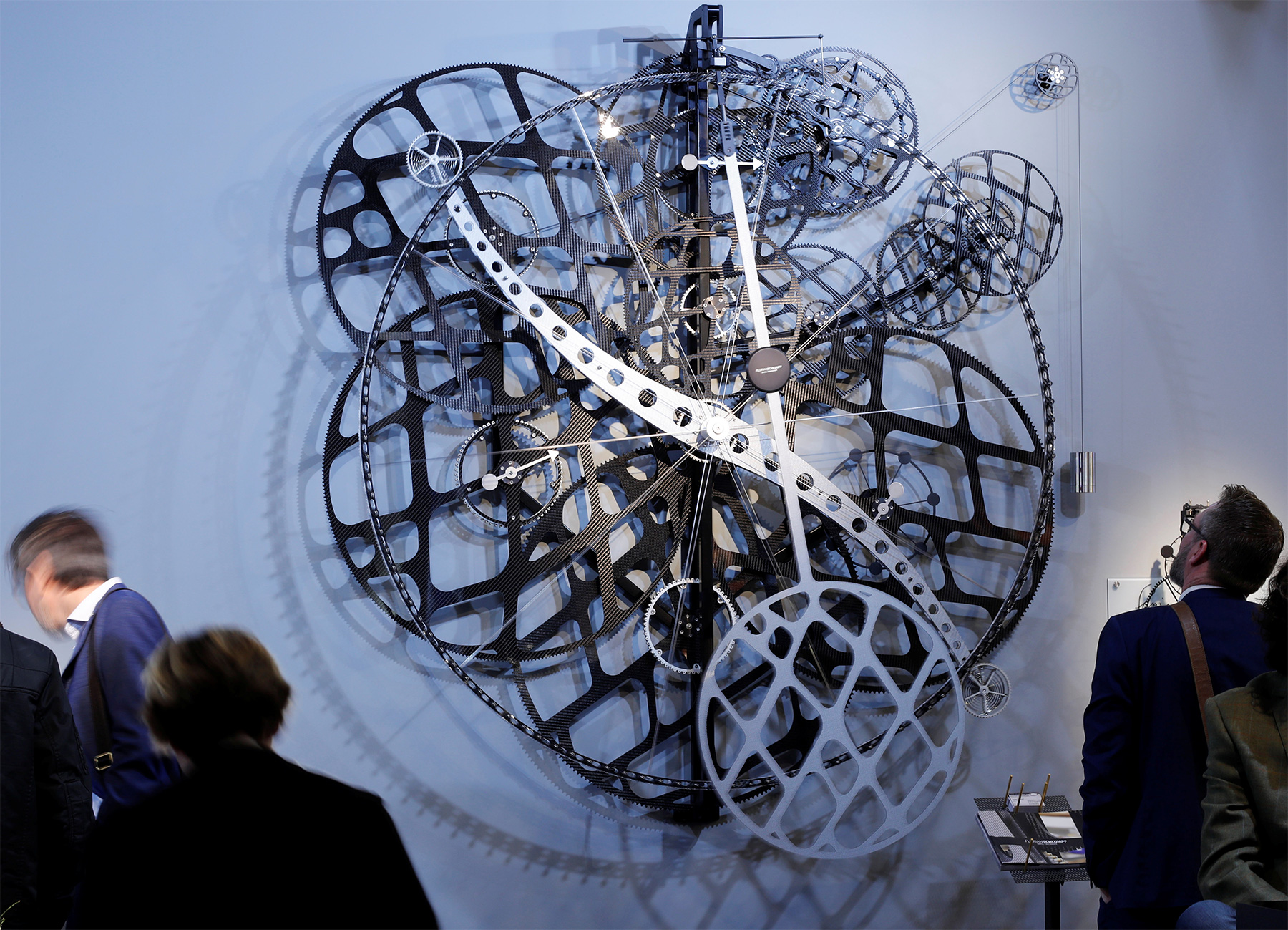 First, the strengthening of nation states is far from ubiquitous. As a rule, states bolster their standing if they were strong prior to the current cataclysms. Hardly anyone will earnestly discuss a “Westphalian renaissance” in the Middle Eastern Mashriq or the African Sahel. On the contrary, when a crisis hits, weak state institutions in fragile states become weaker and lose the remnants of their legitimacy, which is precarious as is. Quite frequently, such states’ social functions are assumed by non-governmental bodies, including religious organizations, fringe political movements, tribal alliances, and even organized crime (such as the drug cartels in Latin America). A deepening crisis of a national and government identity is opening the way for alternative group identities such as tribal, ethnic, denominational, regional and many others.

Second, public consolidation around the state cannot be seen as a universal pattern even in the developed countries of the global North. Yes, this consolidation has occurred in many European states. Even so, polls conducted in the United States did not show a sharp upsurge in Donald Trump’s popularity even during the crisis. Both “Trumpists” and “anti-Trumpists” remain steadfast in their political views. If there is a consolidation taking place in the U.S., it is that of the Democratic party supporters, which puts a question mark over the current president’s re-election prospects in November. Most societies of the global North remain economically, socially and politically divided, which certainly severely restricts the processes of nation state strengthening. For “every kingdom divided against itself is brought to desolation; and every city or house divided against itself shall not stand” (Matthew 12:25).

Third, it is far from obvious that both the nationalist fad and the current trend of state strengthening will hold up in the medium-term, to say nothing of the long-term. Today’s generations are far less patient and less constant in their attachments than their remote 17th century ancestors. When it comes to today’s voters, there is but a thin line between their love and their hate. Many experts believe that, should there be no success in combating the pandemic and the recession, public support for national leaders will decline sharply in the very near future. And this applies not only to individual leaders but to the ideology of national egoism in general. It is also evident that the defeated social and political forces have not conceded their historical defeat and are energetically preparing to get their own back. Some people even predict that, already in 2021, liberal internationalists and multilaterality enthusiasts will launch an energetic counter-offensive under the banner of the newly elected U.S. President Joe Biden.

Fourth, the strengthening of nation states does not necessarily mean that the interaction between such states will automatically produce a Westphalia-like system. The Westphalian system was relatively homogeneous in its political, cultural, economic and other dimensions, and it had a very limited number of participants. Today’s world is far larger and far more diverse than Western Europe of the 17th century. At the same time, today’s world is characterized by a far greater degree of coherence and interdependence than the Westphalian world. This means that restoring the Westphalian system is an excessively complicated enterprise that is, most likely, utterly impossible. The same appears to obtain for possible attempts to reconstruct the 19th century Concert of Europe. 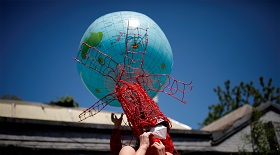 Andrey Kortunov:
We Need to Create a More Inclusive System of Global Governance

Concerning the multilaterality crisis: if the hypothesis of the revival of Westphalia, of the triumph of national egoism, and the low effectiveness of multilaterality were true, the U.S. under Donald Trump should have been able to deal with the COVID-19 pandemic far better than the European Union. In reality, however, as of early August, the U.S. had over three times as many coronavirus cases (4.7 million cases in the U.S. vs. 1.5 million cases in the EU). Already in summer, unemployment in the U.S. reached 13% vs. 6.7% on average in the EU. It is even more surprising that the differences in the strategies for combating the pandemic are, on the whole, far greater between individual U.S. states than between EU member states’ national strategies. With the exception of the special case of Sweden, the EU states approached the epidemiological crisis in ways that were far more similar to one another than the approaches of California and New York, Massachusetts and Arizona, New Jersey and Florida, Vermont and Texas.

Finally, it is possible that the supposed strengthening of states will be accompanied by shifts in their current priority systems in favour of their domestic problems. Accordingly, the post-crisis world will see a more isolationist China, India, U.S. and Russia, and a more inward-looking European Union. The consequences of this priority shift for the international system are yet unclear. Great powers’ isolationism will not necessarily deliver a fatal blow to global or regional stability. Yet it is far from obvious that the isolationist world will prove more stable and reliable: the power vacuum left in many regions by the great powers’ withdrawal could be filled by irresponsible actors, including non-state ones.

Owing to the systemic crisis, the traditional non-state globalization drivers, such as universities, independent think tanks, liberal media, civil society institutions, and the globally-orientated private sector have found themselves temporarily relegated to the background of global politics. All these actors face increasing difficulties as they attempt futilely to preserve the global political status they have gained in the last two or three decades.

Sooner or later, though, nation states willing to pursue an effective foreign policy in the extremely complicated and rapidly changing global environment of the 21st century will need all these actors (who were, incidentally, mostly absent from the classical Westphalian world of the 17th–18th centuries). In today’s world, societies cannot interact through the bottleneck of intergovernmental relations. So a new re-energizing of non-state actors in international relations is only a matter of time.

Speaking notes during the Beijing Forum 2019

Searching for a New World

We Need to Create a More Inclusive System of Global Governance