The chemical incident in Idlib brought to nothing all the last months' efforts, aimed to normalize the situation in Syria. The fact that only one provocation could lead to such serious consequences, speaks of the extremely high instability of the entire system of international relations both around Syria and beyond. No less dangerous is the changing style of Russian-American dialogue. There is the risk of slipping into an exchange of ultimatums. And this is not good for everyone. The escalation funnel risks to absorb those areas of Russian-American cooperation where both sides are interested.

Many experts believed that after the Ukrainian crisis relations between Russia and the US reached the bottom. With the election of Donald Trump there appeared at least moderate hopes on resuming the talks and progress on a number of complex issues. These hopes were buried after the chemical attack in Syria and the American strike against the Syrian Air Force base and the next round of anti-Russian rhetoric in the West. Although the US missile attack was allegedly symbolic, and Moscow also responded only with a symbolic suspension of the memorandum on the prevention of incidents, there is a serious military escalation and further erosion even of the minimal rules of the game. The consequences can be extremely dangerous for everyone. 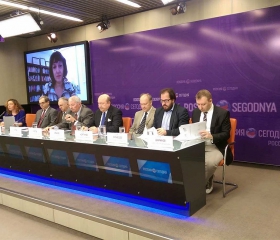 The chemical incident in Idlib brought to nothing all the last months' efforts, aimed to normalize the situation in Syria and advance the dialogue between the government forces and the opposition. The fact that only one provocation could lead to such serious consequences, speaks of the extremely high instability of the entire system of international relations both around Syria and beyond. Several factors of instability occurred at once at one point.

The first factor is a strong domestic political turbulence in the United States. The tough confrontation between Donald Trump and a significant part of the American establishment was mixed in a cocktail with the tactical task of the new president to gain political points in negotiations with his opponents, with the amorphous nature of US foreign policy priorities, and with the apparent disagreement between individual departments and foreign policy figures. The American political system gives the impression of a dynamic chaos, where the range of decisions can be the broadest, and subsequent actions are poorly predictable. As a rule, such periods in any complex systems are rather short. Sooner or later the domestic political situation is to be stabilized. But such periods generate serious risks, both for the system itself and for its environment. Especially when it comes to a superpower like the United States.

The second factor is the general negative background of relations between Russia and the West. The potential for their instability accumulated at least since 1999 and reached critical level after the events in Ukraine. Many Western politicians and experts are inclined to put all the responsibility to the "aggressive and assertive" behavior of Moscow. Honestly speaking, Russia's foreign policy was not without excesses. But the role of the West in stirring up the situation is at least comparable and has a long history. Attempts of one-sided assessment of the current state of affairs, the mutual blaming each other for what is happening is further weakening the balance. The degree of ideological alienation between Russia and the West is growing. Conversations between Moscow and Western capitals turn into statements of directly opposite official positions. There are fewer and fewer opportunities for political solutions.

The third factor is the high volatility of the situation in Syria and the Middle East as a whole. Here the set of ingredients is also great. Contradictions between regional and extra-regional players, collapse of statehood or internal political turmoil in a number of countries, flowering of radical Islamism, disintegration of secular institutions and so on became entangled in a clew. The political fabric of the region is so thin that it is torn from slightest influences and provocations. 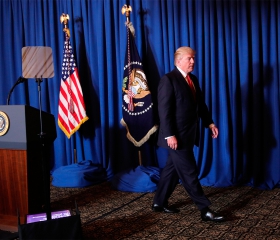 REUTERS/Carlos Barria
Alexey Khlebnikov:
Will U.S. Attack on Syria Be a Game-Changer?

The fourth factor is the presence of latent, but no less serious elements of instability. In Russia and in Europe terrorist attacks continue, people are dying, and radicals of all stripes celebrate just another victories.

In these conditions, the very fact of Rex Tillerson's visit to Moscow can already be perceived as an uncommon event. His British counterpart Boris Johnson demonstratively cancelled his visit, becoming leader of lobbyists for new sanctions against Russia. It is not necessary to expect progress on the most acute Russian-American contradictions. Nevertheless, the fact of direct talks between the two ministers makes it possible to minimize the damage from what is happening and make clearer priorities and strategies of both sides.

The chemical attack in Idlib and the American response, of course, are at the center of the talks. The best solution here could be an agreement to conduct the most thorough and objective investigation of the incident. All versions of the incident should be studied by an international group of experts and worked out in the framework of an investigation under the auspices of the United Nations. Moscow is more interested in such an investigation than anyone else, since what was happened strikes it the most. Regardless of who was behind the attacks - radicals, the opposition, some out-of-control military government forces, or Bashar Assad himself - it is Russia that suffers the most tangible political damage. Therefore, it is Russia that is interested in getting accurate data that will determine its further actions on this basis. However, the fact that the Americans and their allies rushed to blame the Syrian leader and already used force makes the prospects for such an investigation extremely vague.

The Syrian issue in the current conditions pushes other problems of Russian-American relations to the background. Now it will be much more difficult to put them into separate "baskets". Mutual accusations and accusations against Syria increase the discontent of both capitals on such issues as intermediate and shorter range missiles, strategic offensive weapons, missile defense, the balance of power in Europe, the situation in Ukraine and many others. In the heated atmosphere it will be extremely difficult to achieve any compromises in these areas.

More importantly, what is happening today creates new dangerous precedents, raises risks and makes quite realistic dangerous scenarios. What happens if, for example, in case of a new missile attack, the Russian military will suffer? What will happen if the American cruise missiles will be destroyed by Syrian or Russian weapons? What if in the event of incidents in the air or on the sea the US military will suffer? Such options are possible as a result of unintentional actions, and as a result of another provocation of third forces. 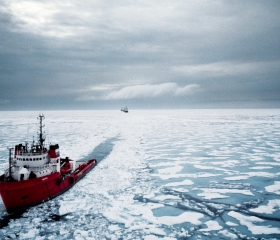 No less dangerous is the changing style of Russian-American dialogue. There is the risk of slipping into an exchange of ultimatums. And this is not good for everyone. Today we cannot exclude the scenario that in case of another incident Russia will meet a tough demand to withdraw its military presence in Syria under the threat of launching a full-scale military operation against government forces regardless of Russia's presence. Obviously, Russia is unlikely to backtrack in this case, while the retreat of the Americans will mean a loss of face for Trump. This could bring to a military clash between the two states in Syria and the subsequent escalation.

An alarming symptom is also that calls for mutual restraint and the restart of dialogue, solution of common problems like terrorism, are already perceived as obsolete and irrelevant. Dialogue is devalued. The escalation funnel risks to absorb those areas of Russian-American cooperation where both sides are interested. It also destroys the fabric of informal dialogue at the level of experts, business and civil societies.

Relations between Moscow and Washington experienced many ups and downs. The current fall risks to be long. In such circumstances, each meeting of high-ranking diplomats becomes critical, and the price of error is extremely high.

Rate this article
Share this article
FOLLOW THE LATEST DEVELOPMENTS
Project
Russia and the US: Problems in Bilateral Relations, Regional and Global Challenges
Related materials
A Roadmap for U.S.-Russia Relations

Executive Summary of the CSIS and RIAC Report