Political crises and controversies regarding a number of issues hardly set aside the need to build trust on specific issues, without mentoring, arrogance and sarcasm on either side

The Carnegie Moscow Center’s web site has published an article by my colleague Sabine Fischer: “From Gas Pipeline to Navalny. What Russia Doesn’t Get About Germany"

Liana Fix:
The Times for a Special Relationship Between Germany and Russia Are Over

She attempts to reflect on the aggravation of relations between Russia and Germany in the context of the Navalny case, and also to answer why Moscow mistakenly perceives German policy towards Russia. The key point of the article is that the incident with Navalny is just the latest episode in the story of Germany's long-term disillusionment with Russia. It began no later than the 2011 Duma elections, which were swiftly followed by the 2012 return of Vladimir Putin to the presidency. The events in Ukraine, the war in Syria, alleged US election interference, cyber-attacks, the Skripal case, and now the situation around Navalny, caused more and more frustration in Berlin. At the same time, Germany is mistakenly perceived in Russia as a “special partner” that better understands Moscow's motives and acts as a mediator in solving difficult situations. In fact, Berlin is actively promoting EU interests in the post-Soviet space, continuing its policy of active integration of its Eastern European neighbours into the EU space.

Russia is increasingly perceived in Germany as a threat. The Kremlin either does not know this, or does not understand, or is generally indifferent to all this.

In fact, the issue of perception and motives is one of the key elements in international relations. There have been many cases in history when errors in the perception of the motives and actions of the opposite side led to severe crises. From the point of view of human nature, such mistakes are inevitable. We have different experiences, cultures and views. The differences are multiplied by large human communities, like states. Perceptual patterns can be extremely inertial. In politics, they are also often distorted and subjective.

It would seem that scientists could unravel the tangle of motives. But they are human beings too. Max Weber’s ideal was a pursuit of social sciences that was unencumbered by cultural values. However, this ideal is hardly attainable. Karl Popper warned about the impossibility of objective knowledge. The alternative is to leave it open to criticism and constant re-verification: "The objectivity of science is not a matter for the individual scientist, but rather the social result of mutual criticism, of the friendly-hostile division of labour among scientists, of their co-operation and also of their competition." Popper Karl R. The Logic of the Social Sciences // Popper Karl R. In Search of a Better World. Lectures and Essays from Thirty Years. London: Routledge, 1992, pp. 64-81.] Employing a critical method in assessing politics is especially important. Politics is woven from ideology. It is dogmatic and can hardly be otherwise. Critical method and discussion are almost all that allow us to look at perceptions and motives from different angles. A scientist brings empathy to politics. He takes the position of each of the parties, trying to understand its motives and driving forces. For a long time, we have been conducting a discussion about relations between Russia and the EU within the framework of the joint expert group EUREN. In the spirit of such a critical discussion, I will try to offer my quick take on perceptions and motives, as well as their reflection in our politics. 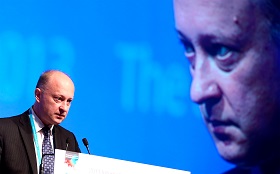 The West has long been trying to decipher the "genome" of the Kremlin's policy. Many of these attempts are interesting and original. However, I see in them at least one systemic problem. It consists of an attempt to find a universal scheme or explanatory model of Russia's policy, which would make it possible to understand it in its entirety, that is, to generalise many separate events in one scheme. A similar style of thinking is generally characteristic of the enlightenment model of cognition - to find a rational scheme or pattern and use it to explain a lot of events. We have absorbed the ideals of the Enlightenment for several centuries. But they are not free from flaws. The main problem is that often fundamentally different events are linked into a single canvas. From the point of view of this model, it looks quite logical and harmonious. But in reality, such events can have completely different reasons. For example, there is temptation to link the five-day war with Georgia in 2008 and the events in Ukraine in 2014 to a single rationale. In fact, each of these episodes had its own reasons and motives. They can be generalised about in theoretical terms, under the heading of "Moscow's aggressive policy". And in fact, it provides a clear picture for perception, gives the scientist a certain intellectual comfort - here it is the key to understanding what's going on. In practice, however, this is unlikely to explain Russia's behaviour on a case-by-case basis. A lot of detail remains in the shadows. Another example of such a model is the notion of “the Putin regime”. A similar model is found in scientific works and in political texts. Through the conditional regime or personality, different events are linked. One involuntarily develops a feeling that certain individual figures or institutions are omnipotent, which is difficult to perceive without scepticism. No doubt, leaders and institutions matter. But can we put them at the centre of the whole model? This is a big question.

Ironically, Russia's perception of the West follows similar patterns. We also build our models, and using the same logic, we try to rationalise them, combining events that are weakly related to each other into one canvas. "Colour revolutions" are seen as part of a single, insidious plan. Publications that are critical of Russia are seen to signify a common front in the information war. Washington’s involvement in Yugoslavia, Afghanistan, Iraq, Libya and Syria are seen a manifestation of US hegemony. Migrants, LGBT minorities, populism and protests are all seen as signs of the imminent decline of the West. Both Russia and the West continue to rely upon clichéd models of thinking when observing one another.

Obviously, we find it difficult to live without such models. This is how our thinking works. And our capacity for rationalisation also creates the illusion of the correctness of the model. Assured of the veracity of our beliefs, we earnestly spread our convictions, and this reflection of reality begins to resemble a sermon. We ourselves should treat the products of our thinking with a healthy dose of scepticism and self-criticism.

What exactly does this mean if we seek to understand the motives behind the policies of Russia and Germany?

In “decoding” Russian politics, it seems to me that it’s important to take into account the character of Russia as a player in the international arena. It is a great power, and its security interests play an essential role in determining the motives which determine its behaviour. Feelings of vulnerability and defensiveness are an important driving factor in Russian politics. In its own way, this also leads to a distorted view of reality. But many of Russia's actions are typical of the behaviour of large and small powers pursuing their own interests. The ‘blame game’ is usually unproductive in diplomacy. But from the moral point of view, Russia's operation in Syria is hardly better or worse than the US operation. The poisoning of the Skripals was just as disgusting (no matter who committed it or why), as the dismemberment of journalist Jamal Khashoggi. The murder of ‘Tornike’ Khangoshvili, from the standpoint of morality, was no better or worse than the hit on General Qasem Soleimani. The alleged Russian attack on the Bundestag servers and the scandal involving the US wiretapping of the German Chancellor should be seen as similar offenses. This list can be long, and it is unpleasant; some of the worst foreign policy decisions seem to come from the same bag of tricks, regardless of their instigator.

Does it mean that such events should be ignored? No. Morality requires the condemnation of any such action, regardless of its origin. And real policy requires concrete measures of containment. The problem is that in politics, both condemnation and deterrence are selective. We condemn one thing, but close our eyes to another. We restrain some, but avoid contacting others. Russia has been and will be an inconvenient partner for many. For Russia itself, some allies will be perceived as inconvenient. The question is: how exactly can such “inconveniences” be managed? I think there is no general outline here. Each challenging episode will require its own separately tailored, ad hoc approach.

Ivan Timofeev:
The Troika Rears its Head Once Again

The art of diplomacy itself is about "managing inconveniences".

As for the perception of Germany in Russia, there are also difficulties. Apparently, there is no unified and holistic perception of Germany in Russia. It fluctuates, and is beset by a wide range of stereotypes. Some underestimate Germany ("Washington's vassal"), while others overestimate it ("the European bulldozer"). However, the opinion that Germany is a special partner for Russia does seem to be quite widespread. There are many reasons. They include the volume of economic ties, and the track record of past relations, which could really be considered exclusive. In Russia, apparently, Germany is perceived as less aggressive than the United States, and as more pragmatic and less Russophobic in comparison with the former Eastern European allies and Soviet republics, while being geographically and economically closer than the rest of Western Europe. Of course, all this hardly means that Germany would be knocked out of a common European or transatlantic policy on key issues. Therefore, I am sceptical about the widespread thesis that Germany's "special approach" to Russia ends with the Navalny case. The change in attitudes among Germans towards Russia is a long-term trend, and there is no doubt that it is negative. I also don’t think that Russians themselves are ignorant of this trend, nor do I think that they don’t understand or are indifferent to it. The question is, what exactly should Russia do to correct, it and does Moscow have sufficient motivation to do so? If Berlin is demanding that Moscow “confess”, promise “not to do it anymore”, and surrender on a number of specific positions, then it shouldn’t expect much. Surrendering positions for the sake of a good relationship is definitely not among Moscow's plans.

On the other hand, it would be a mistake to let the situation take its course and ignore the rapidly deteriorating relations with Germany. The problem exists, and it requires serious attention in Russia. Germany and Russia have a large volume of specific, lucrative projects which both nations stand to gain from, as well as many common interests. Political crises and controversies regarding a number of issues hardly set aside the need to build trust on specific issues, without mentoring, arrogance and sarcasm on either side.

The road to Moscow does not lead through Berlin alone, but also through Brussels

From “Selective Engagement” to “Enlightened Realism”?

Since the European and Russian Elites Are Never Going to Agree on Values, Relations Should be Built on Interests Instead

The Troika Rears its Head Once Again

Threats for Russia: From the Past to the Future

Why the “Coronavirus Ceasefire” Never Happened

Neither the coronavirus nor the economic recession will automatically lead to a détente, let alone a reset in relations between Russia and the West