The aftermath of the Helsinki Summit on July 16th was controversial, especially for the American side. However, judging from the statements by the Russian president (and some tweets by his American counterpart), two major arms control treaties were discussed: the Intermediate-range Nuclear Forces (INF) Treaty [1] and the Treaty on Measures for the Further Reduction and Limitation of Strategic Offensive Arms (New START). There are issues with both of them, but they remain key to preserving strategic stability and global security.

Over the last week, Vladimir Putin repeatedly claimed that Russia is ready to overcome the existing roadblocks that threaten the former treaty and prevent the extension of the latter beyond 2021. He mentioned this during the joint news conference following the talks, in his interview with Fox News and subsequently at the meeting of Russian ambassadors held in Moscow. 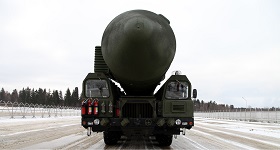 Dmitry Stefanovich, Ivan Kalugin:
On the Balance of Strategic Nuclear Forces. The simulation model of SNF “interaction” for first, launch-under-attack, and second strikes

Information from the US side was much more scarce. The White House’s statement on the continuation of dialogue between national security teams was very vague, to say the least. But, even in the absence of full clarity about talks in Helsinki, we can still make some suggestions about the next steps which could (and should) be taken.

The extension of New START seems like an “easy win”, as many have previously argued. However, there are several potential pitfalls which should be mentioned.

Firstly, President Putin himself made two important comments, claiming that there are “questions for our American partners” regarding their compliance with New START which have to be discussed at an expert level, and that “we could have lived without the Treaty” in the first place. On the other side of the table, there is President Trump, who is categorically opposed to all the achievements of the previous Administration. We can hope that direct talks helped both leaders to understand the value of New START, but still interpersonal dynamics may play an important role.

Secondly, Russian criticism regarding US compliance does not appear to be extremely significant, but it does illustrate the shortcomings of New START. The main questions are about the irreversibility of “launcher reduction” (i.e. launch tube “sealing”) on Ohio-class submarines and the “denuclearization” of B-52H bombers. Another issue, often debated by both sides, is the rule whereby each heavy bomber is counted as one nuclear warhead. This debate will become even more heated as soon as the new generation of air-launched weapons (LRSO in US and Kh-BD in Russia), and bombers (B-21 and PAK-DA) enter service, not to mention hypersonic systems. These shortcomings may lead to negative consequences in the event that both parties agree to lower the ceilings further, while simultaneously developing new delivery systems.

Thirdly, simply extending New START will not greatly improve arms control in the long run. Any further reductions must envisage the involvement of other nuclear powers to join the currently bilateral nuclear arms control process. For this next phase to start, the two countries must agree on ceilings but also improve communication [2] (including military-to-military) and begin work on precise, agreed, and approved (!) definitions for terminology and broader concepts related to nuclear weapons policy and strategy: deterrence, strategic stability etc. The latter process may start as a Track II discussion. 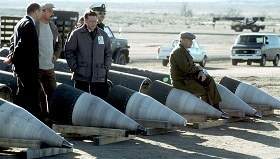 The INF is a tougher topic. Both countries have officially accused each other of breaching the treaty, while denying the accusations of the other side. The US has already codified its accusations which, for example, serve as the justification for sanctions against enterprises involved in the production of 9M729 cruise missiles. Moreover, the inspection system outlined in the INF is outdated. There are plenty of new systems which could not be envisioned back in the 1980s, and even the original state-party to the INF is no longer there. The Special Verification Commission (SVC) under the INF has met several times recently, but yielded few results (at least officially).

On the positive side, one of the aggravating arms control elements in Russian-US relations seems to have been removed from the equation: reportedly, Rubezh the “light” road-mobile ICBM project has been stopped [3]. Still, given the current confrontational state of affairs, there is a lack of willingness to solve the problem by “removing” other controversial systems. Reasonable suggestions to resolve the issue within the treaty framework may not work in the current climate. Even if Russia displays the 9M729/SSC-8, US inspectors may claim that it’s a ‘fake’ as there may be some modular add-ons for the missile or for the launcher to increase the range. Vice versa, software modifications to limit the capabilities of Aegis Ashore launchers to missile defense, may not look sufficiently credible for Russia. Furthermore, it’s almost impossible to find a reason to allow physical modifications to the system, since its modularity was designed to cut costs.

Nevertheless, there may be other options to break the INF stalemate.

Firstly, both sides could demonstrate their goodwill. Russia, for example, could invite foreign journalists and military attaches to a test range, show the 9M729 missile, a launch and the resulting impact crater.

Secondly, new tracks for dialogue should be opened. The US and Russian governments cannot be seen to lose face, as the current conflict had gone too far. However, if the solutions come from allies – NATO for the US and CSTO for Russia, as both organizations released statements supporting the INF – it may be more viable. 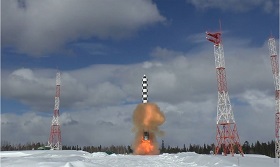 Dmitry Stefanovich:
Strategic Stabilization: A Window of Opportunities for Russia and the U.S.е

Thirdly, there’s a slight possibility of INF multilateralization, given that Russia and the US tried to do so after 2007, and the INF is already multilateral in a limited way. Further enhancement of Missile Technology Control Regime looks useful for these ends, at least with regard to language synchronization, glossary updates etc.

Finally, changing the name of the game from ‘elimination’ to ‘limitation’, both in terms of geography and payload type, should be explored. The parties may agree that nuclear-armed short, medium and intermediate range missiles are not permissible, but conventionally armed missiles may be deployed in regions where other countries possess relevant systems. This may be rather easy with Europe [4], much more difficult in Asia [5] , the Middle East, and the Pacific (where China is the elephant in the room). The control and verification process for such an agreement would be extremely hard and require a high level of confidence. But in the case of success, this could become a powerful confidence-building measure.

1. The official name of this document is “The Treaty Between The United States Of America And The Union Of Soviet Socialist Republics On The Elimination Of Their Intermediate-Range And Shorter-Range Missiles. In Russia, its name has remained roughly the same, emphasizing the range of delivery vehicles. Somehow in the West, the abbreviation of the Treaty became the ‘INF’, underlining the “nuclear” dimension

2 On March 1 2018 President Putin showcased new nuclear delivery systems capable of defeating and penetrating existing missile defense systems. Looking back now, the speech seems to have been perceived by the American side as more of a threat than an invitation to dialogue, even though this may not have been the case. This is a communications disaster both for domestic and external audiences as missile defense remains an important element of Russian grievances towards the West.

3 Rubezh is said to have been frozen in favor of the Avangard Hypersonic Glide Vehicle, although there are reasons to believe that these two projects may have been related somehow. U.S. experts and legislators had previously voiced concerns that Rubezh was a smokescreen for the deployment of intermediate-range ballistic missiles banned under the INF. However, any ICBM in service is capable of hitting targets on ranges shorter than 5500 km, an agreed ‘watershed’ between intermediate and intercontinental ranges.

4 Ukraine has its own missile development projects, which may be a hurdle as it is already a party to the INF Treaty.

5 Kazakhstan’s involvement may be tricky: Astana takes well-deserved pride in being a nuclear disarmament champion, but it is also a party to the INF Treaty and may have its own vision of multilateralization efforts.