The Korean Peninsula: A Crisis of Diplomacy and the Triumph of the Law of Force?

Doctor of Economics, Professor of Oriental Studies, Director of the Asian strategy center at the Institute of Economics of the Russian Academy of Sciences

The latest flare up on the Korean peninsula has attracted the world’s attention to a region that is of great interest to Russia. North Korea and the United States are worlds apart, while Russia and Korea are separated by a single river. And the recent nuclear tests carried out by North Korea, as well as the planned missile launches, must surely have raised eyebrows in Moscow. All the more so, as a serious political battle among leading powers has started to unfold over the issue, including within the United Nations.

The latest flare up on the Korean peninsula has attracted the world’s attention to a region that is of great interest to Russia. North Korea and the United States are worlds apart, while Russia and Korea are separated by a single river. And the recent nuclear tests carried out by North Korea, as well as the planned missile launches, must surely have raised eyebrows in Moscow. All the more so, as a serious political battle among leading powers has started to unfold over the issue, including within the United Nations.

Is there cause for concern here? Could a conflict between both Koreas that is capable of drawing the world’s leading powers of China, Japan and Russia in erupt on Russia’s doorstep? Could such a conflict involve weapons of mass destruction?

Today, we can make the rather paradoxical assertion that the Korean peninsula is one of the most predictable regions in the world (compared with the Middle East), where, despite all the tension and contradictions, a large-scale war is unlikely to take place.

After the attempts of Kim Il-sung in 1950, with the support of Joseph Stalin and Mao Zedong, to “communize” the Korean peninsula failed, any hopes of achieving real peace (including in the legal sense) in the region also vanished. For both North and South Korea, the war never ended. Tensions rise and fall like the seasons change. But today, hardly anyone actually believes that the North Korean leadership, which is interested in preserving statehood and protecting its regime, would take military action, even if it is only preventative, as this would mean total collapse for the country. The North Korean threat that is bandied around does not stand up to impartial analysis. Pyongyang is fighting for its survival, and is not averse to making some kind of agreement. However, North Korea will not accept the South Korean government as a partner that is capable of making the necessary decisions. 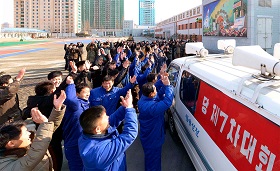 To be sure, for the past 25 years, South Korea has been convincing itself that the “collapse of the dictatorship is not far off” and all it needs to do is wait for the right moment to unify the countries on its own terms. And seeing as though the North Korean military refuses fight because of the unacceptable damage this will cause, it is necessary to undermine the regime from within. This is the essence of Seoul’s current policy towards Pyongyang – to combine pressure and sanctions with sabotage and isolation of the region from both within the country and from the outside.

But the regime refuses to collapse. Political stability in the country remains, and the economic situation in North Korea has even improved in recent years. For decades, North Korea refused to follow the Chinese example of implementing reforms in order to breathe life back into the economy and feed the population. But reforms began anyway, as if by themselves. It was back in the 1990s that the starving North Korean population learned how to survive. A semi-legal private sector appeared, and today there is an entire class of “new Koreans” that have made their fortunes in trade and small business. The “market” sector was bolstered by enterprises and companies that were formally owned by the state, but which in actual fact are controlled by rival groups of bureaucrats, military leaders and intelligence agencies. With remarkable cynicism, the “communist regime” is turning a blind eye to these practices, while at the same time promoting its line that North Korea practices its “own kind of socialism”. Kim Jong-un, who was educated in the West, would probably like to go further and legalize family-owned business in agriculture, market relations and industry.

For Pyongyang, the foreign policy ideal is to achieve recognition from Washington. It is only through reaching an agreement with the United States that North Korean strategists can see the survival of their country being guaranteed.

However, it is difficult to liberalize economic life when your fortress is under siege. And this is another reason why Pyongyang wants to make peace with its enemies. In August 2015, Pyongyang even sent some influential leaders headed by the country’s “second” in charge to South Korea, with the aim of agreeing on a new kind of relationship. But the conservative leadership of South Korea is uncompromising – the only way out of the situation, as they see it, is to unify the two countries, or, more precisely, for South Korea to absorb North Korea. All the while North Korea remains in isolation, with almost no allies. Even China has expressed growing dissatisfaction with Pyongyang.

For Pyongyang, the foreign policy ideal is to achieve recognition from Washington. It is only through reaching an agreement with the United States that North Korean strategists can see the survival of their country being guaranteed. The maximum it can hope for is to find a political balance between the United States and China. 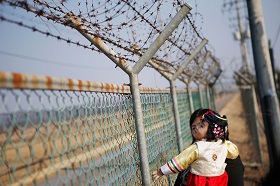 REUTERS/Kim Hong-Ji
Gleb Ivashentsov:
Korea’s Wound That Will Not Heal

However, the American establishment does not recognise the despotic regime, which has long since been the horror story for the country’s population – the antithesis of the ideals that encompass the “American dream”. And bringing down that bulwark of dictatorship, something they couldn’t do in the 1950s, is a matter of honour. Tactical compromises are possible, but the overall aim of achieving a regime change – the equivalent of the South absorbing the North – has remained unchanged in the decades following the war.

North Korea’s response is entirely predictable – militarization and mobilization (called “songun” since Kim Jong-il came into power). At the same time, the image of the enemy allows you to keep a tight rein on the people. And the best way to prevent such a scenario in Pyongyang’s eyes is through nuclear weapons. Kim Il-sung dreamt about it ever since the first nuclear tests in the USSR and China. And Pyongyang has not deviated from this course, carrying out test after test. The North Korean leadership rather cynically believes that the Americans only respect power, and the only way for them to see North Korea as a force to be reckoned with is by displaying serious military potential, whether they like it or not. North Korea has never believed in the effectiveness of the law and after Yugoslavia, Iraq and Libya even more so.

The negotiations on the nuclear issue that have dragged on for years now only mask that obvious fact, with each side pursuing its own aims. North Korea wants security guarantees and recognition, while the United States and South Korea are playing for time, waiting (in accordance with the theory developed by their political scientists) for the “inevitable collapse” of the regime. Realizing this, Pyongyang is developing its nuclear potential, so as to the make the cost of such a decision unacceptably high. At the same time, it can use this to make ever-increasing demands at future negotiations, and could even resort to the threat of using its weapons of mass destruction as a form of blackmail. The spiral of tension is getting tighter with each passing year. And as long as the United States and South Korea maintain their current approach, the situation is unlikely to change.

Russia is forced to not criticize the situation in North Korea, and is restrained in its response to the country’s nuclear exercises. Experience has shown that the worse the relations with North Korea, the less other countries tend to listen to Russia’s opinion on the Korean issue.

How to be Neighbours

It is obvious that North Korea’s growing military potential pleases no one. China is in a particularly difficult situation. It has to defend a country that is “ideologically close” to it (in a formal sense more than anything else), and for whose independence a million “Chinese volunteers” fought (many of them giving their lives for the cause, including Mao Zedong’s own son). From the point of view of geopolitics, preserving the South Korean buffer that prevents the appearance of thousands of U.S. and South Korean troops along the 1000-kilometre long border between Korea and China is imperative for Beijing. 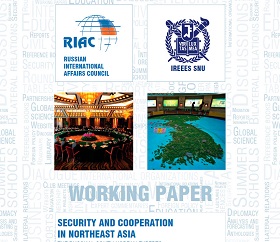 However, the young Kim Jong-un listens to the Chinese even less than his father and grandfather did – and even throws down the gauntlet to them – despite the fact that China is essentially the hand that feeds him (North Korea would be in an extremely difficult position indeed if China did not supply oil and aid). Beijing has let Pyongyang know that this will not last forever, but is nervous about U.S. pressure to increase sanctions against North Korea, realizing that it is pointless.

What are Russia’s interests in the matter? The USSR essentially founded North Korea, but its “offspring” soon overtook it in terms of the rigidity of the system and the fact that it values independence above everything else. Following the collapse of the USSR, relations all but ceased and Russia’s influence on North Korea became almost non-existent. Russia is forced to not criticize the situation in North Korea, and is restrained in its response to the country’s nuclear exercises. Experience has shown that the worse the relations with North Korea, the less other countries tend to listen to Russia’s opinion on the Korean issue.

Russia is interested in normalizing the situation and developing dialogue and cooperation between the two Koreas in many areas. First, this will reduce the possibility of conflicts, as the nuclear and conventional weapons race will slow down to a halt. Second, it will limit the ability of the United States to strengthen its presence near the Russian and Chinese borders. Third, tripartite projects between Russia and North and South Korea will become possible (railways and logistics infrastructure, oil and gas pipelines, power transmission lines). Reducing tension in Northeast Asia will allow multilateral economic projects to be carried out with the participation of China.

However, calls for resolving differences by political and diplomatic means have thus far gone unheard. The prospects for resuming the six-party talks are also unclear (South Korea is only just beginning to get past the idea that the talks are “five-against-one”, a “united front” against North Korea). In 2003–2008 in the West, the talks have been seen as an instrument for getting rid of North Korea’s nuclear programme, rather than as a comprehensive settlement that takes the interests of all the countries into account (even if Washington is not enamoured with their political system). No one is interested in the arguments that removing the North Korean leadership could create the possibility of a establishing a more liberal regime, ensuring its evolution from a totalitarian to an autocratic regime based on nationalism. North Korea has included its nuclear status in its constitution and has no intention of taking it out.

When goal-setting is linked to eliminating the enemy – as appears to be the case with the United States – diplomacy does not work. Only power remains. And nuclear power is no exception.