Last week a group of politicians and experts met in Beijing to discuss the topic of topics for any international relations scholar: New Players - Old Rules? The Global Order in Transition. The choice of venue was not accidental, as it is China and its phenomenal rise that creates the most challenges to the world as we know it. This article is not an exact account of what was said and what wasn’t at this highly intellectual event, but more of a set of notes on the margins, some thoughts and impressions.

Last week a group of politicians and experts met in Beijing to discuss the topic of topics for any international relations scholar: New Players - Old Rules? The Global Order in Transition. The choice of venue was not accidental, as it is China and its phenomenal rise that creates the most challenges to the world as we know it. This article is not an exact account of what was said and what wasn’t at this highly intellectual event, but more of a set of notes on the margins, some thoughts and impressions.

Let us get one thing right from the onset - the state is not going anywhere. There has been a lot of talk over the years that with economy, technology and the human rights movement empowering individuals, businesses and civil society, the state as the main actor in world politics will face a relative decline in its significance. It seems that governments have heard these rumors and took them seriously - with a decisive comeback.

What all the non-state subjects are still unable to do is provide the basic need of every human for order and security. Instability seems to have once again become commonplace all over the world, and voters are feeling a certain nostalgia for orderly times. Good old great power diplomacy is back and is once again at the center of any peacemaking effort from Ukraine and Syria to the Korean Peninsula and the South China Sea. Behind most of the rational approaches to global politics today there is a firm belief that statehood is better than statelessness, because only with a monopoly on violence can order be maintained at a given piece of land.

This is why the Westphalian system is certainly here to stay. An amazing majority of both Asian and European participants were explicit about this position, not expecting any substantial challenge to state sovereignty as a central concept in world order. Not the common good, not joint development, but classic independence, territorial integrity and non-interference were put in the spotlight, perhaps a reaction to persistent violations thereof in latest history. 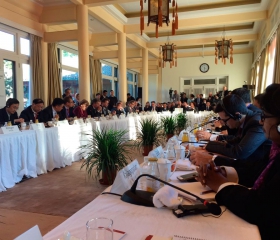 Not only was Westphalia a paradigm that was predicted to enjoy continuity, it was heralded to do so, not to the least by Chinese participants. They insisted that changing the world order was not Beijing’s intention. Partial reform and an adjustment of sorts was definitely desired, but the guiding principles and the overall structure was to remain the same. China is a product of the world we live in and it continues to extract enormous benefits from how the world economy and political system works.

But how is the world to adapt to China’s undeniable rise? The Bergedorfians were divided on whether the Dragon is active enough. Some pointed to China’s increasing activities in international organizations, integration formats, UN peacekeeping operations, massive trade, investment and development projects. Others, however, were still looking for more diplomatic and political participation on global issues like Syria and Afghanistan, thus stating that China is not a great power just yet. I think these differences stem from a profound difference in what two of the camps mean by ‘great power’.

When China-pessimists (let’s call them that for the lack of a better term) say that China is not on par with other great powers, what they actually mean is that it is not acting as one. They imply that being in the WTO and the UN Security Council is significant, but a great power is still defined by being able to act outside of the lines, breaking fences and engaging in Realpolitik like one of the big boys. This is why China is pushed by the West to take a more proactive stance on Ukraine and Syria. They hope that Beijing will be ‘on the right side of history’ and are challenging it to live up to the expectations.

But when China acts like a ‘normal’ superpower in its own neighborhood, Western observers get frustrated. What many of us asked ourselves is one of the hardest question in contemporary IR studies: can China rise peacefully? Is it imminent for any rising power to hurl fear onto smaller states of the respective regions, pushing them away? Chinese ideology is built around the elusive concept of ‘harmony’, which is essentially a counterposition to how the empires of yesteryear rose. The argument is that Britain, Spain, France, US and the Soviet Union have all been growing in an expansive and aggressive manner, eventually driving away other states, overstretching and entering a stage of decline. China is supposed to avoid these mistakes.

Most of the Western speakers, however, were skeptical about the ‘harmonious’ nature of China’s rise. The South China Sea is a vivid manifestation of the big power-small power dynamic, with the Philippines and Vietnam getting more and more unnerved by Beijing’s growing assertiveness. Perhaps it is simply the passive might that scares small states away, or the strong temptation to use power if you have it that is experienced by dominant players. 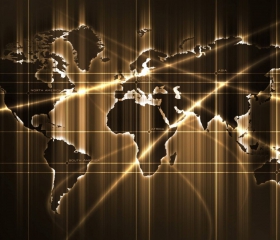 www.buscarfondos.com
Andrey Kortunov:
Avoiding a New Bipolarity — What Can We
Learn From the Recent Past?

Another reason for China to likely follow the path of other great powers is that trade, investment, infrastructure and financial mechanisms are bound to be accompanied by political engagement as well. As one of the participants put it, if Central Asian states get a lot of Chinese investment, they will one day come to Beijing for advice on how to solve their development problems. And this, perhaps, is where China will have nothing to say. Beijing’s ‘no strings attached’ policy and overall denial of any kind of universality if development models is one of those things that actually makes it less attractive as a power center.

Being big, strong and rich will not be enough for China. It will also have to explain how one gets that big, that strong and that rich. Those disappointed by Western political and economic development models will inevitably look for other sources of statebuilding inspiration and if they don’t find anything in Beijing (or Moscow), they are likely look further. The implications of this for the US are also significant. What a participant said is that ‘if the US still wants to lead it will have to do so differently’. So if America finds a way to adjust its global leadership model and China does not come up with one, the former’s relative decline may might as well be delayed for some time.

But how do regional and global powers stop driving away their neighbors? Is it at all possible not to fall into this trap? This was a question often asked on the sidelines of the Bergedorf Roundtable regarding Russia and the post-Soviet space. Perhaps trust was the recurring concept that surfaced in this context. Trust is essentially an a priori belief in the good nature of one’s intentions. It can be intuitive, say, for partners who have little history of interacting, and it can stem from previous experience. This is most often the case, and definitely applicable to Russia and Europe. Trust comes from practice, it is to be earned and developed over time and not simply proclaimed.

When there is mistrust, there is negative framing, which creates skewed interpretations for any of the counterpart’s actions, no matter how much goodwill there is in them. Mainstream Western media saw Russia’s operation in Syria as nothing other than imperial ambition and an attempt to keep a tyrant in power. These aspirations may still be there, but that is not a reason to turn Moscow’s motivation upside down and ignoring Russia’s actual will to fight the Islamic State.

A way out if this quicksand, when the more you try to get out, the deeper you sink lies in thinking about interpretations and public responses even more than about the actions themselves. It is not what you do, but what is the worst way your move can be interpreted, that we should consider. Reducing publicity and exercising extreme caution are perhaps the only way not to make things worse. Baby steps, Russia and Europe, baby steps.

The 160th Bergedorf Roundtable took place on October 28-30, 2015 in Beijing, China. It was organized by the Körber Foundation and partnered by the International Department of the CPC Central Committee. A group of about 30 politicians and foreign policy experts from Europe, China, India, Japan, South Korea, US and Russia discussed the global world order and changing rules of international engagement. The author expresses his gratitude to the whole event team and all the participants for valuable contributions and frank opinion exchange.

Rate this article
Share this article
FOLLOW THE LATEST DEVELOPMENTS
Project
Studying the New World Order
Tags
China, Bergedorf Roundtable, World order, Westphalian system, West
Reader's choice
HideShow
Searching for a New World
Twelve Steps Toward Greater Security in Ukraine and the Euro-Atlantic Region
A Crisis Management Mechanism in the Middle East Is Needed More Than Ever
The Answer to West Asia’s Recurring Wars Is Greater Regional Security Dialogue and Ownership
A Plea to Save the Last Nuclear Arms Treaty