Is social media only a trigger of terrorism or it can actually be a tool to counter it?

Kathleen Hicks: I think it’s both. In the security sector we do tend to focus on the threat it poses but, without any doubt, it can be an amplifier for moderate voices. It allows intelligence agencies to follow information more readily than they often are able, particularly areas like Syria where it is hard to get information out. So it provides both an intelligence source in a positive sense, and it can have a possibility of amplifying moderate voices as well.

Kim Cragin: If we talk about social media, it can be used both to recruit terrorists and dissuade them. It can be applied to counter the message distributed by propagandists to recruit terrorists, but we can always do it more effectively. So, there’re positive and negative sides of the story, just like with any form of media. 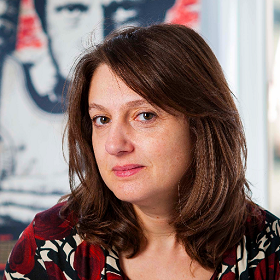 Olga Oliker: I think the challenge is whether governments can use social media to counter terrorism. A lot of attention is paid to those people who are prone to anti-government beliefs, whatever ideological, religious, other strife. Anything that is backed by the government is a suspect, so I would argue that social media absolutely can be a counter. Governments can’t do much about it directly because they are not trusted. There are all sorts of voices on social media: moderate voices, can use it no less than radical ones. Nevertheless, by trying to support moderate speakers governments can actually undermine them.

How can the US and Russia cooperate in order to counter terrorism?

Kathleen Hicks: There are limited abilities to do that bilaterally. However, I do think working through the law enforcement sector in order to control money, arms and foreign fighter flows in and out of, in particular, Iraq, Syria region, holds the most promise. 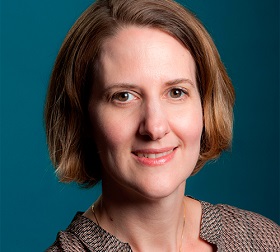 Kim Cragin: From my perspective there are two possibilities for cooperation in US-Russia relations. The first one is the existing broad multilateral talks, specifically with respect to the Syria ceasefire. I think there are opportunities to come up with a way to deal with the foreign fighter returnees. The second is the law enforcement level: there might be more cooperation at the small exchanges.

Olga Oliker: Terrorism is tactic, we use it as short hand in different things and we talk about it. When we talk about the relations between Russia and the United States, we need to understand, where interests are shared and where they are not, to identify the areas where cooperation might either work effectively. We actually can cooperate and do something together. For instance, share intelligence, although it is difficult because intelligence agencies often have a hard time working with other intelligence institutions within their own countries, much less with foreigners. It is something we talk about a lot. I think law enforcement cooperation, identifying areas where cooperation is possible and sharing lessons learnt through both past cooperation and past activities. It’s a very difficult task to address.

How can we make our efforts more effective? Should there be an elaborated long-term strategy or ad hoc cooperation is enough? 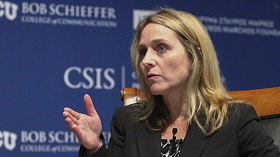 Kathleen Hicks: Our efforts will be more effective if we go through international approaches, through the UN or multilateral agreements. And if we were to choose between ad hoc collaboration and elaborated strategy, I would say that at this point it will probably be the first one.

Kim Cragin: For now, taking in consideration the stage of our relations, cooperating through the United Nations, the existing ceasefire talks in Syria should be sufficient. Still, at a smaller lever we might start with ad hoc, meaning something built on that.

Olga Oliker: I think ad hoc works on an ad hoc basis. Eliminating something because it’s unknown might be wrong. Nevertheless, if you identify a problem, you can do something about it, and you should do it, right? Taking small steps can be the only way forward. If you see that the relations are improving, then you can institutionalize things a bit more. I think that’s a longer term perspective but there’s room for both. There always will be easier or harder times.