Over recent years, the South China Sea has lived up to its reputation as one of the hotbeds of instability of Asia Pacific. However, in 2002 China and the Association of Southeast Asian Nations (ASEAN) signed the Declaration on the Conduct of Parties in the South China Sea. This document regulates the policy of the countries that claim the disputed territories. One of its provisions envisages the development of a code of conduct for the South China Sea, which will determine the final parameters for settling the dispute. Currently ASEAN wishes to speed up the replacement of the 2002 Declaration by the Code. Will the Association be able to carry out this design?

Over recent years, the South China Sea has lived up to its reputation as one of the hotbeds of instability of Asia Pacific. However, in 2002 China and the Association of Southeast Asian Nations (ASEAN) signed the Declaration on the Conduct of Parties in the South China Sea. This document regulates the policy of the countries that claim the disputed territories. One of its provisions envisages the development of a code of conduct for the South China Sea, which will determine the final parameters for settling the dispute. Currently ASEAN wishes to speed up the replacement of the 2002 Declaration by the Code. Will the Association be able to carry out this design?

In order to answer this question it is necessary to examine the attempts of the Association to develop the Code of Conduct of Parties in the South China Sea (hereafter "the Code") not only at its current stage, but also retrospectively.

The first use of the term “a code of international conduct over the South China Sea” was recorded in the 1992 ASEAN Declaration on the South China Sea. However, the Declaration did not define the parameters of the future Code, its geographic coverage etc. Nor are they mentioned together with the Code itself in the declaration adopted by ASEAN in 1995 “On the recent developments in the South China Sea” (For more details on the ASEAN policy with regard to this issue in the first half of the 1990s see Kanayev E.A. Conflict around the South China Sea Islands: history, character of settlement, and prospects for evolution. M.: Gotica, 2007. – p. 150-155).

Nevertheless, as early as the following year, the ASEAN Ministers of Foreign Affairs stated the need to elaborate the Code at their 29th meeting. And although the details were eclipsed by general discussions on the importance of building trust, the idea was gradually winning over the leaders of the Association. As a result, in the late 1990s the Philippines, Vietnam and Malaysia began to develop the provisions of this document. In the early 2000s, the associated nations began the process of agreeing its terms with China. There are several noteworthy features to the behavior of the Southeast Asia nations. First, it has become obvious that the views of Malaysia, the Philippines and Vietnam on the key parameters of dispute settlement differ radically. Second, Beijing demonstrated flexibility and a readiness for compromise, whilst the ASEAN members showed increasing inertia. The inability to reach an agreement created a situation where Malaysia proposed to replace the Code with the Declaration on the Conduct of the Parties in the South China Sea. In the end, the Declaration was signed by China and ten ASEAN member states.

On the whole, the Association's first attempt to elaborate the Code failed due to its inability to conduct a dialog with China from a position of unanimity. This failure was caused by the priorities of the ASEAN members engaged in the conflict over the disputed islands, which overweighed their common interests. More importantly, this happened in a relatively calm environment for ASEAN, when Southeast Asia had not yet become an arena of uncompromising geopolitical rivalry between China and the U.S. as is the case now.

An attempt to step into the same river twice 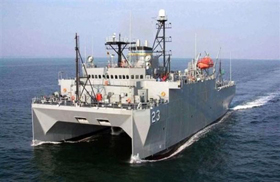 After the signing of the 2002 Declaration, the conflict in the South China Sea shifted into a "simmering" phase. Escalation occurred after the "U.S. pivot to Asia”. In early March 2009, relations between China and the U.S. were impacted by an incident involving the USNS Impeccable, which Beijing accused of gathering intelligence information within its exclusive economic zone.

The problem gained a wider significance after a statement by H. Clinton at the meeting of ASEAN Regional Forum in Hanoi in summer 2010. The Secretary of State announced the existence of U.S. national interests with regard to the South China Sea, and Washington’s readiness to become a mediator between the parties in dispute, specifying that the ultimate goal of such efforts was the elaboration of “a full code of conduct”.

This development pushed ASEAN members to action: with U.S. support, they could attempt to revisit the terms of the 2002 Declaration. As a result, the debate on the Code started anew. However, before the development and coordination of the Code, China and the ASEAN Member States adopted another document – The Guidelines for the Implementation of the [2002] Declaration of Conduct, which formalized movement towards developing the Code. This removed the impediments to the work on the Code. Currently, this document is being finalized by the representatives of ASEAN Foreign Ministries, and it will later be coordinated with China.

It is encouraging that ASEAN is trying cut short the influence of accumulated problems by developing the Code. Bu whether ASEAN will manage to carry out the task it's set itself is another question. Here, the following elements should be taken into account.

First, the guarantee of success for ASEAN is its readiness to act from a position of unanimity. But it is far from being able to do so. In July 2012, the ASEAN foreign ministers failed to issue a joint communique on the results of their 45th meeting, even having agreed upon their positions on the Code in advance. The reason was the disagreement of Cambodia, which was chairing ASEAN in 2012, with the language of a paragraph on the South China Sea: where Manila and Hanoi insisted on mentioning the sources of differences with China, Phnom-Penh regarded this as an attempt to “draw” the Association into the bilateral problems of its individual members. Later, the Association's member states did manage to issue the “Six ASEAN Principles on the South China Sea”, but this time Indonesia rather than Cambodia played a central role. 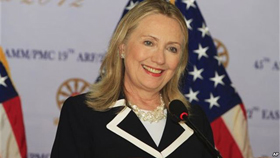 The “oil factor” also undermines ASEAN's common position. In summer 2012, the China National Offshore Oil Corporation invited foreign business to participate in the exploration of resources located in the area of overlapping claims by China and Vietnam. The oil companies of Thailand and Malaysia took an interest in this proposal. This could divide the Association even further.

Second, the external conditions for implementing this project have deteriorated rather than improved. Primarily, this is because China has become more uncompromising – if quite recently Beijing was choosing not to apply economic pressure on Southeast Asian countries in defending its interests in the South China Sea, now it is doing so without any particular hesitation. As just one example, let us recall that, against the backdrop of escalating relations with the Philippines over the Scarborough shoal in spring – summer 2012, China suspended Philippine fruit import and Chinese tour operators cancelled several flights to the Philippines. More importantly, China's hand is clearly visible behind the collision at the 45th ASEAN Ministerial Conference, if one takes into account the fact that without China's participation many infrastructural projects in Cambodia are impossible to implement.

The intensification of U.S. Pacific policy is no less important for the fate of the Code. Indeed, it is against the background of an agreement with Australia on U.S. Marine deployment on its territory, and plans to send additional naval forces to the Pacific and develop new naval programs, that Washington is calling on China and Southeast Asian countries to speed up the drafting of the Code. At the same time, the U.S. does not conceal its desire to consolidate ASEAN on an anti-Chinese basis with the aidof the South China Sea problem. Under such circumstances, China is not willing to replace the 2002 Declaration by the Code, appealing to the principle of consensus in decision-making, enshrined in the 2002 Declaration and the guidelines on its practical implementation. 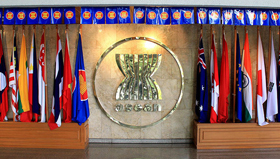 Thus, the development of the Code is fraught with serious difficulties. As they accumulate, the Association essentially can't afford to make mistakes – a setback could seriously affect its potential plans. Above all, the failure of an attempt to agree on the Code would call into question the establishment of the ASEAN Community in the field of political and security alignment, where the problem of the South China Sea ranks among the main issues. Failure would not aid the Association's authority as a coordinator of multilateral platforms of dialog, in particular the ASEAN Regional Forum, the Meeting of ASEAN+8 Defense Ministers, and, most importantly, the East Asia Summit. It would be significantly more difficult for the Association to hold the middle ground in a situation of unfolding Sino-American rivalry at the naval borders of Asia Pacific. In this regard it is worth recalling that during the first EAS attended by the U.S. (November 2011), practically all the countries of Southeast Asia supported the U.S. position in the context of agitated U.S.-China dialogue.

In light of the above it seems fair to conclude that it will be extremely difficult for the Association to successfully complete the Code.

Examination of ASEAN policy on the elaboration of the Code reveals that it contains serious contradictions. The first of these contradictions is between the role of the former Chair and the informal leader of the Association, which Indonesia was and continues to be. During the next two years, the Chairmanship will pass to Brunei and Myanmar, which are unlikely to promote solving the problems of the South China Sea. Therefore, one may well expect a repetition of the situation of the ASEAN foreign ministers’ conference during the Cambodian Chairmanship.

The second contradiction is between the desire to replace the 2002 Declaration by the Code and the interests of China. Beijing is not willing to have such a replacement and therefore will press for extension of the Declaration.

The third contradiction is between the de-facto changed situation in the South China Sea and the existing instruments for problem resolution. At the current stage, the confrontation has exceeded the framework of the dispute on sovereignty over the Spratlys and the Paracels Islands, and the South China Sea represents an arena of acute geopolitical rivalry between the U.S. and China. Therefore it is most unlikely that Beijing will allow Washington to join the drafting of the Code.

These factors substantially undermine the efficiency of the Association’s efforts to develop the Code. However, the main challenge for ASEAN is of a different nature. If the Association, having commenced the drafting of the Code, is unable to propose an option that will satisfy both Beijing and Washington, as well as its own member states, the notion of finding a legal solution to the accumulated problems may be discredited for many years to come. As a result, the situation in the South China Sea may remain one of the main sources of instability in the Pacific Asia for a long time.