Afghanistan in the Grip of Sanctions

The Taliban leaders will try to change the image of the organisation, to convince the international community that it is striving to break with the terrorist past and become a more modern and civilised institution. If the Taliban succeeds in such a plan, then the modernisation of the Security Council resolution 1988 will appear on the agenda.

The fall of the Afghan government amid the withdrawal of American troops and the capture of most of Afghanistan by the Taliban   raised a number of questions regarding international and unilateral sanctions. Since 1999, the Taliban have been under UN sanctions. Restrictive measures have been applied to the movement by the United States, the European Union and a number of other jurisdictions, its leaders and individual branches. The existing sanctions were quite workable before the Taliban seized of power in the country, which has turned the movement into the de facto government in Afghanistan. This means that restrictive measures against the Taliban now affect the country as a whole. Any economic transactions with the country ruled by the Taliban are subject to a variety of restrictive measures. Such a situation could criminalise and simply paralyse official economic ties with Afghanistan. The humanitarian damage to the population of the country, coupled with the hardships of the war, could be colossal.

The position of the UN Security Council on Afghanistan is determined by a number of resolutions. One of them is Resolution 1988 of June 17, 2011. Among other things, the resolution obliges all states to immediately freeze the funds and financial assets of the Taliban, to prevent the entry of persons associated with it, and also the transfer to them of ships or aircraft, weapons, spare parts and consulting services on military matters.

Andrey Kortunov:
A Tale of Two Interventions: Why Russia Succeeded in Syria When U.S. Failed in Afghanistan

The decisions of the UN Security Council were reflected in the actions of individual states and associations. The United States has enshrined sanctions against the Taliban in a number of documents. On July 4, 1999, Bill Clinton signed Executive Order 13129, which imposed blocking sanctions on the movement and its representatives.

This decree was overturned by George W. Bush on September 23, 2001 amid the US invasion of Afghanistan following the September 11 attacks. The Taliban were promptly defeated as a state structure and turned to guerrilla warfare. Bush proclaimed the success of the military campaign and had the Taliban listed as one of the terrorist organisations to which US sanctions were applied. The restrictions were then enshrined in the previously adopted executive order 13224, which introduced sanctions against a number of terrorist organisations. Among other things, it involved the freezing of the assets of those who, in one way or another, assist such organisations (Article 1, paragraph (i)). This is an important clause, as now it can be applied to any structure from any country that transacts with Afghan organisations controlled by the Taliban. A similar point is reflected in executive order 13886 of September 9, 2019, signed by Donald Trump. He modernised the order 13224, retaining the above paragraph (Art. 1., item iii). The US Treasury froze the Afghan government’s reserves in its banks in order to prevent the Taliban from using them.

Similar restrictions have been introduced by the European Union. The blocking of assets, the ban on entry and restrictions on the supply of weapons were reflected in Council Decision No. 486 / CFSP of August 1, 2011 . and Regulation No. 753, issued at the same time. Brussels was generally quite zealous about the implementation of the UN Security Council decisions, which was reflected in the normative legal documents.

In Russia, the legal mechanism for the implementation of UN Security Council sanctions resolutions is Law 281-FZ “On Special Economic Measures”.

In its May 1, 2019 decision No. 83-FZ, the concepts of special economic measures and compulsory measures are separated. The former imply unilateral actions by Russia in response to “an internationally wrongful act or an unfriendly act of a foreign state” (Article 1, Part 2). The second just represent the implementation of the UN Security Council resolutions (Article 1, Part 3). Russia is obliged to comply with the decisions of the UN Security Council, and coercive measures are a legal mechanism for fulfilling these obligations. Resolutions against Taliban are no exception.

Experience shows that the implementation of UN Security Council resolutions differs from country to country. Some states fulfil them scrupulously, others less carefully.

The UN Security Council does not have many mechanisms to compel nation states to fully comply with its decisions. At the business level, a much more serious motive for enforcing sanctions may be the threat of coercive action by the US authorities in the event of a violation of US law. And this, as mentioned above, implies blocking restrictions on the Taliban. In other words, the US Treasury may well fine American and foreign organisations that work with any structure associated with the Taliban, and at the same time use the American financial system (that is, carry out transactions in US dollars). It can also block such a structure in the event of suspicion and the presence of any economic ties with the Taliban. The US Department of Justice has the authority to prosecute organisations in the US and beyond which purposefully circumvent sanctions. For international business, the threat of secondary sanctions and coercive measures by the American authorities is a much more serious risk compared to the actions of national regulators, which, in theory, must comply with UN Security Council resolutions. Such risks put an end to any kind of conventional economic cooperation with Afghanistan, relegating it to the level of grey and shadow schemes. 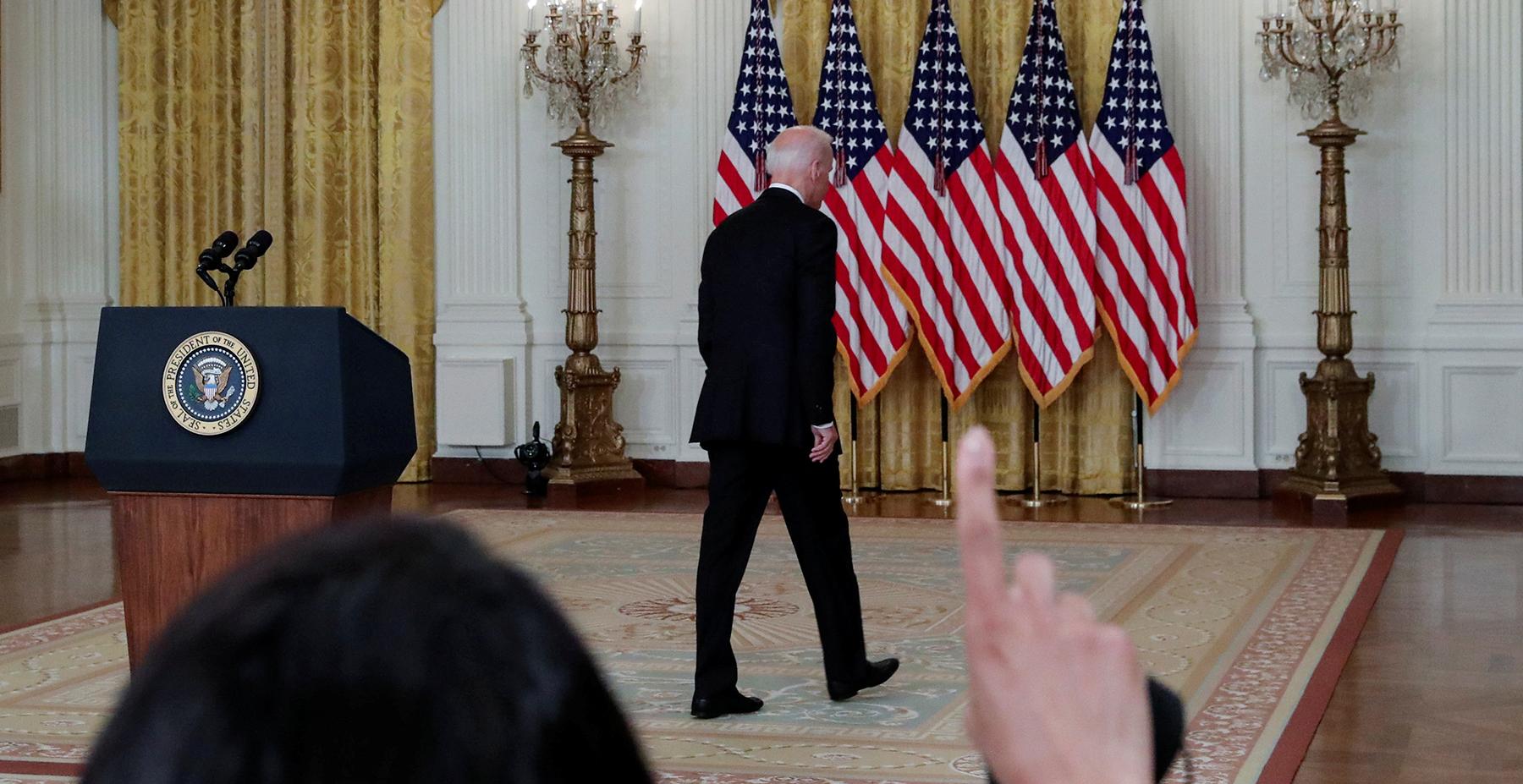 Adriel Kasonta:
Afghanistan Marks the Beginning of the End of US-led Unipolarity

What is to be done in this situation? Much will depend on the situation in the country and on the actions of the Taliban. The leaders of the movement will certainly try to change the image of the organisation, to convince the international community that it is striving to break with the terrorist past and become a more modern and civilised institution. With certain reservations, the Taliban may present themselves as a certain analogue of the Iranian model, although it is very difficult to compare them.

If the Taliban succeeds in such a plan, then the modernisation of the Security Council sanctions regime will also appear on the agenda. It may introduce either exceptions to certain types of transactions, or a change in the sanctions regime itself. Similar changes, albeit to varying degrees, can occur at the level of individual states. Much will depend on US sanctions policy. Washington may well maintain tough unilateral sanctions even if the UN Security Council sanctions are softened, which, in turn, could be torpedoed by the American veto. However, for the United States itself, this will not remove the question of which sanctions are optimal amid the new political conditions from the point of view of the balance of security issues and the humanitarian situation in the country.

A compromise solution could be broad exemptions from the Taliban sanctions, which would allow the delivery of essential humanitarian supplies into the country. Such exceptions have already appeared in the US.

However, the big question is how much such exceptions can affect the Afghan economy’s recovery from the growing chaos. Moreover, commercial and non-commercial structures fear US coercive measures, even if there are exceptions to the sanctions regimes.

The situation may worsen even more profoundly in the event of the growth of resistance to the Taliban and a new round of civil war. In any case, the price will have to be paid by the Afghan people, who are once again being held hostage to the war.

A Tale of Two Interventions: Why Russia Succeeded in Syria When U.S. Failed in Afghanistan

The Kremlin succeeded in making its presence in Syria stable, financially affordable and generally acceptable to the Russian public. The White House failed to do the same in Afghanistan

Tags
Afghanistan, Taliban, USA, Sanctions
Reader's choice
HideShow
A Tale of Two Interventions: Why Russia Succeeded in Syria When U.S. Failed in Afghanistan
The Fall of Kabul and the Balance of Power in Greater Eurasia
The Role and Place of the Taliban on the Global Map of Islam: Challenges and Threats
The Nuclear Triad: Alternatives from the Days Gone By
Guinea: Coup d’Etat or Coup de Grace?