US Awards Contract for New Bomber

www.af.milSecretary of…
www.af.mil
Secretary of Defense Ashton Carter introduces
Secretary of the Air Force Deborah Lee James
and Air Force Chief of Staff Gen. Mark A.
Welsh III, during a press briefing to announce
the award of the long range strike bomber
contract in the Pentagon, Oct. 27, 2015
0
1427
Add Reader

On October 27, 2015, US Defense Secretary Ash Carter announced a contract award to Northrop Grumman Corp to create a new strategic Long Range Strike Bomber (LRS-B). The program’s total cost is estimated at about $80 billion (in 2016 dollars), including about $23.5 billion for the Engineering and Manufacturing Development (EMD) phase and another $56.4 billion for the production of 100 LRS-B aircraft.

The program’s total cost is estimated at about $80 billion (in 2016 dollars), including about $23.5 billion for the Engineering and Manufacturing Development (EMD) phase and another $56.4 billion for the production of 100 LRS-B aircraft. This is the largest defense program for the United States since the Joint Strike Fighter (JSF) program with its winning F-35 design. The Average Procurement Unit Cost (APUC) supporting today’s award is $511 million per aircraft in 2010 dollars (a combined total of $564 million), which is significantly less than the $550 million per aircraft, again in 2010 dollars, that Pentagon required under the terms of the bid. However, given the complexity and sophistication of the aircraft, it is doubtful that the developer can meet the incurred financial obligations: an estimated cost overrun is more a rule than an exception.

It is not unlikely that the bid by the Boeing/Lockheed Martin alliance was more costly, but it’s hard to say what actually determined the final decision, since no details have been revealed. US Air Force representatives declined to answer even “innocent” enough questions from journalists about which company would produce the engines and whether a military index for the B-3 had been adopted, what the expert community is calling the project. 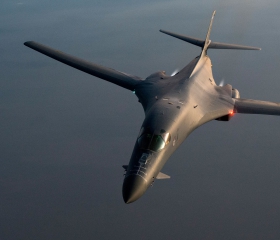 Naturally, the publication of any pictures of the LRS-B is out of the question. The Northrop B-2 Spirit was first publicly displayed almost seven years after the contract award (and one year before the first public flight) and, judging by the position of the US Air Force representatives, this time the wait time will be long as well.

It is unclear whether the Boeing/Lockheed Martin alliance will challenge the decision, which at the moment is probably the main intrigue. So far, the companies have confined themselves to making a statement that the Defense Department’s decision was a disappointment, that they consider it incorrect and will consult on further steps. On the one hand, Boeing has already had a successful experience of “winning by court action” the recent KC-X bid for the next-generation aerial refueling tanker aircraft. But on the other hand, the company then was competing with the European Airbus A3300-based tankers and could enlist sympathies from the media and the political circles as a domestic producer, while now it doesn’t enjoy the same advantage. 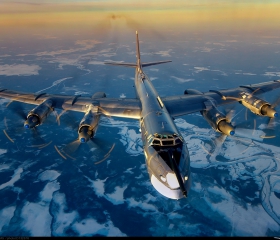 russianplanes.net / Vadim Savitsky
Alexander Yermakov:
The Bear, the Swan and the Crouching Dragon

Meanwhile, we are seeing other trends as well. The US Air Force has begun reducing its B-52H fleet carrying nuclear weapons. These aircraft are nor taken into account as carriers when doing calculations in line with the terms of New START. Of the 76 such bombers currently in service, the appropriate procedures will involve 30 aircraft, as well as all 12 aircraft in storage. This work is planned to be completed by 2017. In addition, 96 bombers from the older B-52G modification, which formally are also in storage, will be destroyed. The US continues to increase its nuclear capacity on nuclear submarines with ballistic missiles, most readily reducing ground and air components. At that, these bombers are of great value as a means of delivering non-nuclear strikes, so the issue of reducing the size of their fleet is not on the agenda. Moreover, the programs to update them to enhance tactical capabilities, in particular, by equipping B-52Hs with new communication systems, are underway.

Meanwhile, Russia offers no fresh news on the Perspective Aviation Complex for Long-Range Aviation (PAK DA), while the program for the resumed production of updated Tu-160 strategic bombers continues to be a prime center of attention. As such, speaking at a special meeting of the interdepartmental working group on October 17, 2015, Russian Deputy Defense Minister Yuri Borisov urged the rigid observation of the terms of the Tu-160M2 development.

Rate this article
Share this article
FOLLOW THE LATEST DEVELOPMENTS
Tags
USA, Aviation, Strategic Aviation, Strategic bombers
Reader's choice
HideShow
About the Wise Monkey Who Came Down from the Mountain
Illusions of a New Bipolarity
The British Nuclear Trident
The Battle of “Coronavirus Narratives”: Three Lines of Defence Against China
Why Russia Sent Humanitarian Aid to the US and Why That's a Good Thing