The “Southern Deal” Between Moscow and Washington: A Duel of Diplomacies

Director of the Centre of Islamic Research at the Institute of Innovative Development, RIAC expert

On the sidelines of the G20 summit, Presidents Putin and Trump agreed to a ceasefire in a de-escalation zone in southwest Syria, and on forming a ceasefire-monitoring center in Amman. Experts are musing as to how this potential agreement for southern Syria is compatible with the memorandum passed in Astana in May. It also remains unclear how the ceasefire in the south of Syria will be monitored, what stance the parties take on Iran's involvement, and how the fight against radical forces will be carried out. Even now, after the ceasefire came into force on 9 July, these questions have not been fully answered.

Anton Mardasov and Kirill Semenov comment on the three possible explanations of what the US-Russian agreement entails.

The greatest problems with implementing any scenarios involving the United States in the Syrian settlement could come – indeed, have apparently long been coming – from Iran, and from the part of the Syrian leadership in Damascus which relies on that country.

Tehran is concerned about the Amman consultations, fearing that the Jordanian negotiating format should gradually begin to replace the Astana process.

Tehran, therefore, is apparently demonstrating its unwillingness to recognize any agreements regarding Syria to be concluded without its participation. Russia could be accused of aiming all its reconciliation initiatives as a smokescreen in support of the revanchist sentiments harbored by Iran and by the “party of war” in Damascus. 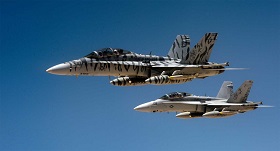 Aleksandr Aksenenok:
In the Skies over Syria: Rivalry Instead of Coordinated Actions

The main result of the meeting between Russian President Vladimir Putin and his American counterpart, Donald Trump, on the sidelines of the G20 summit in Hamburg on 7 July 2017 was a ceasefire agreement for a de-escalation zone in the governorates of Daraa, Quneitra and As-Suwayda in southwest Syria and on setting up a ceasefire monitoring center in Amman.

The United State's involvement in the multilateral Syrian settlement format marks an important new milestone in this process. American, Jordanian and, unofficially, Israeli participation in the settlement process allows for inclusion in the negotiations of the American-aligned Syrian Democratic Forces (SDF) and groups of the Free Syrian Army (FSA) in As-Suweyda and the Syrian Desert, as well as pro-Jordanian factions on the Southern Front, which refused to send their delegations to the fifth round of the Astana process. This achievement could potentially help preserve Syria's territorial integrity and include in the peace process all Syrian forces that are inclined to engage with other states diplomatically, and the territories they control, without any exceptions.

It should be noted that reports about a certain planned de-escalation zone with US participation in the south of Syria surfaced long before the meeting between the Russian and American presidents. For example, on 6 June 2017, commenting on the airstrike on a convoy of Syrian government forces travelling towards the Al Tanf border crossing, the Pentagon noted that the pro-government forces had entered a “coordinated de-escalation zone”. Simultaneously, reports started coming in (at that time still without official confirmation) about Russian-US consultations in Amman on one or several de-escalation zones. At the same time, experts began questioning the compatibility of the possible agreement for southern Syria with the memorandum passed in Astana in May. Even after the official rollout of the zone on the sidelines of the G20 summit and after the ceasefire came into effect on 9 July, these questions have not yet been fully answered.

The United State's involvement in the multilateral Syrian settlement format marks an important new milestone in this process.

The United States and Russia expand the southern de-escalation zone originally agreed upon in Astana to cover the As-Suwayda Governorate and also, unofficially, the opposition enclave in Eastern Qalamoun and territories in the Syrian Desert, including those around the population centre of Al-Tanf, which accommodates detachments of the local Sunni tribes from Revolution Commando, supported by American, British, Norwegian and Jordanian special operations forces. At the same time, Washington and Amman will not be promoted to full members of the Astana format and guarantor countries. Iran and Turkey, for their part, will retain their status as guarantor countries in this southern zone, in accordance with the Astana agreements.

The newly included territories are not mentioned in the Astana memorandum on de-escalation zones but let us not forget that reports from those areas have repeatedly caused public repercussions in the past. To begin with, the United States decided against raising the level of confrontation in the east by attacking the pro-government forces that, instead of advancing in the direction of the pro-US units, formally announced their intention to fight against the Islamic State (while, on the other hand, creating a “Shiite corridor” into Iraq). Also, in parallel with these incidents, unofficial talks in Amman continued. Furthermore, it appears that the parties were interested in what such an agreement has to offer. 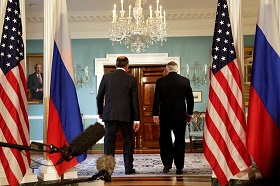 The United States and Russia officially expanded the southern de-escalation zone identified in Astana by involving external players that are instumental in Syria's southern regions, namely Jordan and, informally, Israel. If were to happen, then Washington and possibly Amman would effectively become full participants in the Astana talks. Such a development could be regarded as an undoubted success of both Russian and American diplomacy: Moscow made Washington shoulder the responsibility for the actions of the Syrian opposition, while Washington, for its part, forced Moscow to influence Damascus and Iran, which is an extremely difficult task. The Russian media prefer not to mention it, but it is in the best interests of the Al-Assad government and the Iranians, whose clout in Syria depends directly on survival of the current Syrian regime, to discredit the entire opposition without exception.

Since February 2017, pro-government forces have been conducting active operations in the governorates of Daraa and Quneitra not just against Tahrir al Sham, but also against the aforementioned Southern Front coalition of FSA groups, which enjoys the support of Jordan's Military Operations Center. Following the inclusion of these governorates in the de-escalation zones identified by the Astana memorandum, there was no cessation of hostilities as there were in other regions incorporated into the ceasefire agreement. In other words, there has been no actual de-escalation in those provinces, so the format of a “zone” including them has been declared untenable. This third scenario appears to be the most probable. It also opens up additional opportunities for replicating such zones in other Syrian regions. It is possible that, following the creation of the southern de-escalation zones and the security zone (the latter implies a certain buffer separating the opposition from the pro-government forces), with the USA among the guarantor nations, creation of similar de-escalation zones elsewhere in Syria will be discussed or is, indeed, already being discussed. This possibility has been voiced by certain US experts.

Tehran is concerned about the Amman consultations, fearing that the Jordanian negotiating format should gradually begin to replace the Astana process.

As mentioned above, it would be logical to set up such zones in the north/northeast of Syria, on the territories controlled by the SDF. Long-term US military presence has already been secured in those parts in the form of a network of US military bases. In addition, despite the fierce resistance on the part of the Islamic State, the fate of that movement's informal capital city Raqqa is all but sealed.

Therefore, the talk concerns the need for proactive measures aimed at configuring security zones in the northeast of Syria, with delimitation boundaries drawn beforehand for the Al-Assad and SDF forces advancing on the Islamic State from opposite directions. This would help avoid incidents and armed clashes. The Ankara factor is also important here: Turkey's position is understood to be aimed exclusively against any legalization of the SDF alliance, which Ankara perceives as a cover for the Kurdistan Workers' Party. 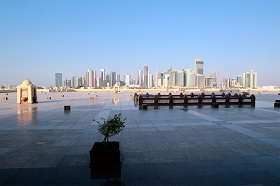 The greatest problems with implementing any scenarios involving the United States in the Syrian settlement could come – indeed, have apparently long been coming – from Iran, and from the part of the Syrian leadership in Damascus which relies on that country.

Tehran is known to have stated in the past that it opposes both the United States’ participation in the Astana talks and an American presence in any of the de-escalation zones. Washington's current stance with regard to Tehran similarly rules out any interaction with Iran and its allies (for the exception of Iraq) in regards to the Syrian settlement. This makes a situation when representatives of the two countries would sit down at the negotiation table as equal partners virtually impossible. During the first round of the Astana talks, while giving an overall positive appraisal of the format, the American Department of State expressed its bewilderment at Iran's participation.

According to some reports, the United States and Jordan insist on all pro-Iranian Shiite forces being pulled out from those regions in southern Syria, which are planned to become part of the de-escalation zone. Israel supports this position: Tel Aviv has repeatedly delivered strikes in the past on Shiite forces supporting Al-Assad in southern Syria. Sources point out that Tehran is concerned about the Amman consultations, fearing that the Jordanian negotiating format should gradually begin to replace the Astana process. Iran appears to be particularly worried that the current list of guarantor countries in the Syrian settlement process could begin to change over time, with Tehran being driven out of the country. On the other hand, since the beginning of Syrian warfare Tehran has set up multi-layered presence in the country: it relies not only on the numerous Shiite multinational communities and Islamic Revolutionary Guard Corps specialists, but also on the local National Defense Forces and the unofficial units of the Syrian Hezbollah chapter.

Russia could be accused of aiming all its reconciliation initiatives as a smokescreen in support of the revanchist sentiments harbored by Iran and by the “party of war” in Damascus.

Tehran, therefore, is apparently demonstrating its unwillingness to recognize any agreements regarding Syria to be concluded without its participation. Washington and the Gulf countries had anticipated such behaviour from Iran and the groups it controls. For Moscow, this development is fraught with complications. Russia could be accused of aiming all its reconciliation initiatives as a smokescreen in support of the revanchist sentiments harbored by Iran and by the “party of war” in Damascus. The implications of such an accusation cannot be ignored.

Despite the fact that the agreement between the United States and Russia officially came into being on 9 July, there is so far no clarity as to what it actually entails. There remain questions as to how the ceasefire in the south of Syria will be monitored, what the parties' positions are on Iran's involvement, and how the fight on the radicals will be carried out in a way that would not affect the “healthy” part of the opposition. Hypothetically, under a sustained ceasefire the opposition itself would be prepared to fight terrorist units. The main thing is for all the parties to strive for a sustained ceasefire regime and for a peaceful settlement of the conflict. For as long as such uncertainties exist, the ceasefire will continue to be violated.

The pressure on Qatar is not lessening, and the concessions demanded from it are found to be extremely demeaning

In the Skies over Syria: Rivalry Instead of Coordinated Actions

Breaking the U.S.-Russia Impasse: Keeping the Door Open to Dialogue

Relations between the U.S. and Russia appear to be almost at the point of no return