PhD in Political Science, associate professor at the School of World Political Processes, research associate at the Center for Post-Soviet Studies, MGIMO University

In 2017, we are likely to see more skirmishes in Nagorno-Karabakh, since neither party learned the lessons from the escalation that took place last spring: information on the truce being periodically breached keeps coming in. Most likely, the conflict will not be resolved, but its escalation into a full-fledged war is unlikely either. As for the Collective Security Treaty Organization (CSTO), there is little chance of it changing its stance with regard to the situation, meaning that it will not intervene in the Nagorno-Karabakh conflict.

In 2017, we are likely to see more skirmishes in Nagorno-Karabakh, since neither party learned the lessons from the escalation that took place last spring: information on the truce being periodically breached keeps coming in. Most likely, the conflict will not be resolved, but its escalation into a full-fledged war is unlikely either. As for the Collective Security Treaty Organization (CSTO), there is little chance of it changing its stance with regard to the situation, meaning that it will not intervene in the Nagorno-Karabakh conflict. Its participation will boil down to making declarations on the necessity to hold political negotiations and adhere to the ceasefire conditions. The CSTO will continue to conduct regular military exercises in Central Asia and will also develop its crisis response mechanisms.

In October 2017, the CSTO adopted the Collective Security Strategy 2025, which includes an expanded list of challenges to be addressed. Now the organization is able to respond to a wide range of threats, even domestic political threats, should the heads of state make a decision. Nonetheless, if the threat of a revolution should arise, the CSTO is unlikely to intervene, unless organized groups of fighters cross interstate borders with the intent of destabilizing the situation in Central Asia. 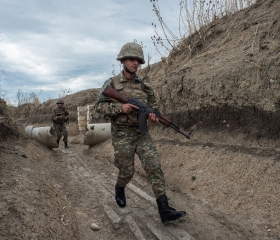 MilitaryArms.ru
Hovhannes Nikoghosyan:
An Echo of the Little War in Nagorno Karabakh

Speaking about the future of Central Asia and taking into account the peaceful transfer of power in Uzbekistan and the recent elections, we can predict that Tashkent will not intensify its ties with its neighbours and will attempt to implement peaceful policies towards them, as well as to Russia, which is, among other things, its largest security partner.

Tensions between Central Asian states will likely decrease. They will want to resolve international conflicts by peaceful means, because the threat of fighters leaving to join Islamic State or extremist groups in Afghanistan remains. Yet Central Asian countries will handle this threat on their own; each state having developed its own methods of fighting returning extremists. It is possible that the secret services of these countries will cooperate in terms of exchanging information in order to handle returning fighters. However, we should not expect a large international operation to be conducted in order to resolve this problem; most likely, things will remain local and will be limited to individual instances of cooperation.

In previous decades, Central Asian countries were at the greatest risk from the threat coming from Afghanistan. Today, the threat has not exactly subsided, but it is at least a stably predicable danger. 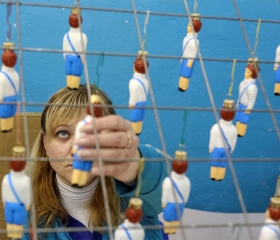 Russia’s foreign policy in the post-Soviet space will be mostly aimed at looking for possible ways to tie various regional projects together, specifically the Eurasian Economic Union and China’s “One Belt, One Road” initiative. Russia will also consider the possibilities of tying together the EAEU, the Shanghai Cooperation Organisation (SCO), the Association of Southeast Asian Nations (ASEAN), etc. This will mostly involve the economy, but it is possible that at some point, the security issue will be discussed as well, in particular, ensuring automobile and railway transportation security.

In this connection, the Ukrainian crisis should be mentioned as well, since for Russia, it is primarily linked to the relations with the West. With Donald Trump becoming President, the confrontation between Russia and the United States – and the West as a whole – might somewhat de-escalate. In such a context, the Ukrainian government will have fewer opportunities to use this confrontation to promote its interests and will have to rely on its own capacities to a greater extent. We can hardly expect any breakthroughs in terms of resolving the situation in Donbass; while it will remain half-frozen, it will nevertheless be too early to say that the conflict has transitioned into a “frozen” state similar to the situations in Transnistria and Nagorno-Karabakh. There will still be grounds for a political resolution, and all the parties need to make use of this opportunity.

Rate this article
Share this article
FOLLOW THE LATEST DEVELOPMENTS
Project
Anthology “World in 100 years”
Tags
Post-Soviet space, Forecasts, CSTO, Nagorno-Karabakh, Central Asia, Russia, West, Ukraine
Reader's choice
HideShow
A Tale of Two Interventions: Why Russia Succeeded in Syria When U.S. Failed in Afghanistan
Forget Kalashnikov? Russian Foreign Policy After Realism
Afghanistan Marks the Beginning of the End of US-led Unipolarity
The Nuclear Triad: Alternatives from the Days Gone By
The Role and Place of the Taliban on the Global Map of Islam: Challenges and Threats