Recent reports of linking scholarly dissertation defenses to basic education have caused quite a stir. But with the first emotional wave ebbing, we might as well analyze the matter quietly and objectively. First of all, a rigid disciplinary linkage between the post-graduate degree and the diploma-prescribed profession seems counterproductive.

Recent reports of linking scholarly dissertation defenses to basic education have caused quite a stir. But with the first emotional wave ebbing, we might as well analyze the matter quietly and objectively.

First of all, a rigid disciplinary linkage between the post-graduate degree and the diploma-prescribed profession seems counterproductive.

This approach would hardly halt the stream of phony dissertations and bring too much trouble to the fakers. On the other hand, honest aspirants are sure to find their life more difficult. At that, less room for maneuver in selecting the specialty does not just mean some more red tape, but instead signifies a hard blow to the creative ambitions of a young scholar and his ability to choose the proper area for his studies.

As a result, Western universities will again improve their competiveness, affecting Russia's capacity to attract both national and foreign students. On the one hand, they will prevail due to the narrow specialization of separate programs, and on the other, through the possible change of specialization at the bachelor, master and post-graduate levels. In other words, extreme concentration within the curriculum will go hand in hand with disciplinary mobility between the curriculums and education tiers.

But we are about to deliberately take the path toward restriction of this mobility by narrowing the field for interdisciplinary research and creative self-realization, only to facilitate brain drain by ousting the most gifted and inquisitive young researchers who would move abroad. 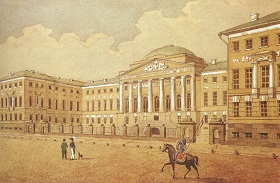 Nevertheless, the drive of the Russian Ministry for Education toward streamlining the preparation and defense of dissertations is something to be treated thoughtfully taking into account both Russian and international practices. The problems in this field are numerous, with fake dissertations causing the most trouble, as these are presented by non-scholars who are engaged in the government, businesses and what not. As a rule, these people lack either time or desire to do research and prepare the paper but would eagerly improve their social status by acquiring a doctorate or some other degree. Such dissertations offer negligible effect but bring insurmountable damage to science as such and the institute's prestige, diminishing the standing and the role of a scholar both in Russia and internationally. One phony thesis may be sufficient to tarnish the reputation of hundreds of honest quests.

Although loathsome, the fake papers hardly pose the biggest setback. Much more important is the quality of works produced by professional scientists and scholars. There seem to be several problems specific to at least liberal arts.

First, society appears tolerant toward plagiarism, which hardly implies outward stealing but rather the borrowing of certain ideas, pages, sections and even chapters with no reference to the sources. Administrative methods for proving plagiarism, conflict settlement between the plagiarist and author, as well as sanctions are poorly defined. Some effect might be found in the informal rejection of the malpractice by society. But society is hardly homogeneous as far as plagiarism is concerned. The foci of advanced and honest science seem to coexist with lacunas of imitation. Also of importance appears academic writing. If a student begins cribbing at the bachelor level and remains unpunished, he would hardly change the modus operandi during his post-graduate studies. More than that, things will get only worse if his academic advisor is a fan of the same approach. Quite a number of Russian universities have taken up the Western methods for unveiling and countering plagiarism and applying ethical codes. However, these attitudes have yet to become mainstream. 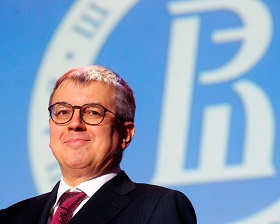 Second, the process of preparing and defending dissertations often has both investigative and political content, hinging in both ways on connections and loyalties. Of course, the problem is hardly specific to only Russia. And a possible solution could be found in the Western practice of blind-style peer reviewing of dissertations. The official opponent or the patron organization would not know the name and institutional affiliation of the author until they prepare and sign their appraisal. Reviews may be prepared through a single electronic system supported by the Ministry for Education. Importantly, reviewing must become part and parcel of a scholar’s contract, so that his comments would not turn into a formality or a chip for administrative bargaining. The reviewer will be encouraged to thoroughly check the paper for plagiarism and quality. Along these lines, unofficial reviews will also gain in effectiveness. In fact, Western journals have been using blind reviewing for quite a time. The approach is also spreading in Russia, on the journal level as well, which should raise the value of dissertations.

Third, dissertations in liberal arts still suffer from poor research components. In fact, even a proper description of bibliography and sources, i.e. the introduction of new literature, may be sufficient for a successful defense. Of course, this work is indispensable but hardly sufficient. Anyway, facts must be analyzed with help of special methods and procedures. But in this case we often face imitation, which is vividly illustrated by such sections as “Theoretical and Methodological Fundamentals of Research” or “Research Methods” in relevant abstracts. Sometimes they seem absolutely identical, with foreign colleagues literally stunned by references to the methods of induction and deduction (often at the same time), and enumeration of well-known theories (sometimes mutually exclusive). Russian researchers rarely apply individual theories and methods in a pinpointed and concentrated manner. As a result, narrow and detailed specialties give rise to far-reaching but shallow papers. 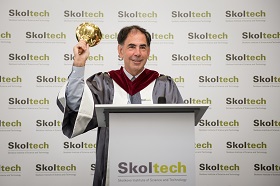 sk.ru
Edward Crawley:
“It’s a matter of research, not search”

Attempts to solve these problems through more controls appear limited in scope, with much better prospects visible in reducing the red tape plus the creation of a qualitatively different research medium that should perceive the researcher as a full-fledged worker financed by a grant, who has no need for a side job. So, the way lies forward in blind reviews at the journal and dissertation levels, as well as in integration with the international scholarly community through publications and openness to foreign reviewing.

A couple of words on interdisciplinary matters. None of the above problems can be handled by linking post-graduate specialty to the basic diploma, with the made-to-order dissertations, plagiarism, administrative levers and quality hardly related.

As a matter of fact, any humanity is interdisciplinary. Its fragmentation is definitely significant for understanding the research aims, specifying the range of issues to be covered and the subject, but in view of theory and the method, such separation appears somewhat arbitrary. 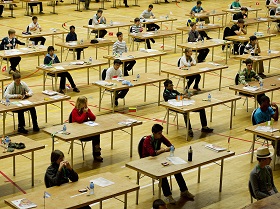 A good example comes from international relations, whose two basic theories – realism and liberalism – are essentially normative and hence inseparably connected with political philosophy. One just cannot perceive and use them in the absence of political philosophy categories (authority, public contract, natural state, liberty, etc.). Constructivism, a relatively novel theory, is largely a derivative of sociological theory. The empirical theories offer even a greater interdisciplinary factor. For example, theories of foreign policy decision making are unmanageable if detached from rational choice theories, social psychology, networking analysis and many other things. In the field of foreign relations, empirical studies are based on integrated methods and procedures taken from sociology and psychology, i.e. interviews, focus groups and experiments. Quite popular is mathematics, including regression analysis, the principal component method, factor analysis and other techniques. Russian foreign relations studies are traditionally famous for historical research and comparative analyses in international law. Exploits in strategic culture would inevitably demand the methods of culturology. The global system analyses will definitely require economic theory combined with historical approaches.

Even this cursory and quite perfunctory review appears sufficient to prove that insularity within a single specialty contradicts the very nature of modern science. On the contrary, a scholar should have a free hand in combining research fields, with a historian, sociologist, philosopher, mathematician, psychologist, language and culture experts emerging as staples for international relations studies. A post-graduate course must adapt the aspirant to the requirements of the specialty and the subject through proper use of qualification exams and an unbiased expertise of dissertations.