On the 26th of February, 2016 Iranians will vote for a 290-member Parliament and an 88-member Assembly of Experts — one of the most important national political events. Will this vote have an influence on the relations with the Western countries? Is Iran capable of fixing falling oil prices or Iranian oil will make matters worse? How will Iran’s role in the regional security framework change? These and other questions are tackled in an expert interview with Mahmood Shoori, member of the scientific council of Institute of Iran and Eurasia Studies (IRAS).

On the 26th of February, 2016 Iranians will vote for a 290-member Parliament and an 88-member Assembly of Experts — one of the most important national political events. Will this vote have an influence on the relations with the Western countries? Is Iran capable of fixing falling oil prices or Iranian oil will make matters worse? How will Iran’s role in the regional security framework change? These and other questions are tackled in an expert interview with Mahmood Shoori, member of the scientific council of Institute of Iran and Eurasia Studies (IRAS).

How the result of this vote can change the stabilizing relations between Teheran and Western countries? Especially in light of the Iranian nuclear program?

Undoubtedly, the result of votes for the Parliament and the Assembly of Experts can influence significantly the internal political situation, but its impact on foreign policy wouldn’t be paramount. The Assembly of Experts does not play any major role in the realm of foreign policy, although its members have a considerable political weight in the country and their statements could be influential. Also, the Parliament cannot legally interfere with the decisions made in the realm of foreign policy and their implementation, although it can ratify some binding laws for the government. Thus, the executive branch tries to interact with the Parliament in this field. In addition, the Parliament has the right to impeach the President and ministers. As a result, the role of the Parliament in the realm of foreign policy is negative. However, there are three scenarios for the election: 1) the victory of Rouhani’s supporters; 2) the victory of Rouhani’s opponents; and 3) a balanced Parliament. Among these three only the realization of the second scenario is the least probable one, in which case the Parliament may set up serious obstacles for interaction with the West. Of course, in this regard the established relations with the West will have a decisive effect. If any of the Western countries put Iran under pressure or do not comply by their commitments as stipulated in the JPCOA, under different pretexts, the opposition groups will do all they can to force Rouhani government to adopt harsher measures towards the West. Given the current situation, it is likely that the future Parliament will be composed of forces supporting the Rouhani government and moderate opposition. In other words, the extremist groups won’t get any seats in the new Parliament.

Do you think the Iranian role in the Middle East security framework can be modified in the coming few years? How will it change? Especially given the Syrian deadlock.

Throughout the last decade Western powers have made the security situation in the Middle East extremely complicated, which Iran does not welcome. Since its establishment Iran has been always threatened by southern and western neighbors. In fact, in addition to imposing direct sanctions on Iran the West has threatened it through its regional allies. Therefore, Iran has the right to cooperate militarily with other countries in the framework of international regulation to ensure its national security. Iran has sent some military consultants to Syria following the invitation of Damask. When current of next legally elected government in Syria do not need them, Iran will call them back. Unfortunately, the most important feature of the existing situation in Syria is that this country has become a point of confrontation of different actors who do not abide by clear and just rules of game. Under these conditions, the future is more than vague. It is clear that Iran will not set aside its goals and principles and will go against every ambitious and unilateral approach to shape the future regional order. As long as countries like Saudi Arabia and Turkey acknowledge that the only way to build regional stability and peace is to take into account all security concerns, it is unlikely that Iran will change its course of action. Contrary to Turkey and Saudi Arabia, Iran never wanted to make power equations in the Middle East without these countries. But since they suppose that they are linked to Western powers and NATO, they are entitled to set the agenda for the whole region. 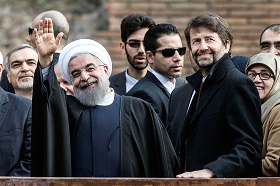 The lifting of sanctions has triggered an avalanche of economic contracts struck between Teheran and European economies. Is it a remedy for hunger driven Iranian economy or national reforms are still much needed?

Iran is not so naïve as to believe that positive changes in Iranian economy will be possible through trade contracts. Before imposing sanctions on Iran, many examples of such cooperation existed between Iran and some Western countries. Of course, after more than one decade of heavy sanctions Iranian economy is much interested in attracting foreign investments or advanced technology but the main economic orientation of the country is based on internal assets and resources in the framework of the resistance economy. Economic cooperation with some Western countries may resolve problems regarding everyday life but it is not an instant remedy.

Do you believe that Russian companies may perform worthy rivals to European and American on Iranian market? In what fields?

In my opinion, the fields of cooperation between Iran and Russia, on the one hand, and Iran and the West, on the other hand, are different. In many fields, Westerners have not enough political will to cooperate with Iran. For example, it is unlikely that Western powers would want to cooperate with Iran in building nuclear power plants. Also, this would be the case of military cooperation or transfer of sensitive technologies. It is evident that Russia cannot compete with the West in the Iranian consumers market, but it definitely can have a significant presence in Iranian market in terms of energy, railways, steel, and even aerospace industries. Unfortunately, the major obstacle for the expansion of Iran-Russia economic relations is the lack of necessary capital for fully taking advantage of economic capabilities available in the two countries. 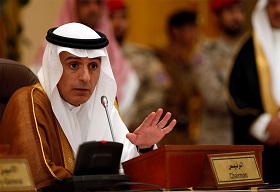 How much gain can Iran extract from cheap oil? What is going to change with the Iranian oil flooding the world market?

Iran does not seek to supply cheap oil to the market. At least, some of Iranian officials have denied such a plan. Of course, it is likely that Iran makes a more attractive offer on the world market in the short term, but Iran does not regard the current oil price as real and for this reason it will do its best to bring the oil prices to an adequate level. Unfortunately, it is not possible for oil exporting countries to act jointly due to their political rivalry. In this regard, like-minded countries such as Iran, Venezuela, Russia and Iraq should interact with each other. Iran's priority in the current situation is to regain its status on the world energy market. However, Iran does not seek to do this at the expense of the oil prices.