Ph.D. in Political Science, Director of the Applied Research Center and Russian Academy of Sciences Institute for U.S. and Canadian Studies, Assistant Professor of the Faculty of World Politics at Lomonosov Moscow State University, RIAC expert

Cybersecurity challenges are becoming increasingly important for ensuring Russia's national security. The issues of protecting information resources are coming to the fore in Russian foreign and domestic policy. There is reason to believe that the topic of information security is becoming an integral element of the diplomatic efforts undertaken by our country in the context of the developments in Ukraine.

At the Security Council meeting that took place on October 1, 2014, Russian President Vladimir Putin emphasized the priority of countering threats to national security in the information field.

Russia has serious enough disagreements with its key global partners on many of the priorities highlighted by President Putin. However, Russia enjoys the support of other leading international actors, in particular China. Moreover, the government of the People's Republic of China (PRC) has gained a unique experience in government regulation of the national segment of the Internet. China has imposed measures to enact strict government control over Internet communications, restricted access to many sites and actively operates the Golden Shield Project (the Great Firewall of China), which allows governmental agencies to filter almost all inbound and outbound traffic. 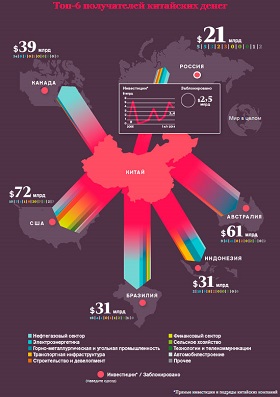 Where is China Investing?
Forbes Infographics

It is noteworthy that President Vladimir Putin has repeatedly used the term “information sovereignty,” while discussing this issue. This concept is extremely rare in legal and political practice and has more than one interpretation. However, there is no doubt that certain information and technological resources can be regarded as pertaining to the realm of national sovereignty and need public protection.

Expanding cooperation in the sphere of international information security has been mentioned as another priority. Russian diplomacy has achieved some success in this area, despite fairly serious conflicts it has encountered with certain major international partners, especially the United States.

It appears that Russia has to reconsider its stance on international information security (IIS) in connection with the statements of the US leadership concerning the transfer of Internet governance functions to an international organization.

Since the US opposed the adoption of the UN General Assembly Resolution “Developments in the field of information and telecommunications in the context of international security” that reflects Russian ideas on IIS, we have every reason to consider its adoption for many years by consensus as a remarkable success of the Russian diplomacy.

Russia's position is reflected not only in the declarations and resolutions of the UN General Assembly. In December 2012, the World Conference on International Telecommunications made another attempt to reform the global system of Internet administration. The final document of the Conference significantly increased the authority of government bodies over Internet regulation and, consequently, in the global governance of the information space. The adoption of this document caused serious discontent among US lawmakers. 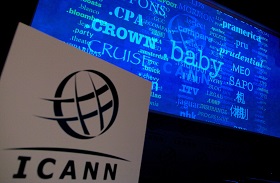 On the eve of the forum, the US Congress unanimously passed a resolution condemning increased government control in the sphere of information. Ambassador Terry Kramer, who led the US delegation, stated, describing Russian proposals on the reform of the International Telecommunication Union (ITU): “out of all the proposals that have come in, the Russian one candidly is the most shocking and most disappointing,” and added that the US would actively oppose it.

At a time when the Russian-American conflict was still brewing, Lawrence E. Strickling, Assistant Secretary of Commerce for Communications and Information, said in a statement: “We look forward to ICANN (Corporation for Assigned Names and Numbers) convening stakeholders across the global Internet community to craft an appropriate transition plan”. The statement emphasized the multi-stakeholder model of Internet governance that implies the administration of the Internet by other international actors apart from states.

The next conference of the ITU in 2014 revealed differences on the issue again. Representatives of the US delegation expressed hope that the vote on the question of the Internet governance would be postponed, since, in their view, it might help to work out solutions acceptable to all stakeholders.

At the US-EU summit in the spring of 2014, US diplomats put forward a proposal that could be regarded as an attempt to split the coalition led by Russia on the issue of Internet administration. Due to developments in Ukraine, the issue of illegal international activities of the US National Security Agency that had been originally included in the agenda of the summit was taken off the table. Instead, the summit announced the establishment of a dialogue on cybersecurity between the United States and the European Union. According to official information, the dialogue aims to strengthen and expand cybersecurity cooperation between the parties in the key areas of information policy. 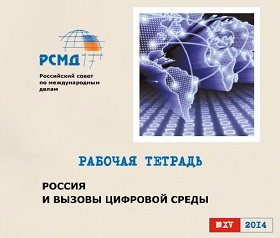 Russia and the Challenges of the Digital
Environment. RIAC Report

Much in the American proposal is reminiscent of Russian initiatives at various international diplomatic fora. However, it appears that the US plan could be aimed at strengthening the international coalition on cybersecurity and thereby weakening the Russian diplomatic position on this issue.

NATO strategy for cybersecurity is enshrined in the “Strategic Concept for the Defense and Security of the Members of the North Atlantic Treaty Organization”, as well the NATO Lisbon Summit Declaration of November, 2010. In June 2011 a cybersecurity doctrine was adopted which is currently not available to the general public. In addition, NATO is creating administrative and organizational structures to enhance collective cybersecurity.

There is little doubt that such initiatives of the Alliance cannot but cause concern among Russian officials. Russia, in turn, is a party to international treaties of collective security, aimed at guaranteeing security in different spheres, including the information one. Regular discussions of information security issues at the summits of the Collective Security Treaty Organization (CSTO) testify to the success of Russian diplomatic efforts.

China supports Russia on the issue of the international information security. Both countries share a mutual commitment in matters relating to cybersecurity within the framework of the Shanghai Cooperation Organization (SCO). Russian-Chinese cooperation in this field is based on the Action Plan to ensure international information security (IIS), which had been drafted by SCO member-state experts and was approved by the member-state leaders on August 16, 2007. [1].

Given the serious international political situation that Russia is facing in 2014, its diplomacy is in dire need of support from such a strong partner as China. Of all the global partners, China's position on various aspects of information security is the closest to Russia’s, and Russia maintains very close cooperation on it with that country. In view of the significant developments that have taken place in this area in recent years, Russia and China should reaffirm their official positions and mutual obligations.

Rate this article
Share this article
FOLLOW THE LATEST DEVELOPMENTS
Project
Russia and China: Partnership in the Context of Security Challenges and Development in the Asia Pacific
Tags
Russia, China, Internet, Cybersecurity, Internet governance
Reader's choice
HideShow
The Ukrainian Crisis and Strategic Stability
How Russia's Policy in the Middle East and North Africa is Changing After February 24
The Soft Power of India and Russia
Why Russia Believes It Cannot Lose In The Armed Conflict in Ukraine
A Friendship Higher Than Alliance