Russia and Brazil - What Will Come After Rousseff?

Now, in the middle of the worst political and economic crisis in the history of the modern Brazil, the fragile government of president Dilma continues to assign a high importance level to a policy, which emphasizes that future goal of Brazil’s economy- beyond the BRICS- is linked to obtaining a complete trade pact with the NATO-connected European Union. Statistics raise question whether the Western European pivot is really worth it or if it is a boondoggle that supports the lush life aspirations of the political class.

In October of 2005 Vladimir Putin and Luiz Inacio Luiz da Silva, entered into historic strategic alliance, which continued to grow under presidents Dilma Rousseff and Dmitry Medvedev and led to commerce in oil extraction, the exploration of outer space, aerospace cooperation and the sale of Russian military hardware to Brazil. Moreover, Brazil is now a major exporter of meat and other agricultural products to Russia.

However, the relationship could obtain greater status if it were given a higher media profile like the Brazil-China alliance has been. After all, Russian intelligence and military professionals are operating in Brazil to help the Brazilian defense ministry, led by Aldo Rebello of the Brazilian Communist Party (PCB), with anti-terrorist and security operations, and training cadre for the summer 2016 Rio 2016 Olympic Games. In addition, football fans in Rio and São Paulo and Recife are quick to acknowledge that Brazilian national team star “Hulk” plays on the Zenit team in St. Petersburg. But few Brazilians are aware that Brazil’s first astronaut, Marcos Pontes, was launched into space by the Russian Soyuz TMA-8 to work on the international space station.

Now, in the middle of the worst political and economic crisis in the history of the modern Brazil, the fragile government of president Dilma continues to assign a high importance level to a policy, which emphasizes that future goal of Brazil’s economy- beyond the BRICS- is linked to obtaining a complete trade pact with the NATO-connected European Union. This “we want to be like the Western Europeans” mantra of Brazil’s political class and the huge, near government enterprises known as “the champions” for nearly four decades, regardless of accusations of corruption, influence peddling and other ethical issues that have complicated each of the post-junta elected presidents Jose Sarney, Leopoldo Collor, Fernando Henrique Cardoso, and now the “left leaning” regimes of Lula and Dilma.

Statistics raise question whether the Western European pivot is really worth it or if it is a boondoggle that supports the lush life aspirations of the political class. For example, of Brazil’s exports by region (2014) 38 % went to Asia, 22 % to Eastern and Western Europe, and 20 % to North America. The five nations from whom Brazil imports the most are China, USA, Argentina, Netherlands and Japan, in that order.

Because of the large number of Europhiles who populate Brazil’s political class (as well as Francophile and Anglophile traditions that continue at Itamaraty, the ministry of external relations originally modeled after the Quai d’Orsay in Paris) the development of the European Community integration takes priority over bilateral relations with Russia and other Eastern European. 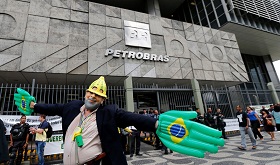 For example, little is said in Brazil media about the purchase of sophisticated surface-to-air missiles from Russia that Brazil says it will take delivery on later this year. It is possible that the Kremlin will have to renegotiate defense and other deals with Brazil due to the crisis. This is what China is doing right now with its massive investments in Argentina.

Official Brazil media in February did a small release on the meeting in Brasilia between president Dilma and Patriarch Kiril. Still, there was no coverage by major online and print media of the visit of Patriarch Kiril and his delegation of government and business officials aimed at promoting Russia-Brazil bilateral relations.

Speaking at the Antioquina Metropolitan Church in São Paulo Kiril said that “Brazil can successfully build a just society but only if unites the power of knowledge, education and technology with the power of prayer and Faith to end poverty and raise the public’s quality of life.” Kiril’s words take on a greater meaning since Brazil’s “left leaning” Workers’ Party has struggled after promising to build a “just society” when President Lula was elected 13 years ago. Now, President Lula’s handpicked successor and former chief-of-staff, Dilma Rousseff, faces possible impeachment and removal from the office for alleged financial irregularities you can read about everywhere. Her attorney general has made a passionate defense for his boss, charging that impeachment efforts are based on weak constitutional grounds. Dilma, Lula, and a massive Workers Party influenced social media campaign, primarily on Facebook, calls the impeachment effort a coup.

In a nation where it is mandatory for every citizen to vote, a major polling organization indicates that only 60% of the electorate understands how the impeachment process operates.

As the impeachment drama plays out in Brazil’s lower house in mid-April the dean of Brazilian political writers, Fernando Rodrigues, who has been a Nieman Fellow in journalism at Harvard University, wrote of the posssibility of another kind of constitutional coup that may impact on Dilma’s future.

Former president Lula is now a suspect in the Car Wash (Lava Jato) investigations focused on corruption and inflence peddling, being conducted by the Federal Police, who with the approval of a judge, searched one of his Lula’s homes, questioned him, and briefly detained him. 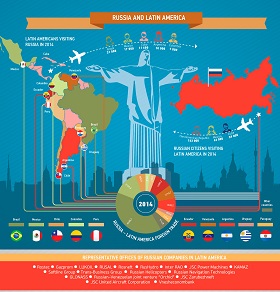 Lula and the Workers’ Party were defiant and outraged and took to the streets. But across Brazil their presence was dwarfed by the 3 million people who demonstrated calling for Dilma’s impeachment.

In a “solution” credited to Dilma to “immunize” Lula from legal proceedings, Dilma named Lula as Chief-of-Staff of her government, effectively making him immune from prosecution. Although Dilma has sworn Lula in as her Chief-of-Staff, a Supreme Court justice has enjoined him from taking office. Rodrigues, writing in Folha de São Paulo, however, says that Lula has been acting as Chief-of-Staff behind the scenes, trying to twist arms and make deals that provide second level ministerial jobs with big budgets to incentivize members of the Lower House to vote against impeaching Dilma. This, Rodrigues says this is a big political risk for Lula, who is in violation of the Supreme Court injunction, and the Brazilian constitution.

If the full lower house eventually votes to impeach Dilma, the process moves to the Senate, where senate president Renan Calheiros says it will be difficult to muster enough votes block Dilma from going on trial. She would be required to step down temporarily during the process, and her running mate, vice president Michel Temer of the Brazilian Popular Democratic Party (PMDB), Brazil’s largest party, would take her place. Temer, a centrist, is not popular with the Workers’ Party beause he removed the party from the coalition’s “allied base.” He is also not popular with the electorate, according to recent Datafolha polling. It is unlikely that Brazil’s congress, under a Temer interim presidency, would pass legislation that would impose tough fiscal measures on the budget and the working class.

Another solution being discussed by Brazilian businesses and political power brokers is the possibility building support in Congress holding a snap election. Dilma, who steadfastly refuses to resign, has told Brazilian media that if there the whole Congress supports that idea, “come and talk to me.”

US president Barack Obama, when asked recently in Argentina about the crisis tearing the social fabric of Brazil apart, said merely that “Brazil is a mature democracy.”

Rate this article
Share this article
FOLLOW THE LATEST DEVELOPMENTS
Tags
Brazil, Dilma Rousseff, Russia, European Union
Reader's choice
HideShow
A Tale of Two Interventions: Why Russia Succeeded in Syria When U.S. Failed in Afghanistan
Sanctions Against Belarus: A Hybrid Option
Forget Kalashnikov? Russian Foreign Policy After Realism
The End of a Belle Époque: Stability and Risks in Germany’s Elections
The Nuclear Triad: Alternatives from the Days Gone By