A UK–Russian Conversation on Arms Control, Strategic Stability and Ukraine

RUSI and the Russian International Affairs Council (RIAC) recently brought together experts from our two countries to discuss how to bring ‘strategic stability’ to the relationship between Russia, the UK and NATO. Given the high-level dialogue now under way between Presidents Joe Biden and Vladimir Putin, and the ongoing Russia–Ukraine crisis, it is a conversation that has taken on a particular relevance today. RUSI Deputy Director-General Malcolm Chalmers and RIAC Director Andrei Kortunov reflect on the main issues.

RUSI and the Russian International Affairs Council (RIAC) recently brought together experts from our two countries to discuss how to bring ‘strategic stability’ to the relationship between Russia, the UK and NATO. Given the high-level dialogue now under way between Presidents Joe Biden and Vladimir Putin, and the ongoing Russia–Ukraine crisis, it is a conversation that has taken on a particular relevance today. RUSI Deputy Director-General Malcolm Chalmers and RIAC Director Andrei Kortunov reflect on the main issues.

Malcolm Chalmers: Historical experience suggests that legally binding arms control agreements only happened when tension between the major powers had already been reduced – as after the 1962 Cuban crisis, or after the Gorbachev–Reagan rapprochement in the 1980s. Before getting to the point where formal agreement became possible, the key priority was to focus on ‘graduated and reciprocated initiatives in tension reduction’ – what US academic Charles Osgood called ‘GRIT’. Would you agree? And what might this mean practically in relation to the growing tension on the Russia–Ukraine border? 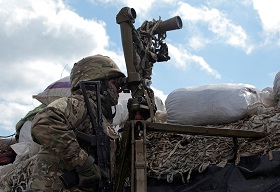 Andrey Kortunov:
The Russians Love Their Children Too?

Andrei Kortunov: Indeed, the Russian position has always been quite legalistic – Moscow has insisted on legally binding agreements on arms control and other security-related matters. However, even such agreements do not necessarily provide full security guarantees. They are not carved in stone; countries can walk out of such agreements using appropriate procedures. For instance, when the White House decided that the Anti-Ballistic Missile Treaty or the Intermediate-Range Nuclear Forces (INF) Treaty had lost their value for US security, the US unilaterally abandoned both agreements. Russia suspended its participation in the Conventional Forces in Europe Treaty in 2007, and a couple of years later Moscow announced that it was completely halting its participation. Besides, I can hardly imagine how any agreement with the Kremlin, short of Russia’s complete unilateral disarmament, could be ratified on Capitol Hill or meet with unanimous support at the North Atlantic Council. So, though we should not reject the idea of full-fledged, legally binding agreements in principle, I would agree that we should move towards this goal through a diverse set of small, incremental, parallel confidence-building measures that would pave the way for more ambitious arrangements at a later stage. Such measures of mutual restraint could stabilise the situation in the Black Sea, or in Donbas, or along the line of contact between Russia and NATO. By the way, this approach has been successfully tested in the Baltic Sea area; the current military situation there is much better than in the Black Sea.

Malcolm Chalmers: I agree with you on the limitations of legally binding arms control. I would add that such agreements also depend on all parties meeting their treaty obligations, and convincing their co-signatories that they are doing so. It was Russian deployment of new systems in violation of the INF Treaty that doomed it, not changing US security calculations. Having said that, both the Russian and US militaries were already pushing back against the restrictions of a treaty that prevented them from deploying systems – medium-range missiles – which other powers (not least China) were fielding in large numbers. Yet it is hard to see how China could be involved in global arms control treaties any time soon, or why it would want to be.

Andrei Kortunov: The critical point here is about ‘both sides’. As I see the official Russian position, there are two things that the leaders sitting in the Kremlin are not likely to do. First, they will not confess that they have done anything wrong or inappropriate in the past. There is no tradition of recognising any mistakes or wrongdoing committed by the Russian side. Second, they will insist on reciprocity, since unilateral concessions are regarded as a sign of weakness and an invitation for more pressure. Keeping these limitations in mind, we should come up with an arrangement that both sides could present as a political victory. For instance, a pullback of Russian troops from the Ukrainian border should be complemented by a clear signal from the West that it would not support a ‘military decision’ on the Donbas problem, if Kyiv entertains such a decision. Russia would also insist that the commitment to stop cyber attacks should be reciprocal, and Russian negotiators would present a long list of cyber attacks against their country that can allegedly be traced to the West. Of course, reciprocity is a tricky issue, when you believe that you are right, and your opponent is wrong. It gets even more complicated if we factor in the deep asymmetries in political systems and decision-making procedures in Moscow and Western capitals. But diplomats are paid to resolve difficult problems, not just easy ones.

Malcolm Chalmers: These are both good ideas, if the Kremlin were prepared to take them seriously, and provided that the steps taken could be verified.

I know that the idea of a Ukrainian military offensive against Donbas is widely discussed in Moscow. But in Kyiv and in the West, the idea is seen mainly as part of a Russian disinformation campaign to justify a further offensive against Ukraine. So, if Russia really were prepared to demobilise its growing invasion capabilities near the border, there could be room for discussion on reciprocal measures from Ukraine. As part of this, though, Russia also needs to lean on its separatist allies in Donetsk and Luhansk to stop their incessant bombardments along the line of separation. If Russia wants to rule out military solutions to the Donbas issue, enforcing the ceasefire would be a great place to start. Russia should then move to ensure that armed groups that it supports are demobilised and disarmed, as foreseen in Article 10 of the Minsk II accords.

On cyber, we agree. If Russia’s political leaders are prepared to authorise a frank discussion between experts, that would indeed be a step forward. Both our societies are vulnerable to cyber attacks, and an escalation in this sphere could damage us both. Legally binding treaties are unlikely to play much of a role, given the pace of technical change and the difficulties of verification. But UK technical experts believe that they can reliably attribute many attacks to Russian actors. The problem, from their point of view, is the lack of Russian responsiveness to such concerns when they are raised. I get the point that the UK, and its allies, also need to respond to Russia’s own concerns, and that it would all take time. But the first step – a frank private exchange between professionals – could open up some doors quite quickly, if there were the political will to do so.

But I think we have to ask a more fundamental question. Putin’s statements on Ukraine suggest that he simply does not view it as a legitimate independent state. Worryingly, he may also be signalling that time is running out for those, like himself, who want to bring a large part of Ukraine back into the Russian fold. Would Russia really be willing to reconcile itself to an independent Ukraine, with its current borders, if only it were reassured in other ways? Are confidence-building measures enough to avoid war? 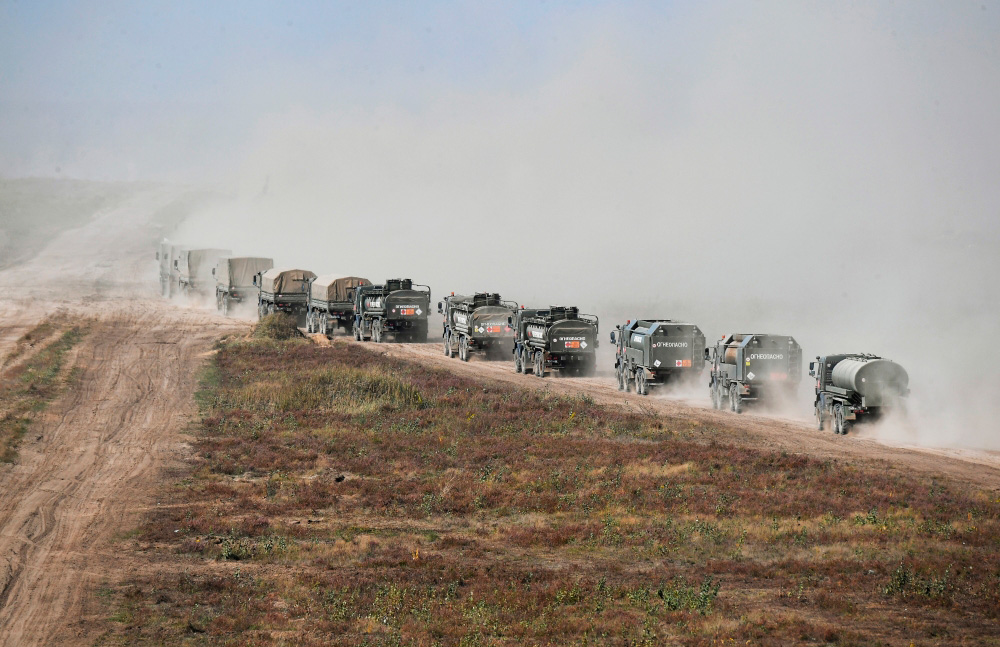 Ivan Timofeev:
War Between Russia and Ukraine: A Basic Scenario?

Andrei Kortunov: This is a long and painful adjustment for the Russian leadership and even for Russian society at large. Though the Soviet Union ceased to exist 30 years ago, the process of imperial deconstruction has not been completed. Both Russia and Ukraine are still shaping their new national identities. For many Russians, it is still hard to approach Ukraine as another foreign country, like Romania or Poland. For Ukrainians, especially in the west of the country, the easiest way to secure their newly discovered identity is to articulate the differences between Ukraine and Russia. This does not mean, of course, that a new war between Russia and Ukraine is unavoidable, but we should not underestimate the many political, social, cultural and even psychological complexities of the Russian–Ukrainian relationship. What matters today is that the overwhelming majority of the Russian population would not support a large-scale military operation against Ukraine. Russians might have a negative image of Ukraine and, particularly, of the Ukrainian leadership, but this does not mean that they will be enthusiastic about a bloody war on their doorstep. Russian society is much more preoccupied with burning domestic social and economic problems than with possible military victories. The only thing that could change the mood in Russia in a radical way is a hypothetical attempt by Kyiv to resolve the problem of Donbas by using military force. An escalation in the east of Ukraine, particularly if it involved significant casualties among the civilian population there, is likely to mobilise Russia’s hawks. We should not forget that there are about a million Russian citizens living in Donbas.

Malcolm Chalmers: Your recent article for RIAC claims that Putin’s dream of reclaiming Ukraine is no different from a hypothetical dream of Joe Biden’s to annex Canada. I hope you are right. But we would do well to remember that it took a post-independence war – which even included the British sacking of Washington DC in 1814 – before the two English-speaking powers were reconciled. Today, the US–Canada border is the longest un-militarised border in the world. How much more conflict will we need to see before the border between Russia and Ukraine can become as peaceful?

Andrei Kortunov: In the 21st century the pace of history is much faster than it was 200 years ago. I am sure that one day the Russian–Ukrainian border will be as peaceful as the US–Canada border is today. However, the road to such a state of affairs will be long and bumpy. Today the challenge is to start walking forward along this road, not backward. First, we should avoid a new escalation at any cost. Second, we have to work harder on at least the military components of the Minsk Agreements – ceasefire, withdrawal of heavy weapons, and strengthening the OSCE monitoring mission. Third, we should put the Ukrainian issue into the broader context of Russia–NATO relations, including restoring communication lines between Moscow and Brussels. This is a modest agenda, but all sides will need a lot of political will, commitment and stamina to execute it.

Malcolm Chalmers: I agree with you on all three points. All I would add is that, if agreement can be reached on a programme of immediate confidence-building measures, it could open new space for broader conversations on Russia’s relations with its neighbours, and with NATO. Thank you, Andrei, for a very interesting exchange.

First published in the RUSI.

The costs of a possible war between Russia and Ukraine far outweigh the benefits. The question arises—to whom and under what conditions is this scenario beneficial?

The Russians Love Their Children Too

Logic, common sense and event analysis suggest that a large-scale war with Ukraine is completely irrelevant to Moscow’s plans

Tags
Russia, United Kingdom, Ukraine, European security
Reader's choice
HideShow
No Time for Fatalism
Ukrainian Crisis, Turkey and Eurasia: Who Wins?
What Could Take BRICS Forward?
On Russia’s Fulfillment of Obligations under the Convention on Prohibition of Chemical Weapons
Europe and the Atomic Bomb