A Roadmap for Russia–U.S. Relations

Today, both Moscow and Washington at official and unofficial levels recognize that relations between the United States and Russia have hit perhaps their lowest point. This is possibly one of the very few issues the Russians and the Americans actually agree on. Indeed, even at the height of the Cold War, the political dialogue between the Kremlin and the White House was never interrupted for such an extended period as it has been recently.

Another point both parties agree on is that the current crisis in Russia–U.S. relations is fraught with serious risks. Not just for the two countries concerned, but also for international security as a whole. I happened to visit Washington recently, and these concerns were voiced in almost every single conversation I had with prominent U.S. politicians and public figures.

As is often the case in life, it turned out to be far easier to create the crisis in bilateral relations than to find a way out of it. There is no shortage of so-called “hardliners” on both sides (and this will always be the case), who call for a rejection of the very notion of compromise and insist on the unconditional surrender of the other side. Yet we have all seen that, despite all the sanctions, Washington has been unable to impose its will on Moscow. And it would be equally absurd for Moscow to try to do the same with regard to the United States.

And if it is so, then we have only one option: to agree on the basis for taking the legitimate interests of both sides into account. All the more so because there are no insoluble problems between the two countries, and the problems that do exist can be resolved through negotiations.

Diplomatic experience teaches us that we need to study both the current international situation and historical precedents if we are to develop the most fitting solution to the problem. Let us take an example from the recent past, coincidentally a series of events in which I was directly involved. In early 2001, the newly elected President of the Unites States George W. Bush released a long list of Russian diplomats considered personae non grata in that country. The Russian government responded with a list of its own. A serious crisis in bilateral relations thus began — at the very start of a new political cycle in the United States.

In order to prevent the situation from spinning out of control, the Russian leadership made a critical decision: it would not succumb to the temptation to get pulled into the spiral of confrontation, and instead organized a personal meeting between the presidents of the two countries without delay. The meeting took place in Ljubljana on June 16, 2001. 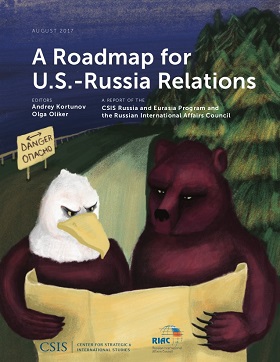 RIAC and CSIS Report “A Roadmap for U.S.-Russia Relations”

The meeting did not concern any pressing international issues, it was not followed by high-profile statements, and neither side viewed it as a means to immediately solve all the problems that had accumulated between Moscow and Washington in the preceding years. The main goal was simply for the two presidents to “look one another in the eye” and demonstrate that, despite all their differences, the countries were open to political dialogue and the search for solutions to the existing problems.

Ljubljana meeting thus reached the goal: the presidents started to meet on a regular basis. And, despite the profound differences between the two countries (suffice it to recall the withdrawal of the United States from the Anti-Ballistic Missile Treaty and the war in Iraq), the sides managed to maintain an intensive political dialogue and successfully work together on the international stage, whenever doing so was in the interests of both Moscow and Washington.

Projecting this experience onto the current situation, we can draw the conclusion that the only thing capable of breaking the vicious cycle in Russia–U.S. relations and launching them towards a state that is acceptable for both sides is a personal meeting between President of the Russian Federation Vladimir Putin and President of the United States Donald Trump. Of course, the current state of Russia–U.S relations is more complicated than it was 17 years ago, and Donald Trump’s position in Washington is not as solid as that of George Bush in 2001. However, it is very unlikely that we will be able to reverse the negative trends in the bilateral relations if a summit meeting is not held.

In all honesty, such a meeting should have taken place a year ago, or even earlier — right after Trump came to power. Unfortunately, circumstances conspired to prevent an “early summit” between Russia and the United States. However, it would be a serious mistake to postpone the meeting any further. Where exactly this meeting will take place is a technical matter, because the most important thing is for the presidents to have the opportunity to exchange opinions freely on a wide range of issues. Obviously, a full-fledged bilateral summit is required for this — yet another meeting “on the side-lines” of a multilateral event is simply not enough.

After such talks, the presidents could instruct the relevant ministries and government agencies to resume meaningful negotiations on the most pressing issues on the bilateral and international agenda and agree on a roadmap for developing relations at least until Trump’s term in office is up. The long history of bilateral relations between Russia and the United States would suggest that a direct mandate of this kind is absolutely essential to launching such a negotiating mechanism. At the same time, the presidents could agree upon a schedule for further meetings and exchange visits. 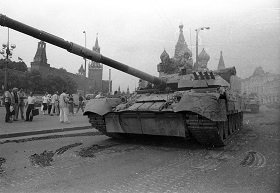 Andrey Kortunov:
A Letter to John: Where Are U.S.–Russia Relations Headed?

It is extremely important that this road map outlines several areas for future work, assuming the presidents of the two countries give the go-ahead. First, the sides need to work out and agree on the scope of the most pressing issues that need to be addressed — issues which, if left unattended, could lead to serious incidents between the two countries in the air, at sea and on land. We need to restore tried and tested channels of communication or develop new ones — primarily between military departments — in order to prevent possible incidents and unintentional escalation.

Second, serious negotiations are required in order to resolve the problems that have built up in the bilateral and multilateral aspects of security. We are talking here about the entire complex of issues related to strategic stability, strategic arms control and the regional conflicts in which the two countries are involved in one way or another. So-called “non-traditional” security threats such as cybercrime are acquiring greater significance. And we cannot expect to find an adequate response to them after a single round of negotiations. What we need is a systemic approach, long-term and persistent efforts on both sides.

Third, there is a range of issues that, for a number of reasons, would appear to be unresolvable at the present time. We are talking here primarily about issues of the internal development of the two countries, about the “values” and fundamental principles on which the new world order should be built. But dialogue is necessary on these points as well, so that we can better understand each other’s stance and avoid pointlessly rocking the boat. 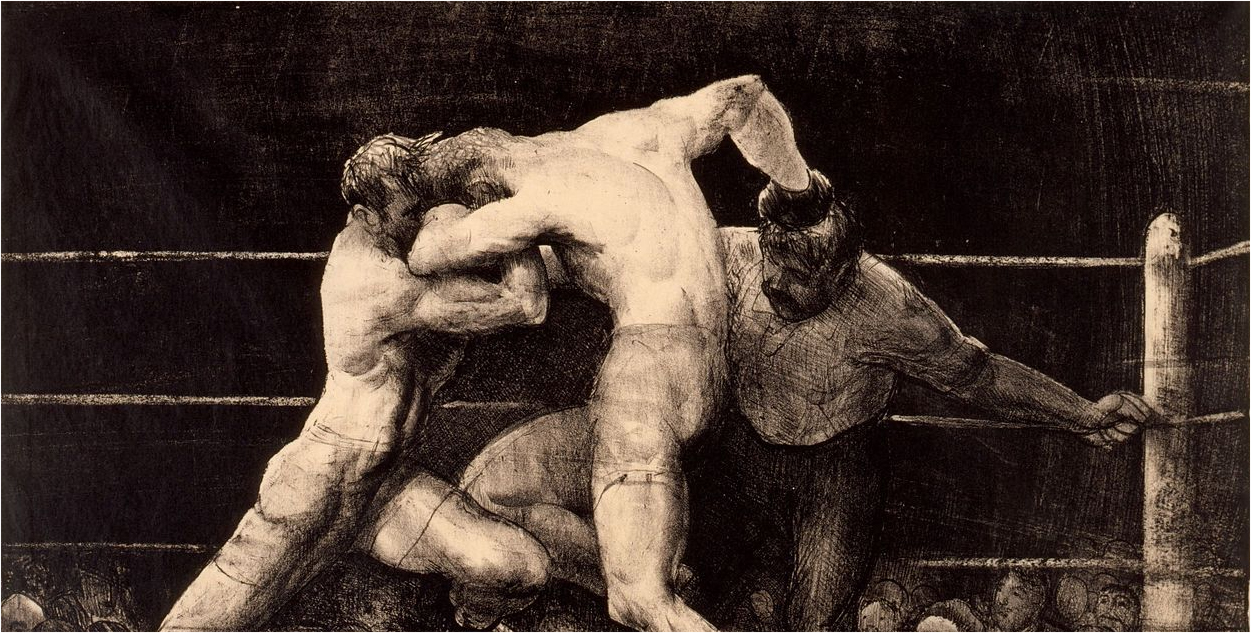 Fourth, a meeting between the presidents would go some way to removing the barriers that have been erected in recent times to communication between the people of the two countries. Even today, amidst a vicious propaganda war, Russians and Americans are still extremely interested in one another. The fact that more U.S. tourists have come to Russia to attend the FIFA World Cup than from any other country is particularly telling.

The development of full-fledged cooperation between Russia and the United States through civil society and the professional community demands that we address, in the shortest possible time, the clearly absurd situation with regard to the issuing of visas and remove the obstacles that are preventing scientific, cultural and educational contacts between the two countries from achieving their full potential.

We need to be prepared to exert great efforts consistently and over a long period — efforts that will not bring immediate results. The inertia of confrontation will continue to influence public opinion in the United States and Russia for a long time. This inertia will inevitably colour the positions of the expert community in both countries — and not in a positive way — and will be reflected in the leading media, influencing politicians and public figures. But the scope and complexity of the tasks facing us are no excuse for not making any efforts to resolve the problem whatsoever.

Talking to journalists at a press conference in Qingdao, China, on June 10 about the possibility of holding a Russia–U.S. summit, President of the Russian Federation Vladimir Putin said, “As soon as we can set one up, I’m there. As soon as the American side is ready, we’ll set up a meeting.” Now the ball is in their court.

Rate this article
Share this article
FOLLOW THE LATEST DEVELOPMENTS
Project
Russia and the US: Problems in Bilateral Relations, Regional and Global Challenges
Tags
Russia, USA, Vladimir Putin, Donald Trump
Reader's choice
HideShow
Searching for a New World
Twelve Steps Toward Greater Security in Ukraine and the Euro-Atlantic Region
A Crisis Management Mechanism in the Middle East Is Needed More Than Ever
The Answer to West Asia’s Recurring Wars Is Greater Regional Security Dialogue and Ownership
A Plea to Save the Last Nuclear Arms Treaty