US Fake Media? – or CIA Assets?

It is grossly unnoticed – and from official side unbelievably denied - just how much “free” western media are controlled by security agencies. Due to the secretive nature of the problem, most of it happens “below-the-radar”. So we must carefully collect and critically scrutinize the pieces of evidence, which we come across. I first became really aware of the scope of US security-control on media from an magazine article. It included a look at the book-memoirs of Larry Devlin, a former CIA station-chief in Congo. It was recounted, how Devlin had been charged by his superiors at the CIA to assassinate independent Congo’s first and democratically elected president, Lumumba, in 1960. In the thorough preparations, the CIA station-chief became a bit uneasy, not for being about to murder a democratically elected head of a state friendly to the USA, but because the target-person Lumumba had become so internationally popular, that the editors of Time magazine had planned to nominate him as “Man of the Year”. The CIA station-chief was just uneasy about how the US public might react to the sudden death of a popular and recently nominated “Man of the Year” (in the end, the CIA let the Belgians do the dirty work of killing Lumumba). The CIA station-chief recounted, how he presented this uneasiness about Time magazine to one of his superiors, US Ambassador William Burden. His superior quicly responded by flipping through the pages of his address book, grabbing a telephone, and calling Henry Luce, the owner of Time magazine. After leaving a message to his assistant, Henry Luce, the owner of Time magazine soon returned the call. Bluntly and without any effort of explanation, the superior simply told Time magazine's owner NOT to nominate Lumumba “Man of the Year”. When the owner of Time magazine mentioned that the cover-story with Lumumba was just about going to the press, he was simply brushed own with "Come on, Henry, you must have other cover stories!". Direct US government orders on behalf of the CIA to one of USA's biggest magazines, about purely editorial and journalistic cover page choices !

From the description of the CIA station-chief, it was simply the routine for a US government official, to control content in one of the US top-media like that. This is much more than censorship, it is US government and security agencies controlling the leading Western media. In extension, also notice the historic financial connection between Time magazine and CNN news through the Time-Warner group (today the WarnerMedia group) all the time up to 2014. The story about Lumumba was from 1960, but don’t feel sure that these things have changed since: On the contrary, they have become even more pronounced. In 1976, an official Congress investigation, the Church Committee, looked into CIA-media relationships. The Congress-report filled 6 book-volumes. The US Congress investigation found, that nearly all chief-editors and CEO’s of top-US media were enmeshed with the top of the CIA. It also came out, that top US media had worked with the CIA in several ways, including giving false identity-covers for CIA-agents, so they could double as “journalists” for the media, when in fact they were working, for instance, against Russia. The Congress report did not want to go too much into the issue, if and to what extent, the CIA interfered with media-content, but this possibility was left open in the report. Since 1976, no further reports wanted to go too close into the issue of CIA-media connections.

Go forward to Wikileaks. A working paper was leaked from a special CIA task-unit called “Red-Cell”, which had elaborated plans how via western media to create a more favorable opinion among western populations towards to at that time already badly developing and endless Afghan war. From Wikileaks, I downloaded that working paper from “Red-Cell”. The CIA-group called “Red-Cell” planned for instance, to mobilize Feminists and men sympathetic to womens’ problems, that these parts of the western public should be induced to feel bad conscience that they would “abandon” Afghanistan’s women, if they failed to support the US war in Afghanistan. 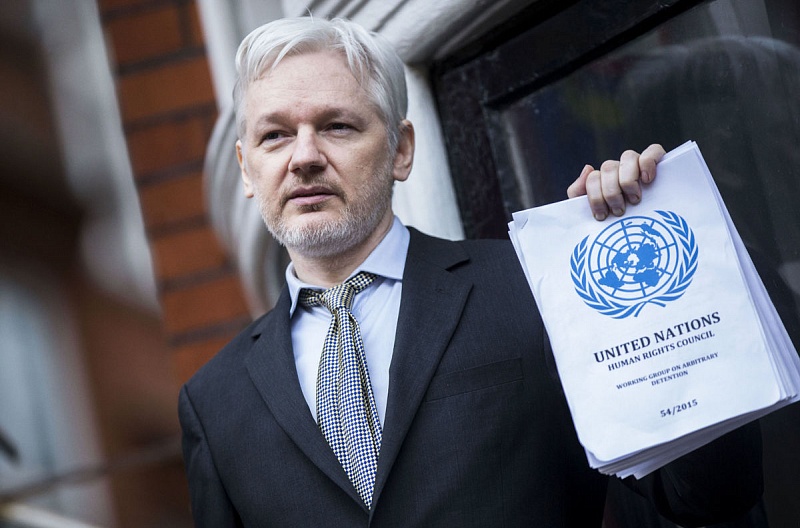 Public information accessible on Western media-control is confirmed by information, which I received at the personal level. I had several direct meetings with a journalist who had worked for one of his country’s biggest and most “political correct” papers as Western correspondent in Russia. He told me, he was harshly criticized by his editor-chief, when he did NOT report upheavals in Moscow, just because there were no upheavals. He actually had been all around Moscow, and had checked with his own eyes, that Moscovites at the time were everywhere calm. But his editor-chief confronted him with narratives from US papers Washington Post and New York Times, which had both reported significant upheavals in Moscow, and they criticized him for reporting something directly contrary to these two US big-media. Here you may start wonder not only about the reaction of the editor-in-chief of the correspondent, I later talked to, but also to wonder, why Washington Post and New York Times reported upheavals in Moscow, at a time, where were none. Were Washington Post and New York Times instructed by the CIA to write fake-news to destabilize the image of Russia? After this incident, the journalist was simply ordered by his editor-chief, that he should always consult Washington Post and New York Times, before writing his own news from Moscow. And if there was any discrepancy between what Washington Post and New York Times wrote, and what he could see in Moscow with his own eyes, he should NOT write his own story, but simply make a fake news-report from Moscow to his own newspaper’s readers, to confirm what Washington Post and New York Times reported. Interestingly, the editor-leadership of the mentioned newspaper has for longer periods had close relations to top-US official circles through membership of a high-prestigious Transatlantic “closed club”. Also notice, how Al Jazeera “suddenly” had to close down business in the USA. I often read Al Jazeera English website, and have followed, how many troubles Al Jazeera had had, to obtain just the normal legal rights to broadcast in the USA. The thought came quite clear, that US security might be doing everything they could, to make it impossible for Al Jazeera to work in the USA – of course in deniable (hidden) ways. It therefore came as no surprise to me, when Al Jazeera later “incidentally” ran into trouble acquiring enough audience to run their CIA-FBI independent media-business in the USA. The Russia news-agency RT has been lambasted in the USA for NOT criticizing Trump. Compare this with how a US media like the CNN consistently has taken side AGAINST Trump, also if Trump did something either right, or not-so-bad. Even when Trump recently by the Mueller-investigation was proven innocent of “Russia-collusion”, the CNN managed to somehow make Trump look “guilty” still. Also notice, how CNN seemed very much to take side with FBI chief Comey when Comey was fired by Trump – and only a US niche-media like the American Conservative wanted to expose, how (now former) FBI-chief Comey probably had been acting in disloyal ways against Trump, and that Trump therefore was right to fire Comey. It should not surprise anyone, if it should appear, that CNN today, 57 years since the killing of Lumumba (ref. above), has very-very close top-.connections (to say the least) with the security-top of FBI-CIA. That why I sometimes use the very long-word: US military-industrial-political-media complex. To follow up on this, notice an interesting diversion of facts in CNN’s recent “true” story in the Julian Assange saga: https://edition.cnn.com/2019/04/12/uk/julian-assange-ecuador-embassy-eviction-gbr-intl/index.html

CNN squarely puts all blame for the Julian Assange extradition by Ecuador on Assange himself. The CNN suddenly comes up with rather crazy – and considering circumstances not overly plausible - stories about repeated “bad behavior” from Julian Assange’s side against his host, Ecuador. Stories about Assange, which have never circulated before now, when an explanation for his extradition needs to be presented. Omitted by CNN in their “true” story about the Assange extradition is, that Ecuador’s left-wing president Correo in 2017 was succeeded by the much more right-wing president Moreno. Several news have since 2017 appeared, that the USA in different ways (overtly, and probably also covertly) piled up a lot of pressure on Ecuador’s new right-wing president Moreno, to let the USA get to take Assange in the Ecuadorian embassy in London. Seen on this background – the CNN story about Assange “misbehavior” may even be totally wrong, “fake news”. What much more likely really happened is, that Ecuador made a deal with the USA, and that Ecuador then invented stories about misbehavior from Assange in order not to morally not take the blame of reversing their guarantees to Assange. This is no evidence – but a cooperation between CNN and the CIA could be a possible explanation for this kind of skewed “news”.

Trump might be criticized of many things – but you may start to understand his skepticism towards US “fake media”.

OTHER RECORDS
One State Will Remain — for All
Karsten Riise
Africa and Russia: Russia is important to make Africa The Place to be
Karsten Riise
Boris gearing up for General Elections in Fall of 2019
Karsten Riise
Tags
CIA, Fake news, Media, Russia, US Congress, USA