As I have demonstrated on other occasions, the “best” US combat aircraft for export, the F-35, is basically worthless. The decades old F-16 and F-18 in updated configurations are better. F-22 is truly remarkable but is in limited numbers, will not be built anymore (tools destroyed), and is not for export. The EU Eurofighter is behind in the generation race for modern combat aircraft. The French too. The West is losing out.

The EU wants has now embarked on the creation of the Future Combat Air System (FCAS) which includes a next-gen Eurofighter. The initiative is right - but the EU is hopelessly behind.

France is laughable. A paper linked to in a Euractiv article (link now removed) described France trying to even develop an aircraft-carrier able next-gen fighter aircraft. For one single French aircraft carrier? Ridiculous. 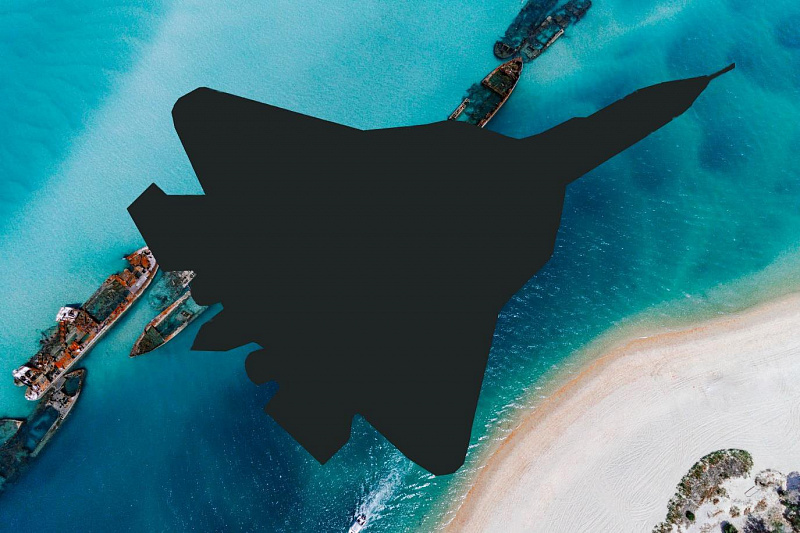 To have a truly competitive next-gen combat aircraft, we need an aircraft with superior flight and combat parameters for tomorrow – and we need an integrated electronic & human combat-system with a generic package with avionics, sensor, weapons control & battlespace to put into not one but a range of aircraft platforms (manned and unmanned). The EU has neither.

The EU will never reach the finish line even in 2040

the EU teams up with Russia.

Russia has a big vital part of what is needed: A truly superior aircraft platform, the Su-57. The EU has what it takes to develop the rest and turn that into a true No.1 global leader in combat. Together, the EU and Russia can and will do it.

This will be a game changer. It will not only revolutionize combat. It will also be a peace project for the EU and Russia – sharing with each other some of the most sensitive technologies in security. The EU would grow independent of US military technology, and Russia would stay independent of Chinese military technology. Both will be boosted up in the global tech-race. Win-win.

Pakistan and India are vital to both Russia and the EU. Two important countries with immense human resources.

India is vulnerable because of the lack of remarkable next-gen aircrafts for export from the West. And though extremely strong in R&D, India cannot lift such a project on her own. India needs a truly competitive combat aircraft to balance China’s great products, the J-20 and the FC-31/FC-35.

Pakistan needs superior combat aircraft too. The only thing which should keep Pakistan away from buying next-gen combat aircraft from China (J-20 and FC-31/FC-35) should be, if there is a better combat aircraft available to Pakistan, than what the Chinese can offer. And that is exactly what this idea is all about.

I sense that Russia (and probably the EU) in such a project would be willing to export a possible EU-Russian combat aircraft to both Pakistan and India. But we must think further.

Can you imagine a better area to cement peace between Pakistan and India than establishing joint work-teams on a common defense project? A lot of the knowhow needed (incl. IT & communication) is readily available in both Pakistan and India. So why not involve it for the common good?

In the frame of peace between Pakistan and India, there should be every reason to involve both Pakistan and India as development partners in a joint EU-Russia defense system. That will speed up the development-cycle widely beyond what the USA and China are capable of. It will also make the project much more affordable and expand the total sales-basis to pay for much more R&D.

Going further. The F-35 has a ridiculous short range of operations, no super-cruise to overcome long distances in a short time (key in modern warfare), and modest payload. The Su-57 as platform is superior in all these and more parameters. A Su-57-nextgen-Eurofighter will because of its vast range and speed widely make aircraft carriers obsolete. Together, Pakistan and India will command the Arabian Sea and the oil-lanes with such an aircraft. No foreign aircraft carrier in the Indian Ocean could operate against Pakistan-India safely out of reach of such a Pakistan-Indian air force. It will of course be integrated with space-assets and surface/subsurface assets. Imagine for yourself the game-change that this could bring in the Pacific and Arctic too.

The EU and Russia will remain the core. And this project will have to start in practical ways. Starting by gaining trust between the EU and Russia by working on concrete sub-projects. Small beginnings for big ends. The same with involving Pakistan and India – together.