With the fall of the Berlin Wall, the world order changed profoundly in 1989. The Soviet Union was dissolved, and it became a “unipolar” world with the United States claiming to be a global hegemon. That was a simple world, at least on the surface. However, beneath the surface, the world was never simple. 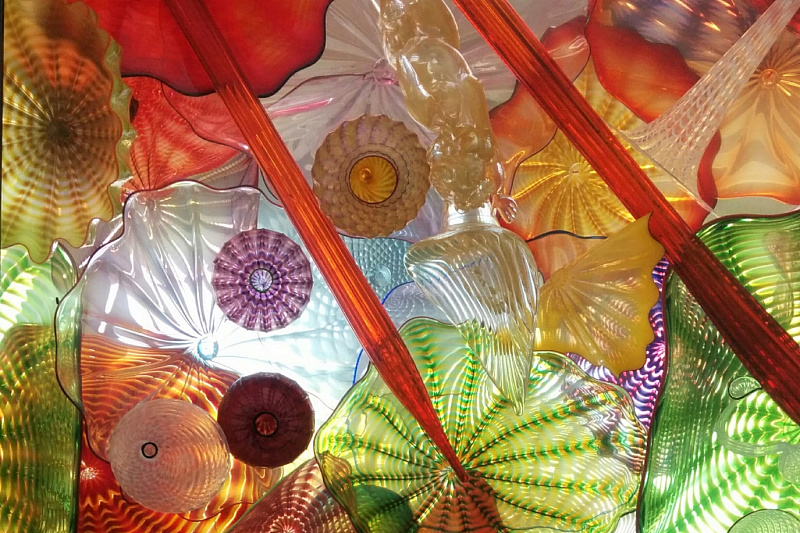 The spat in 2021 about submarines between France, the UK, the U.S. and Australia is a demonstration that the world order has changed profoundly again. Brexit. The rise of China. India rising, now surpassing the UK. The fall of Kabul. The large CPTPP trading area created even after the USA quit. Immense, perhaps soon superior, technological capabilities outside the Western world. The establishment of the world’s biggest trading area, the RCEP, with China and ASEAN without either Europe or North America. Iran and Afghanistan moving towards China and towards the SCO. Rising calls in the EU for Strategic Autonomy from the U.S.

It is now clear that the world is not simple.

International Relations thinkers have problems with complexity. Kenneth Waltz’s famous Theory of International Politics (Neo-realism’s “bible”, 1979) pretended to build on an assumed “parsimony” – simplicity, which Kenneth Waltz thought he saw within the natural sciences. Kenneth Waltz obviously did not look very deeply to understand modern physics, mathematics, biology, because he completely overlooked that these topics are all extremely complex.

Kenneth Waltz also sought to treat “power” as something like gross-domestic product in the economy – something you could measure. Kenneth Waltz was inspired by Economics, which is also very complex, and even mathematical. Unlike Economics, where you can measure the economy in money, in gross-domestic-product, etc., neo-realist scholars following Kenneth Waltz have for decades failed to in any way measure the relative size of “power” between states similar to how you compare the gross-domestic-product of states. And to oversimplify the World unnecessarily more, Kenneth Waltz declared that anything but states was irrelevant to International Relations. States were infamously treated like solid and uniform “billiard-balls”. No non-state actors are allowed to influence Neo-realists’ state of mind.

The failures of Neo-realism have led to many catastrophes in Western International politics. There are two examples:

The U.S. Neo-realists totally failed to appreciate the resurgence of Russia after 2000, even as Russia rose before their very eyes. On paper, Russia in 2002 had a smaller economy than Australia, and a population of 145 million, the same as Pakistan. No data showed that Russia could resurge to where Russia is today. And the Neo-realists failed to understand it even as it happened.

The Taliban were not defeated after the U.S. invasion of Afghanistan in 2001. The Taliban were also not defeated after the presence of the U.S. and NATO forces from dozens of countries, and U.S. President Obama’s “surge” in Afghanistan in 2015 of probably more than 300,000 Western soldiers, contractors, mercenary companies, “experts”, NGOs, and billions or trillions of dollars. The Taliban are looked down upon because they are a non-state actor, and in Neo-realist theory, only state actors create International Politics. Still in the middle of 2021, when the Taliban had overrun district after district, even before the U.S. was out of Afghanistan, Western analysts following Neo-realist theory could not see that the Taliban were taking over fast. That is how blind they are.

The world is just not that simple.

We need parameters to understand the world or international relations. And, yes, please, more parameters than just the single one that Kenneth Waltz presented.

In mathematics, physics, biology, and everywhere in science, it is well known that theories with a few parameters can result in an extreme amount of complexity. Just look at Figure 1. It is one of the simplest results that the Schrödinger Equation gives you in quantum physics:

Fig. 1 – The “simplicity” of quantum physics

The Schrödinger Equation is what a “simple” formula looks like today. Figure 1 does not even show its hidden complexity of imaginary numbers, numbers with the square root of minus one, which is implied inside. But such complex formulas give results that produce nuclear bombs. Even a CD player uses it. Similar complex formulas in 4-dimensional space-time in General Relativity guide GPS (global positioning) to hit targets 10,000 km away with a meter of precision.

The world of human thinking and action is just as complex –­ or more complex – than physics.

So how do we unpack some of the complexity in a human field like international relations? We start by looking closer at the components and their interaction. Let’s look at three components: Fractal, Regional, and Multiplex. And then in the conclusion round off with the complicating factor of interpretation.

Humans aggregate in thinking and action at all levels. From individuals and up to a planetary level. States are just an intermediate level. Above that level, there are groups of states, like the UN, the EU, the Eurasian Economic Union (EAEU), ASEAN, the Shanghai Cooperation Organization (SCO), NATO, etc. Below states, there are provinces, companies, organizations. Ethnic groups, tribes, clans, families, and individuals. Levels combine. And at the atomic level, individuals like George Soros can be very powerful among states in international relations.

For example, the UK is a country. But inside, the UK is like a group of countries – Scotland, England, Northern Ireland, and Wales all have their own “international” politics with each other, with Westminster, and even with other states than the UK. At the level below secession-aspiring Scotland, the Shetland Islands might even aspire to secede from Scotland. The pattern of “state-politics” inside the state of the UK is thus similar to the pattern of the group of states inside the EU. Spain, the Basque Country, and Catalonia illustrate a similar likeness across levels as the UK. Both Greenland and Scotland conduct international foreign policy with own diplomats in the USA and Brussels. Global politics has a “likeness on all levels”.

Fractals are a mathematical concept describing such “likeness on all levels”. When you look closer at one political actor (e.g., state), you find patterns similar to the ones you found at the larger scale, the higher level. Graphic patterns of stock trading look the same on a larger weekly scale as on a small scale of 10 minutes. It goes without saying, that when fractals can be found in human behavior like finance, we should not be surprised to find it in other human areas like International Relations. Inside Fractals like the Mandelbrot set, we find areas of equilibrium, outside, areas of breakdown (mathematic infinity), and on the complex boundary, multi-equilibrium vacillations transiting to chaos theory. On all levels, from the global and down.

Fractals create extremely complex patterns based on very simple iterations for population-growth like Xn+1=rXn(1-Xn) - or the Mandelbrot iteration Zn+1=Zn2+C and Z0=0, where Z and C are complex numbers, giving the Mandelbrot set. See Figure 2. The black Mandelbrot areas are points which move (iterate) towards equilibrium, the areas outside are points moving towards vacillating multi-equilibria, chaos - or breakdown (exploding ad infinitum).

All regions have intense politics. All countries have interactions with all their neighbors, and normally also with the neighbors of their neighbors. As the planet shrinks, people also have more intense interactions with other people, within or against their religion, around neighboring waters, and much further away. For example, Morocco is tied with Indonesia over a long stretched “Muslim Region”. Turkey is tied with the countries of Turkic people in Central Asia. Spain is tied with Chile over an extremely long distance through language and culture. Yes, “regions” can have all kinds of forms and complexities.

In world history, we see a constant dialectic between forces of political agglomeration, of equilibrium, and of forces of secession and division - with multiple equilibriums interceded by transitions of breakdowns. The Empire of Qin (China), the Roman Empire, the British, Austro-Hungarian, and German empires and the Soviet Union were agglomerations. So was the U.S. “unipolar moment” since 1989. The EU is, too. Brexit and at the next level Scottish Independence Movement and North Irish republican border movement are examples of divisions. As the world shrinks, agglomerations take on new large units.

As U.S. power recedes from the World, the regional politics, the regional dynamics, come to the fore. Regions become dominant for defining international relations. And these regions gravitate into larger mega-regions like the EU, Mercosur, ASEAN, and the African Union. Even larger ones like the SCO.

The diminishing of U.S. power in trade and military leads to interactions between mega-regions, regions, states, provinces, and cities in ways that increasingly bypass the USA.

A multiplex theatre is a huge building with a plethora of scenes, big and small. Actors from all over the world can join and mix on these many scenes in ever new ways. The world is a spectator.

Professor Amitav Acharya at American University was born in India and has worked at universities all over the world. Prof. Acharya uses the Multiplex Theatre as a metaphor, as a descriptor for how the complex world works. Scenes have all sizes and combinations of actors from all over the World. The pieces they perform on these scenes are different, but the way they work has many similarities across location and scale. The multiplex has fractal characteristics.

And like fractals, these many scenes are iterations, often leading to equilibrium, at times leading to unforeseeable vacillations between two or more states of equilibrium. And sometimes chaos, break-down, and war. We see agglomerations of actors, and sometimes actors leaving, and regularly the creation of new scenes, not seldom in previously unimagined configurations.

The work to describe the complex world order goes on. More elements will be added than those of fractal, regional and multiplex above.

Physics and economics are great inspirations.

But let us remember the Humanities and World Religions for understanding. The world is hermeneutic – pieces must be understood within the whole. And the whole cannot be understood without the pieces. That is the Hermeneutic Circle of the Humanists. On the world scene, we experience actors. All we have is our experience and interpretation. Physicists also interpret, and like in physics, our observation affects the outcome and a Heisenberg Uncertainty Principle rules.

Some actors on the world scene and the many multiplex scenes of all sizes and compositions invent new plays. But many perform their version of very old plays, giving these old plays their own, often original interpretations. These plays can be categorized into common genres like drama, tragedy, and even comedy. Like art critics, observers of international politics, we must interpret it. Our act of observing and interpretating is not isolated – we are part of the act, too.