Scotland's Independence - the Irish Border ... and the US

Resistance to Scottish Independence will come – and perhaps even also from a corner not in England, but across the pond.

The UK is a key US ally.

Scotland has a strategic location for UK sea-air control of the northern entrance to the North-Sea, of Scandinavia and the North Atlantic. 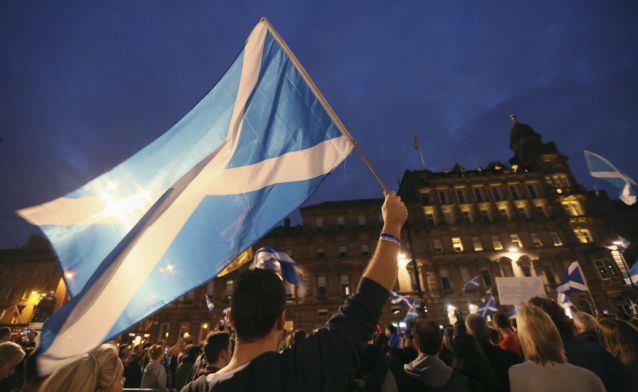 Scotland’s Independence will mean severely breaking up the unity and power of the UK. Hence, Independence for Scotland will unavoidably lead to a significant weakening of the US alliance-network and vital US-linkages across the Atlantic. Should Northern Ireland also leave the UK, the UK as a once big ally of the USA, will be reduced to England and Wales. Most of the UK population would still reside in England, but big and vital parts of the territory and international clout of the UK would be gone. What Wales in that case might decide, we shall not discuss here.

Northern Ireland does not have the same degree of strategic position for sea-air control as Scotland. However, should Scotland leave the UK, the strategic importance of Northern Ireland will increase many times for UK-US force-projection and logistics in the Atlantic. In contrast to the UK, the Republic of Ireland (though member of the EU) is not a NATO country.

Hence, if both Scotland gains Independence (and probably re-joins the EU) and Northern Ireland within the next decade or two reunites with the Republic of Ireland (and thereby automatically reunites with the EU), all that can develop into a 4-double whammy for the USA: Both in terms of (A) twice breaking up the political power of the UK as a key US ally, and also (B) for twice a degradation of UK-US areas for sea/air-operations.

After Brexit (if it materializes), such developments can become a gain for the EU – but a severe loss for the US. The US is obviously not shy to actively meddle in internal European politics, trying to block a particular European politician (Jeremy Corbyn) from becoming Prime Minister.

On that background, the US must certainly also be regarded as willing and able to meddle in seen and unseen ways against Scotland’s Independence – because on this issue the long-term strategic stakes are much-much higher for the US than on the temporary and more minor issue of who is Prime Minister of the UK for a few years. Along the same lines of argument, the US might also not be willing to just passively look by, if the people of Northern Ireland with demographic change strengthening the Catholics should gain mood and momentum to reunite with the rest of Ireland.

On these issues, the EU might end up finding itself having not exactly the same interests (and methods) as the US.

OTHER RECORDS
One State Will Remain — for All
Karsten Riise
Africa and Russia: Russia is important to make Africa The Place to be
Karsten Riise
Boris gearing up for General Elections in Fall of 2019
Karsten Riise
Tags
Scotland, Ireland, UK, USA, EU, NATO