One State Will Remain — for All

The White House has just released a plan for the whole area (by whatever name) between Egypt and Lebanon.

Courtesy of D. Trump, and supported by both Israeli PM-pretenders — the proposed map (see figure 1, below) is very interesting. 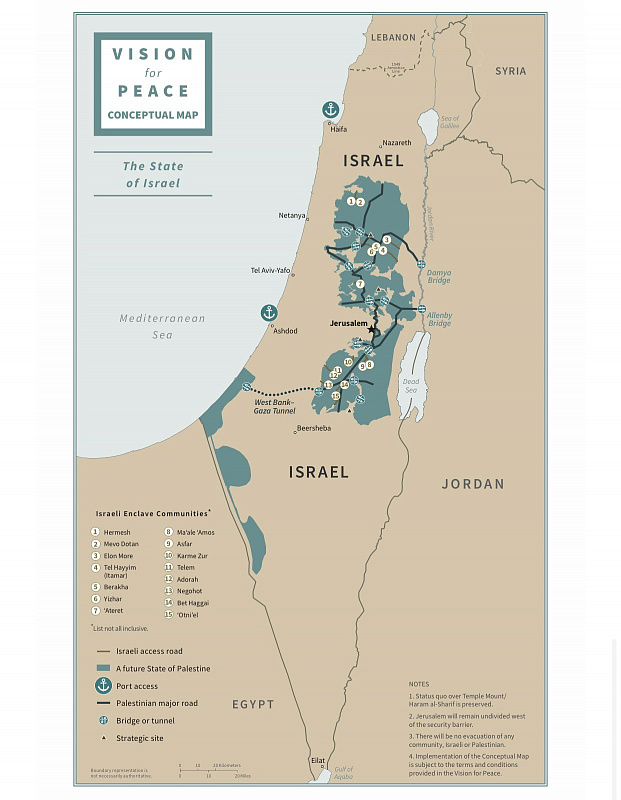 As everybody can see, Israel will now de-facto annex the whole area — lock, stock and barrel. This will (as I have previously foreseen) in reality create ONE state with one supreme sovereignty of all the territory in question.

The intentions of Israel (and now those of the USA) are, that from this ONE state will "sub-license" bits of self-rule to territorial enclaves or patches, and this under severe conditions which are destined never to be met from either party.

The "two-state" idea was in my view never viable. At any rate, the idea of "two states" is since long dead, and will never come to life. In many ways, the White House plan (picture 1) reflects realities already existing. The move now set in motion, away from the "two-state" idea to a reality of ONE state simply cannot be stopped.

However, this development will not lead exactly to the end-result, which its inventors want to.

Because, not incidentally, the map in figure 1 (ref. above) is strikingly similar to the defunct map in figure 2 (below), which depicts apartheid-South Africa's shipwrecked plan for patches of non-white "Bantustans" inside South Africa. The end-result of the new White House plan for peace in Israel will be exactly the same as in South Africa: Everything will melt together, and it will end with the total break-down of ethnic/religious segregation. 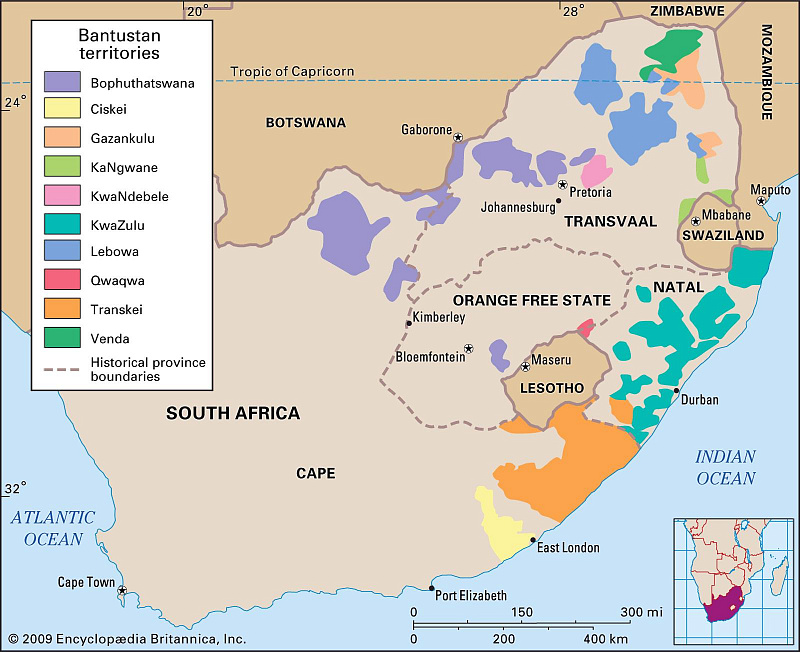 The ONE state will continue, but segregation (wall or not) cannot be upheld, and there will be constant interactions. Peaceful (as well as not so peaceful) interactions will expand. And changing demographics is a powerful force. Over time, with so many ethnicities inside the ONE state, circumstances and changing demographic, economic and external realities will simply force that state's ideology to change. The ONE Israeli state's "sub-licensing" of bits of surrogate "sovereignty" to bits and patches of a another state can never really come to exist, except on paper. The whole idea is absolutely not viable. It will of course break down — sadly enough, probably in a long, painful process, but break down it will.

As the created illusion of two states breaks down over the coming years (or decades), the ONE state, sovereign of all territories, encompassing all people living there, will surface — and remain.

It will be arduous — not doubt. In the end, however, the result will be good.

It will become ONE nationality for all — equal for all, regardless of faith or ethnicity.

What's in a name — Israel will be a fine name for all.

OTHER RECORDS
Africa and Russia: Russia is important to make Africa The Place to be
Karsten Riise
Boris gearing up for General Elections in Fall of 2019
Karsten Riise
Scotland's Independence - the Irish Border ... and the US
Karsten Riise
Tags
USA, Israel, Palestine