Boris gearing up for General Elections in Fall of 2019

Right from his start as Prime Minister of the UK, Boris Johnson prepares for quick general elections.

Boris started his first day with big lofty promises: better education; fantastic new infrastructure; “caring for the whole country” incl. rural districts; brand new wideband into “every” home. And so on. Boris serves the public a rehash of May’s election slogan-promise of a “Country that Works for Everyone.” But Boris pumps it higher, and with a lot more personal vigor. This is not Brexit speak – it is election talk. 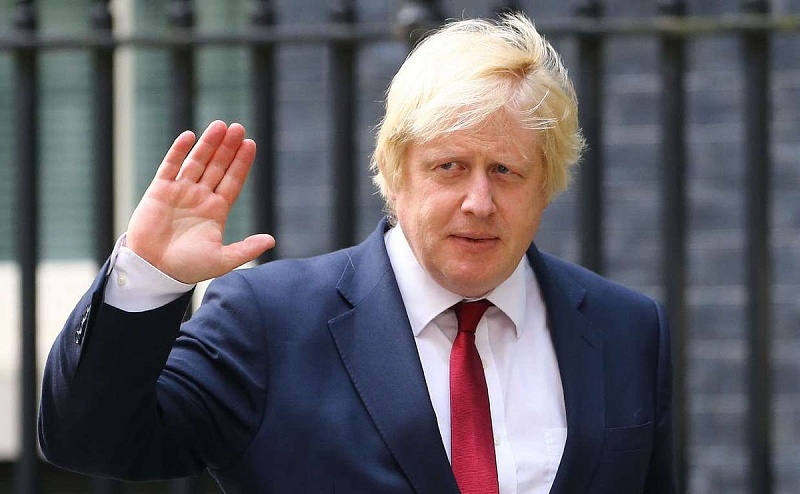 Boris clearly has recognized, that he has no other option. To continue, he will simply be forced to write out – and win – general elections in the Fall of 2019. No promise of Brexit-Nirvana will be too big or too ill-founded to achieve that.

Boris also stands Zero chance of getting the current Parliament to give him any majority for crashing out of the EU without a deal, which is what Boris by all means wants. Moreover, Parliamentary majority recently voted that Parliament will stay continuously in session, thus blocking any chance of a scheme by Prime Minister Johnson to send Parliament “out of session” (a so-called prorogation) in order for Boris to leave the EU without a deal in Fall 2019 without having Parliament to block his way. Boris only has this one chance to get through - to create a new Parliament, more to his liking. Therefore, elections must come in the UK.

So elections must come very soon in Fall. Because the UK extension period with the EU runs out 31 October 2019, at which date Boris has promised make-or-break to take the UK out of the EU.

Boris is gearing up his personal appearance. More forceful. Not quite so seemingly disorderly distracted. He showed his new colors already in his first words as the elected leader of the Conservative Party, putting up election-ready promises, flattering his contender as a leader, and rallying the Tory party for broad support.

Boris Johnson waves lofty promises to everybody of everything which was not affordable in the UK before. How it all should suddenly become more affordable, the way a no-deal hard Brexit according to all serious projections will hit Britain’s business and economy is shrouded in illusions. Boris is starting an election-platform to promise Brexit as a new Nirvana for the UK. He paves the way to flatter the British as special – a “chosen people” in the world, and to elect him so that he can bring the British to a new promised land of a Brexit flowing with milk and honey.

Boris may fall flat in Fall, this year

Or, by not being in any way shy of big-big-talk and promises about the holiness of “taking back” British “sovereignty” (in a world where no country is an island), and the eternal wealth and happiness of Brexit, Boris may succeed where his predecessor broke her neck: In an all-or-nothing election-gamble.

In the US, President Trump and Secretary of State Mike Pompeo with all the agencies at their disposal have already openly, and as it was recently revealed, also in closed British circles has promised to back Boris and try to thwart Jeremy Corbyn in an election with all sorts of US maneuvers, actions, and co-promises.

The US fear mongering, incl. US op-eds and accusations against Jeremy Corbyn of anti-Semitism and of outright Communism, may not be in short supply as preparations the coming months, in order to scare voters over to Boris in the soon-to-come elections. And from an analytic perspective, a substantial risk of Scottish independence is definitely strongly against Washington’s security, political and commercial interests. The USA may therefore in a lot of ways, open and less open, give Nicola Sturgeon in Scotland a hard time too.

In England, people’s conundrum again seems to be exactly what it was also in Thatcher’s latter days.

Not so many, not even Tories, continued to be happy with Thatcher. Similarly, Boris Johnson is definitely not enthusiastically liked by all Tories other than a tight circle of hardcore Brexit believers. But just like nobody (until she ultimately fell) could match Thatcher inside her own Conservative party (until her own Conservatives according to old tradition stabbed her), the same now appears for Boris Johnson. And for many in the general electorate, especially among those many British, who care about business, the Labour alternative with Jeremy Corbyn will simply seem too dangerously far-left (a.k.a. “Communist”) to consider, no matter how risky to the economy and their material well-being they find Boris Johnson’s hard Brexit drive.

In Scotland, Nicola Sturgeon is a strong leader. She is already prepared for elections, driving for independence, and re-entry into the EU. Nicola and her Scottish Nationalist Party (SNP) know what to do, and they are effective. The SNP’s only faces a very strong opponent in one corner, with Ruth Davidson, a very capable and sympathetic leader of the Scottish Conservatives.

Arlene Foster must today make a hard calculation and recognize, that a hard Brexit Boris-Johnson-style will not serve DUP’s Protestant core constituency – or anybody else in Northern Ireland, for that matter. Only a customs union or similar connection with the EU, even if crafted by DUP’s not-so-close-friends in Labour, will be better for Northern Ireland. The alternative of continuing with Boris Johnson will be social clash & crash. Northern Ireland will in all probability go down socially and explode as a result, if Boris Johnson succeeds his drive for the ultimate hard Brexit, which will cut-off Northern Ireland from the EU and the rest of Ireland, and place Northern Ireland as probably the regionally most hard-hitten part of a UK on a 10+ year-long valley of Boris Johnson-induced Brexit-tears.

Jeremy Corbyn and Labour can win the general elections, which are on way this Fall. If they do not succeed, it will be Labour’s own fault. If DUP properly rethinks the consequences of a Boris-Johnson hard-Brexit, and if Labour already today starts to discuss concessions with the DUP, the two antagonists DUP and Labour should be able to prepare a way of working together in a new Parliament after the soon-to-come elections, simply for the sake of avoiding a nuclear social-bomb exploding in Northern Ireland.

To secure victory, Jeremy must rethink Labours overall identity profile. Not only must Jeremy now put forward possible agreement-platforms to prepare the important eventuality of working with the DUP. On the most fundamental plane, Labour must today and going forward successfully and convincingly reach out to the business-friendly middle-ground of people in Britain. If Jeremy Corbyn manages this, Labour stands a great chance to stop Boris Johnson and make Boris the shortest serving British PM in living memory.

Otherwise, should Jeremy Corbyn fail to genuinely win trust among Britain’s middle ground, Labour may face defeat to eloquent but ill-founded promises, and Britain will face a very different future from anything in its past with Boris Johnson.