Will the U.S. Sanction India for S-400s or Grant it Waiver?

The clock is ticking to find out whether the U.S. will sanction India upon receiving Russia’s S-400s sometime in November as planned—like it threatened to do per the “Countering America’s Adversaries Through Sanctions Act” (CAATSA)—or if it will grant its new military and strategic partner a waiver like two senators have just requested. The Republican John Cornyn and the Democrat Mark Warner wrote a letter to U.S. President Joe Biden asking him to do so on pragmatic national security grounds, warning that sanctions would endanger their excellent cooperation in recent years. It is significant to point out the symbolic bipartisan support for a sanctions waiver. 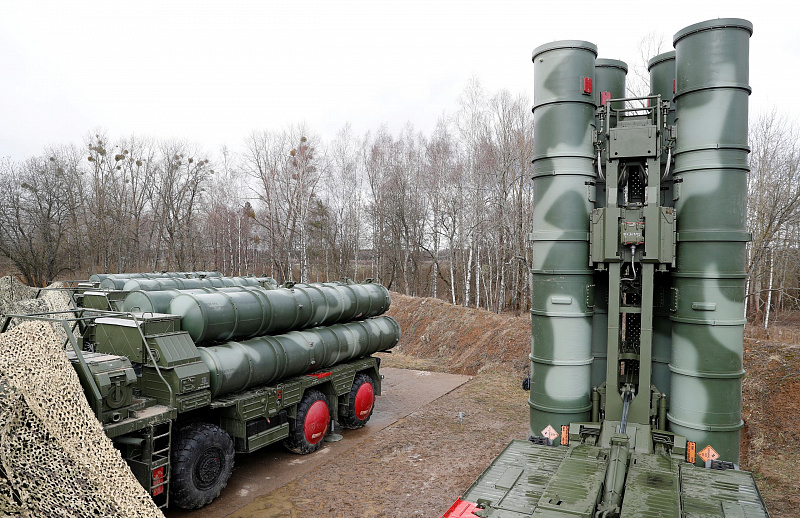 The case can compellingly be made from the American perspective for either of these scenarios. The imposition of sanctions – however symbolic – would show that the U.S. does not issue empty threats. It would also result in the country treating India exactly as it did Turkey, when the latter received the same weaponry from Russia. These outcomes would enhance America’s international credibility and show that its approach remains consistent on this issue. Implementing double standards towards India and Turkey could further worsen its relations with Ankara, which are already very tense and threaten to make West Asian affairs all the more more unpredictable.

Still, waiving the sanctions would avert the scenario when their military and strategic cooperation would be endangered by such punitive measures. It would also result in India obtaining what is regarded as the world’s best air defense system for improving its related capabilities vis-a-vis China and Pakistan. Not only that, but it would make India feel privileged, which could accelerate the already rapid expansion of their military-strategic relations. India would not consider slowing down its cooperation with the Quad like it could potentially do if it is sanctioned. This would advance both countries’ interests in containing China.

There are more far-reaching consequences to each possible course of action than what has just been described. Sanctioning India would compel it to move closer to Russia in response, which is counterproductive to the U.S. grand strategy but could be seen as beneficial from Moscow’s perspective. New Delhi would immediately recalibrate its continually changing multi-alignment policy to flexibly adapt to these changing circumstances. Bilateral relations with Washington would suffer, at least for the short term, which might hamper the Quad’s efficiency and thus indirectly advance Chinese interests.

Waiving the sanctions, however, would send a powerful signal to China that India is treated as an exceptional partner by the U.S. That could in turn prompt Beijing to consider the South Asian country to be an even greater threat to its security than before, since it would confirm its leadership’s suspicions that India is being exploited by the U.S. as an anti-Chinese proxy. Influenced by that interpretation of events, China might adopt a stricter stance towards border negotiations and other issues of mutual concern. Beijing also would not feel like it could trust New Delhi, while cooperation in BRICS, RIC, and the SCO could suffer as a result.

The world has been waiting in trepidation for several years already to see what the US will ultimately do. Everything will become clearer by sometime in November and the situation can arguably evolve along either possible trajectory – the US sanctions India or it grants the country a waiver. It's too difficult to discern from open sources exactly what the American leadership's thought process is on this issue. There are pros and cons to each scenario from the American, Indian, and Russian perspectives. No matter what happens, though, the outcome will reverberate across Eurasia and significantly shape the supercontinent's geostrategic situation.