Is Imran Khan Anti-American Or Pro-Pakistani?

Former Pakistani Prime Minister Imran Khan is among the world’s most talked-about politicians in the present day. He described his removal from office in early April through the opposition’s successful no-confidence motion against him as being a U.S.-orchestrated regime change that was carried out to punish him for his independent foreign policy, especially its Russian dimension, while the new authorities insist that it was a purely constitutional and therefore legal process. 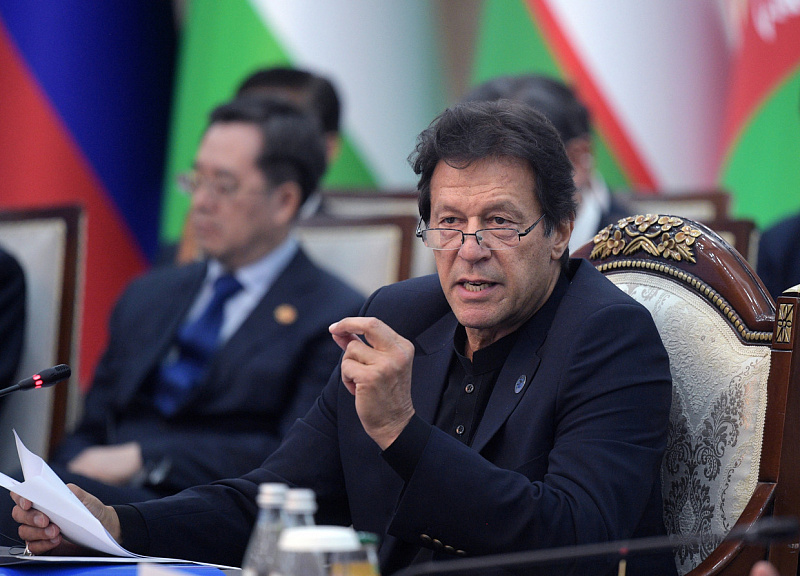 The former premier has since inspired some of the largest rallies in Pakistan’s history as he launched what he’s now calling his country’s new freedom movement following massive events in Peshawar, Karachi, Lahore, and soon even the capital of Islamabad itself. He also shattered the world record for the largest Twitter Spaces session in late April too, all of which confirms how popular he remains among his people.

His interpretation of the sequence of events that led to his ouster has prompted claims from his opponents that he’s anti-American, which they portray as a radical worldview that is at odds with Pakistan’s objective national interests. Some of his critics have even speculated that he admires so-called “dictators” and supposedly aspires to be just like them, leading to fears that he’ll run his country’s economy further into the ground in the event that he happens to return to power through the immediate, free, and fair elections that he’s demanding as the only resolution to Pakistan’s ongoing political crisis.

All of this has had the effect of sowing fear about his ideological intentions, which in turn is meant to scare people away from supporting him, albeit to no avail thus far. It’s therefore appropriate to analyze whether one of the most talked-about politicians in the world is really anti-American or not.

Those convinced he is (or at least are acting as if that’s what they think in order to get others to believe this) point to his fierce critiques of U.S. policy during his nearly four years in office. They portray his position as nonsensical, especially his famous response of “absolutely not” when asked last year about the scenario of hosting U.S. bases. Although followers of this school of thought likely won’t ever openly say as much since it’s regarded as “politically correct” in their society to do so, they very strongly imply that it’s impossible for Pakistan to be treated with the respect that it deserves as the America’s equal that it technically is in the eyes of international law no matter how much former Prime Minister Khan wants this to happen. Due to the institutionalized asymmetry in their relations, particularly the economic-financial dimension, they regard this as a lost cause that’s doomed to fail.

Instead of publicly demanding respect and equality from the U.S., including by defying its speculative wish for Pakistan to host American bases and its National Security Advisor’s reported demand not to visit Moscow in late February like he ultimately ended up doing as part of his preplanned maiden trip there, they believe that their country must always comply with whatever Washington wants in order to continue reaping some of the miniscule economic-financial benefits associated with their bilateral relations. After all, they never tire of reminding their audience, the U.S. is Pakistan’s largest export market and exerts disproportionate influence over international economic and financial institutions so it follows that Islamabad mustn’t ever get on Washington’s bad side no matter what. Should that happen, however, then it’ll certainly be punished, and the Pakistani people will inevitably suffer as a result.

Since followers of this pro-U.S. school of thought see everything in terms of their country’s supposedly eternal status as America’s junior partner, they can’t countenance why former Prime Minister Khan would publicly criticize the U.S. and then go even further by openly defying it on the foreign policy front. The only explanation for this supposedly obvious counterproductive approach that they’re absolutely certain is against Pakistan’s objective national interests in all respects is to speculate that he’s a radical anti-American revolutionary who hates that superpower with all his heart and will stop at nothing to weaken its global standing even if that results in harming his own country. This position implies that former Prime Minister Khan might be a “madman” and could thus potentially constitute a threat to the Pakistani state itself, perhaps even a treasonous one if he’s harming it on purpose like they suspect.

That’s one way to interpret the former premier’s foreign policy, while the other is to describe him as a pro-Pakistani patriot who’s passionate about doing whatever he can to restore his very proud country’s respect and honor on the world stage in the interests of international justice that’s in line with his deeply held religious views. Former Prime Minister Khan is a very pious Muslim who has a strong sense of what’s right and wrong. In his heart, as influenced by his religious beliefs, he seemingly feels as though it’s the epitome of injustice for his country to voluntarily remain the US’ junior partner in perpetuity. This is especially the case since it doesn’t truly derive mutual benefit from this inferior status, nor do its people gain from this apart from a fraction of the elite, many of whom in the political and media spheres he’s described as corrupt. He sincerely appears to believe that the only way he can conduct foreign policy in accordance with his patriotic and religious views is to reform this relationship.

To that end, there was no way that former Prime Minister Khan would voluntarily subserviate Pakistan to American demands if it had the chance of pursuing credible alternatives. Regarding his refusal to host U.S. bases in the scenario that such was ever requested, he explained his decision in an op-ed for the Washington Post that was published in late September by describing the counterproductive consequences of his country supporting its ally’s war in Afghanistan since the start of the century. He wrote that “Between 2006 and 2015, nearly 50 militant groups declared jihad on the Pakistani state, conducting over 16,000 terrorist attacks on us. We suffered more than 80,000 casualties and lost over $150 billion in the economy. The conflict drove 3.5 million of our citizens from their homes.” Informed by this very painful precedent, there was no way that he could risk that scenario occurring ever again.

As for the Russian-friendly dimension of his foreign policy, former Prime Minister Khan revealed that Moscow offered to provide Pakistan a 30% discount on agricultural and petrol products, not to mention the progress that he hoped to achieve on agreeing to the Pakistan Stream Gas Pipeline project. Both of these would greatly aid his country in weathering the ongoing crises in those two spheres, which disproportionately affect Pakistan a lot more than most other developing countries due to the fact that it's the fifth most populous country in the world. The further exacerbation of the global agricultural and fuel crises could therefore be devastating not just for Pakistan itself, but also for the difficult region in which it’s located, especially if it results in Pakistan’s internal destabilization. With this in mind, it was objectively in the national interest for him to pursue these discounted deals with Russia.

Comparing the anti-American and pro-Pakistani interpretations of former Prime Minister Khan’s foreign policy, one can discern the primary reason behind their differences: ideology. Those who regard him as anti-American hint that they themselves believe that Pakistan should forever remain the US’ junior partner no matter how much this disrespects and humiliates its people, to say nothing of the uneven benefits that it brings to the country, which are also inequitably distributed across society since they mostly remain within the realm of its entrenched elite instead of being enjoyed by the masses. By contrast, those who consider him pro-Pakistani are inspired by patriotism and a religiously influenced sense of justice to reform this lopsided relationship in order to finally receive the respect that their country deserves and in pursuit of more meaningful and equitably distributed benefits for its people.

The first-mentioned school of thought is absolutely against doing anything that can result in Pakistan obtaining strategic autonomy since this is considered to be a needless provocation that will certainly result in their country being punished by the American hegemon in one way or another. The second, meanwhile, supports taking calculated risks despite the potential consequences since they believe that their patriotic and just cause is worth it. To clarify the pro-Pakistani school of thought, they’re interested in cooperating with the US just like their ideological rivals are, but they insist that this must be done pragmatically in ways that derive mutual and meaningful benefit such as negotiating a new free trade agreement in order to attract more American investment instead of voluntarily sacrificing their country’s sovereignty and what they sincerely regard as its objective national interests just to please Washington.

As former Prime Minister Khan’s popularity continues to surge and the rest of the world begins to take notice of what he’s now calling his country’s new freedom movement, the question of whether he’s anti-American or pro-Pakistani will become more globally debated, especially in the event that the new authorities agree to hold immediate, free, and fair elections exactly as he demands in order to de-escalate rapidly intensifying political tensions in this geostrategically significant country. Everyone’s entitled to their own interpretation of his worldview, but the answer that they come up with to this question will determine whether they support or oppose him. Those who consider him to be anti-American are against him ever returning to office while those who believe that he’s actually just pro-Pakistani want to see him back as soon as possible, though his political future still remains uncertain.