Analyzing the Implications of Sabotage Against Nord Stream

A consensus is emerging that the Nord Stream pipelines between Russia and Germany were recently damaged by an attack, not an accident. Three gas leaks were reported on these two projects from Monday night to Tuesday morning, which coincided with seismic activity recorded by Denmark and Sweden that were interpreted as having been underwater explosions. Denmark, Germany, Poland, and Russia aren’t ruling out sabotage, but the countries have yet to reach a final conclusion or pin the blame.

Senior Ukrainian advisor Mykhailo Podolyak, however, predictably blamed Russia. His claim shouldn’t be taken seriously at this point, though, since no evidence has been uncovered to implicate the Kremlin. Moreover, Kiev has a habit of blaming Moscow for everything due to the ongoing conflict, including for alleged bombings of the Zaporozhe Nuclear Power Plant that’s presently under its control. Reasonably speaking, it doesn’t make sense for Russia to blow up its own pipeline in NATO-controlled waters. 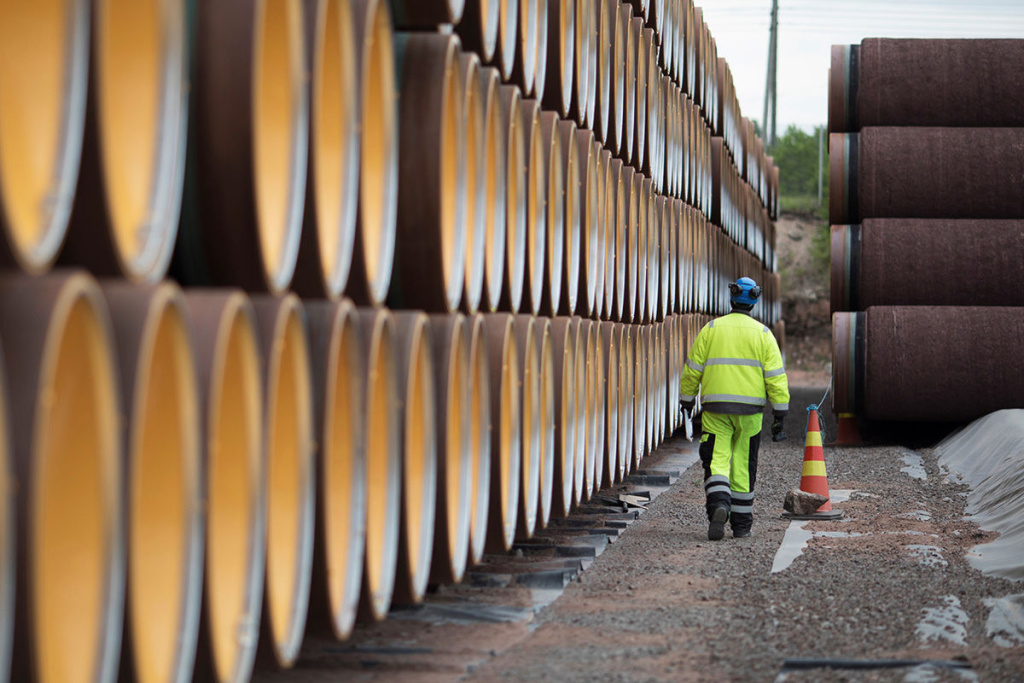 The claim shared by former Polish Foreign Minister and current Member of the European Parliament Radek Sikorski, who’s married to the famous U.S. neo-conservative and anti-Russian hawk Anne Applebaum, is much more worthy of discussion. He scandalously wrote “Thank you, USA” on Twitter below a picture of the damage caused by the latest incident and was promptly chided by Polish Secretary of State Stanisław Żaryn, who denounced him for pushing what he called “Russian propaganda”.

This exchange was recorded in the Financial Times’ article about what happened, which also included mention of U.S. President Joe Biden’s ominous threat in early February that extends credence to Sikorski’s suggestion. At the time, the American leader said that “If Russia invades, then there will be no longer a Nord Stream 2. We will bring an end to it.” Asked by a journalist what the U.S. will do so since it’s under Germany’s control, he simply added that “I promise you we will be able to do that.”

Complicating that interpretation of events, however, is Der Spiegel’s report that the CIA warned Germany over the summer of a plot to attack those pipelines. If true, then it either means that the U.S. wasn’t behind the suspected sabotage like Sikorski very strongly implied or it was trying to cleverly cover its tracks ahead of time. Regardless of whoever’s responsible, EU foreign policy chief Josep Borrell warned on Wednesday that the culprit – if any – “will be met with a robust and united response.”

Making everything all the more curious is that this incident coincided with the launch of the Baltic Pipe between Norway, Demark, and Poland. NATO-member Norway already overtook Russia as the EU’s largest supplier of natural gas over the summer after the bloc began unilaterally curtailing its imports from Moscow due to its compliance with the U.S. sanctions, but now its strategic position in this sphere is solidly ensured after the latest suspected sabotage against the Nord Stream pipelines.

The original Nord Stream was indefinitely suspended at the beginning of September due to technical reasons related to the inability to service a specific part of this project due to the anti-Russian sanctions, while Nord Stream II never entered into operation after Germany halted approval in late February. Berlin always regarded those pipelines as apolitical and economic, while Warsaw and others in Central and Eastern Europe suspected that they were part of a Russian-German plot to control the region.

That explains why Poland began diversifying its energy sources long ago, most notably with the newly launched Baltic Pipe, its expensive LNG terminal in Swinoujscie and its plans to open a floating LNG terminal in Gdansk (whose size will be doubled). It also deserves mentioning that Poland has done its utmost to present itself as Washington’s most reliable anti-Russian ally in Europe, which contrasts with Germany’s comparatively more hesitant approach in this respect.

From these observations, it is possible to analyze the implications of sabotage against the Nord Stream pipelines. First, all indications do indeed point to sabotage, though it is not quite possible to confidently conclude who exactly carried out this suspected attack. That said, it seems unreasonable to seriously countenance that Russia destroyed its own multibillion-dollar pipeline projects in NATO-controlled waters, somehow getting away with it despite the alliance closely monitoring the Baltic Sea.

Second, Sikorski’s scandalous tweet coupled with Biden’s ominous threat from early February add credence to claims that the U.S. might have had something to do with what just happened. Building upon that suggestion, the third observation is that this suspected sabotage arguably advances U.S. interests (whether or not it turns out that Washington was involved) with respect to destroying the geo-economic basis of any potential Russian-German rapprochement in the future.

Fourth, with the Nord Stream pipelines seemingly indefinitely out of commission due to a combination of sanctions, technical problems and the latest suspected sabotage, there is no realistic chance of America’s EU and NATO allies resuming their prior dependence on Russian gas anytime soon. And fifth, this leads to Secretary of State Blinken’s Machiavellian reaction that the incident represents “a very significant opportunity” to end that selfsame dependence while “accelerat[ing] the transition to renewables”.

Regardless of whoever was behind the suspected sabotage of the Nord Stream pipelines, this unexpected development, therefore compelling, appears to have advanced U.S. strategic interests. Only a truly impartial and multilateral investigation involving all parties on equal footing has any chance of discovering what really happened. Nevertheless, well-known tensions between Russia and the West make this all but impossible for the time being, which is why the truth might regrettably never be known.