The U.S. Wants To Turn Ethiopia Into Bosnia

It was earlier feared that the American hybrid war on Ethiopia aims to turn the country into Yugoslavia, which implies its full dissolution along regional lines. Arminka Helić, member of the British House of Lords and served as special adviser to Foreign Secretary William Hague from 2010 to 2014, deceitfully claimed that Prime Minister Abiy Ahmed risked advancing this scenario through the Ethiopian National Defense Forces’ (ENDF) ongoing anti-terrorist operation in the northern Tigray Region in an article that she published at Politico in August titled “In Ethiopia, Echoes Of Yugoslavia”. In reality, it is those U.S.-backed foreign forces, including corrupt UN officials, that are meddling in the Horn of Africa country who are the ones pushing this outcome. PM Abiy is, in fact, counteracting their efforts to advance the Yugoslav scenario in Ethiopia. 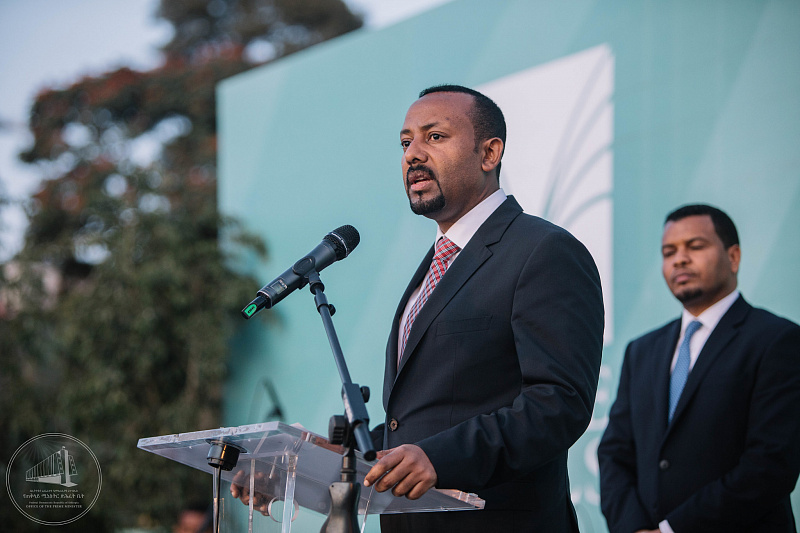 Her article was rebutted by Ethiopia’s Ambassador to Belgium, Luxembourg, and EU institutions Hirut Zemene a few days later at the same outlet in a response titled “Ethiopia Is Not Yugoslavia”. She convincingly debunked Helić’s false comparison, chastising her for “calling for unwarranted action” on that basis. Politico is back at it again—however, this time publishing a similarly provocative piece titled “Ethiopia Is Plunging into Chaos. It’s Time for A New Dayton Peace Process”. This article is authored by Alex Rondos and Mark Medish. The former is described as having served until July 2021 as EU Special Representative to the Horn of Africa while the latter served on the Dayton Peace implementation team and at the U.S. Treasury and National Security Council in the Clinton Administration. Their article reveals the intended end game for Ethiopia and deserves to be analyzed.

The U.S. no longer believes that it can formally partition Ethiopia through a hybrid war after its TPLF proxies failed to inspire other terrorist groups elsewhere across the country to support their anti-state campaign in other regions. The grand strategy objective has thus been comparatively scaled back to the de facto partition of the country through its “Bosnification”. Judging by what the Dayton Peace Process resulted in for that Balkan state, it implies a radical constitutional reform intended to grant large degrees of independence to the warring regions. In the Ethiopian context, this would likely be weaponized by pressuring Addis Ababa to devolve such powers not just to the Tigray Region but to every other one as well. The Dayton Peace Process also led to a foreign military intervention under the guise of peacekeepers and a formal UN control of the country.

Suffice it to say, the impact of this scenario on Ethiopia would be completely destabilizing and dysfunctional. It would basically divide-and-rule the country by carving out identity-centric statelets across its diverse ethno-regional checkerboard that could potentially expand to become almost countless in number, depending on how radically this process is imposed. There would almost certainly be a regime change, too, since there is no way that PM Abiy would surrender control of Ethiopia to any foreign power or entity, let alone one that has already been proven as corrupt and hostile to his country as the U.S. presently is. Furthermore, the ENDF and the patriotic population that they represent would never accept an invasion under the cover of a peacekeeping mission. Ethiopia would essentially cease to exist in any meaningful sense if this happened.

There is even more at risk than just the de facto erasure of Ethiopia from the map under that dark scenario. If one of the proudest, historically independent and most powerful countries in Africa failed to stop this “regime reboot” scheme (which is what externally provoked radical constitutional reform in the direction of “Bosnification” can be referred to in the context of Hybrid War theory), then there is no doubt that it will be replicated elsewhere across the continent through a similar hybrid war means against other rising powers like Nigeria to usher in another so-called “Scramble for Africa”. The U.S. and its allies would strategically benefit from this outcome since it would enable them to more effectively divide and rule Africa in a way that could reduce the influence of Russia, China, and other multipolar countries there across the ongoing New Cold War.

In other words, Ethiopia isn't just defending its own sovereignty by pushing back against America's Hybrid War, but also all of Africa's. The US feels threatened not only by PM Abiy's pragmatic attempts to balance between it, China, Russia, Turkey, and others in the New Cold War, but increasingly by the possibility that his government could revive the Pan-African movement in modern-day geopolitical conditions building upon Ethiopia's historical leadership of it in the past. Since the Yugoslav scenario is no longer seriously pursued due to the ENDF's success in containing the TPLF's terrorist threats, the Bosnian one is now being advanced as “Plan B”. The US hopes to leverage the latest intensification of its Hybrid War on Ethiopia towards that end, but so long as the targeted country is aware of what's being advanced, then this latest scheme also stands to fail too.