Russia is in the process of updating its Foreign Policy Concept. The most recent one was published in 2016, but so much has changed across the world since then, especially with the New Cold War between China and the U.S., as well as the COVID-19 pandemic. At present, Moscow doesn’t have an official Indo-Pacific policy, even though this region is fast becoming the most important in the world, particularly in the context of what the U.S. refers to as “great power competition”. It has a policy for the Asia-Pacific, but this should evolve into the Indo-Pacific to incorporate India’s pivotal role in its eponymous ocean and China’s rising influence there. 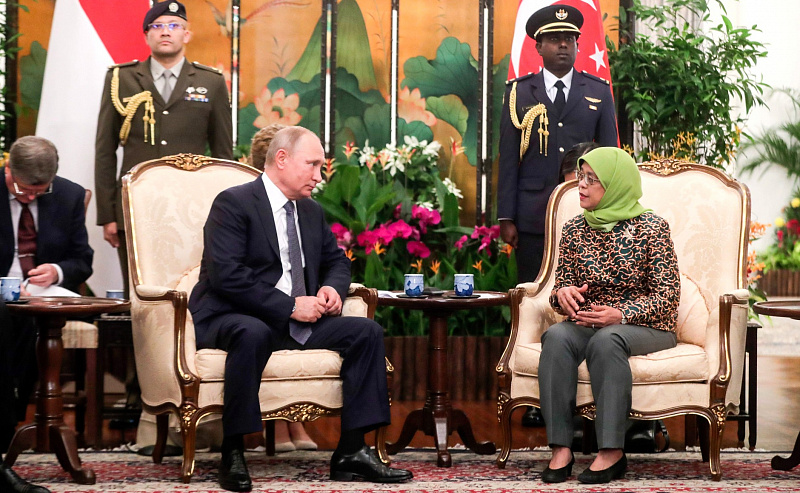 India is Russia’s special and privileged strategic partner, so it should accordingly figure prominently in any forthcoming Indo-Pacific policy that Moscow might promulgate. The Kremlin should also devote a lot of attention to China, which is its other top strategic partner in Asia. China and India have increasingly become rivals despite their shared participation in BRICS and the SCO. It would therefore be wise for Russia to prioritize a third, more neutral, partner in any such policy in order to maintain the highest degree of balance between them. Singapore is the perfect country to play such a role.

The wealthy city-state is located at the center of the Association of Southeast Asian Nations (ASEAN) and astride the ultra-strategic Strait of Malacca. The late Lee Kuan Yew’s visionary leadership is responsible for its success in becoming an innovative and technologically driven economy that preserved its sovereignty throughout the decades despite a number of formidable challenges immediately following its independence. Singapore practices a very balanced foreign policy that seeks to maintain equally excellent relations with China and the U.S. in consonance with Mr. Lee’s pragmatic traditions. It has recently enhanced its relations with Russia, too.

Journalist Dmitri Simes Jr. published an insightful piece about their ties in May 2020 titled “Singapore: Russia’s New Gateway To Southeast Asia?” He drew attention to the significance of Singapore’s 2019 trade deal with the Russian-led Eurasian Economic Union (EAEU). This enables the city-state to access the promising Eurasian marketplace while Russian companies that incorporate on the island can capitalize on Singapore’s free trade agreements with the rest of ASEAN as well as the bloc’s similar pacts with China, India and others. Simes’ article also notes the importance of Singapore refusing to sanction Russia despite U.S. pressure.

From the Russian perspective, Singapore does indeed function as the country’s economic gateway to Southeast Asia. It can also become a leading partner for developing the Far East considering its world-class companies’ excess capital, high-professional standards, and the city-state’s need for reliable access to natural resources. Since Singapore enjoys excellent relations with India, those two could potentially participate in joint projects there, which could set the basis for a more comprehensive trilateral cooperation. Russia and India could even include Singapore as the third partner in their Vladivostok-Chennai Maritime Corridor (VCMC).

After all, Singapore sits in the middle of the ASEAN bloc that Russia regards as the centerpiece of the Asia-/Indo-Pacific megaregion—making it only natural to explore the means through which they could expand cooperation with it as they pioneer more maritime connectivity between their complementary economies. Singapore is a neutral country, so a closer partnership with it can also enhance the credibility of Russia’s geostrategic balancing act in Afro-Eurasia. These optics go both ways since they also enhance Singapore’s international credibility by reinforcing its truly neutral reputation that is crucial to its economic success.

Some observers are concerned that Singapore has been leaning closer to the U.S. than towards China in recent years so strengthening ties with Russia could counteract that perception considering the Kremlin’s closeness with China. Singapore has traditionally strong ties with the Quad (Australia-India-Japan-US) and AUKUS (Australia-UK-US) that China believes are seeking to contain it. Therefore, Beijing would probably breathe a sigh of relief to see the city-state pragmatically engage Russia on economic projects, as this would signal that it is not as partisan of a player in the New Cold War as some suspect.

In summary, Singapore provides Russia with an economic gateway to ASEAN and could become a valuable investment partner in the Far East. Likewise, Singapore considers Russia to be a reliable source of natural resources. Both countries could also pioneer a trilateral partnership with India along the VCMC. Additionally, they could enhance the credibility of their respective balancing acts by partnering with one another in spite of some observers regarding them as part of competing blocs in the New Cold War. It is for these reasons why Singapore should play a significant role in any forthcoming Indo-Pacific policy that Russia might promulgate.