The newly established quadrilateral platform between Pakistan, Afghanistan, Uzbekistan and the U.S. complements the prior such platform between the former two states, China and Tajikistan back in 2016 as well as the Pakistan-Afghanistan-Uzbekistan (PAKAFUZ) railway project that was agreed upon in February to prove that Islamabad’s new geo-economic grand strategy is the embodiment of multi-alignment at its finest. 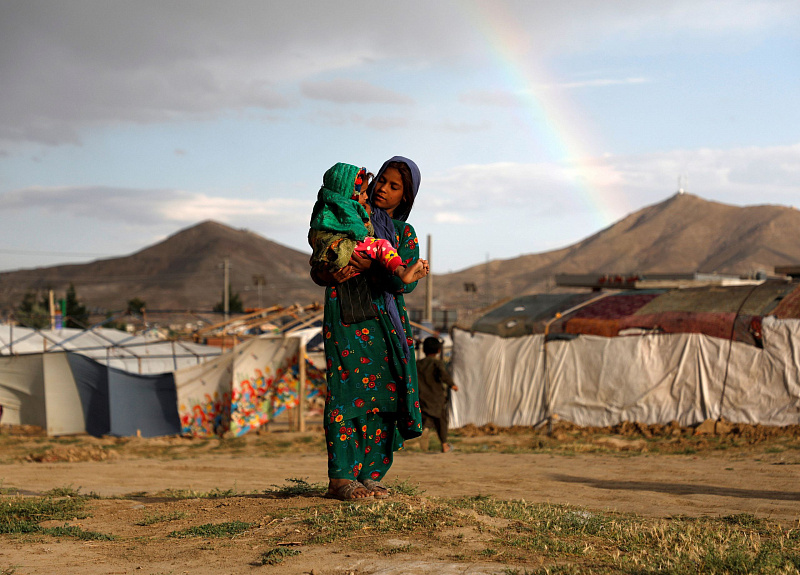 The term “multi-alignment” usually evokes thoughts of India’s official grand strategy of “balancing” between various centers of power in the emerging multipolar world order. However, it is nowadays much more relevant when it comes to Pakistan’s grand strategy. The top Pakistani political, diplomatic, and military officials jointly announced during March’s inaugural Islamabad Security Dialogue (ISD) that geo-economics will now constitute the basis for all policy formulation going forward, and this vision is already bearing tangible fruit, positively shaping regional developments without occurring at the expense of any third country. This is proven by the newly established quadrilateral platform between Pakistan, Afghanistan, Uzbekistan, and the U.S., which complements the prior such platform between the former two states, China and Tajikistan back in 2016 as well as the Pakistan-Afghanistan-Uzbekistan (PAKAFUZ) railway project that was agreed upon in February.

As it presently stands, Pakistan is actively fulfilling its geostrategic destiny as the “Zipper of Eurasia” by connecting a variety of stakeholders through their shared economic interests. Islamabad is leveraging its influence in Afghanistan to advance the neighboring country’s peace process, which saw it facilitate Beijing and Moscow’s incipient ties with the Taliban. Upon these multipolar great powers establishing pragmatic political relations with the group, they were then able to seriously countenance the viability of trans-Afghan connectivity corridors. Russia is interested in reaching the Indian Ocean Region (IOR) through PAKAFUZ (which can also unofficially be conceptualized as N-CPEC+), while China is pioneering the so-called “Persian Corridor” to Iran via Tajikistan and Afghanistan. The U.S., meanwhile, aims to use PAKAFUZ as a means for expanding its economic influence in the post-withdrawal Afghanistan and the Central Asian republics (CARs).

The gist of Pakistan’s grand geo-economic vision is to encourage a friendly form of “competitive connectivity” between all relevant countries (Russia, China, Iran and the U.S.) through Afghanistan, which will serve as a convergence point of their economic interests. The more each stakeholder invests in Afghanistan, the less likely it is that any of them will seek to unilaterally destabilize the country as part of a zero-sum strategy against any third party. This is especially important with respect to the U.S. post-withdrawal plans as well as Iran’s concerns about the Taliban’s possible return to power (whether in part due to a peace deal or in full if it captures Kabul once again).

Pakistan doesn’t want its rival India exploiting its presence in Afghanistan for the purpose of waging proxy wars against it or the Taliban, which is one of the reasons why its leadership proposed during the ISD that it could facilitate India’s trade with the region if the Kashmir Conflict is peacefully resolved.

Pakistan’s successful geo-economic implementation of the multi-alignment concept stands in stark contrast to India’s comparatively less successful geopolitics-driven version. Earlier, India seemed to believe that it could play Russia, China and the U.S. off against one another in order to obtain the best deals from each of them, but this policy regrettably failed to obtain the positive dividends that were expected. Instead, they each began to regard India as too self-interested due to the zero-sum outcomes that it was attempting to advance, which harmed their relations with it. The end result is that India has begun to seriously contemplate a comprehensive recalibration of its multi-alignment strategy by mending relations with Russia, managing them more responsibly with China and being less compliant in the face of the U.S. demands. In order to truly reform, however, India must replace its geopolitical motivations with geo-economic ones, exactly as Pakistan has successfully done.

It is entirely possible for India to pragmatically balance Russia’s, China’s, and the U.S. geo-economic interests exactly as Pakistan is already doing, though New Delhi will have to first improve its relations with Islamabad in order for this to happen. This is difficult to do without reversing August 2019’s abrogation of Article 370 which dismantled the autonomy of Jammu & Kashmir to bifurcate the region. In lieu of that, which would admittedly be a very difficult political decision to make for New Delhi, especially in terms of the optics involved, it can at the very least continue to respect the ceasefire with Pakistan in order to generate enough goodwill to begin broader economic discussions related to utilizing its neighbor’s territory for trading with Afghanistan and the CARs. That would, of course, depend on the Pakistani leadership’s political will, though, since they are insistent on the August 2019’s decision being reversed.

In any case, what is urgently needed at this time is for India to learn from Pakistan’s successful incorporation of geo-economics into its version of multi-alignment in order to better recalibrate its own in light of the rapidly changing geostrategic situation in Central and South Asia. The very fact that the U.S., which is known for its geopolitically driven zero-sum policies, is joining together with Pakistan, Afghanistan and Uzbekistan in order to expand its economic influence in Central Asia speaks to just how dramatically everything is changing. It is long overdue for India to follow suit by replacing its geopolitical motivations with geo-economic ones in order to not be the only regional actor of relevance that has yet to embrace mutually beneficial policies of these sorts. Competitive connectivity, not proxy wars, is the way of the future, and India can learn a lot about this from Pakistan, of all examples.