Can Somaliland Be Alternative for Russia’s Troubled Sudanese Naval Base Plans?

Sudan confirmed on Tuesday that it will review last year’s naval base agreement with Russia following speculation in April that the deal might be shelved. According to Chief of General Staff Muhammad Othman al-Hussein, who made the announcement while speaking to the Blue Nile TV channel, this is supposedly because “some of the document’s provisions entail certain harm for Sudan.” He also reminded everyone that the deal had not yet been approved by the country’s legislature, so it was never legally binding to begin with. Moreover, the military official denied that Sudan’s decision has anything to do with American pressure. 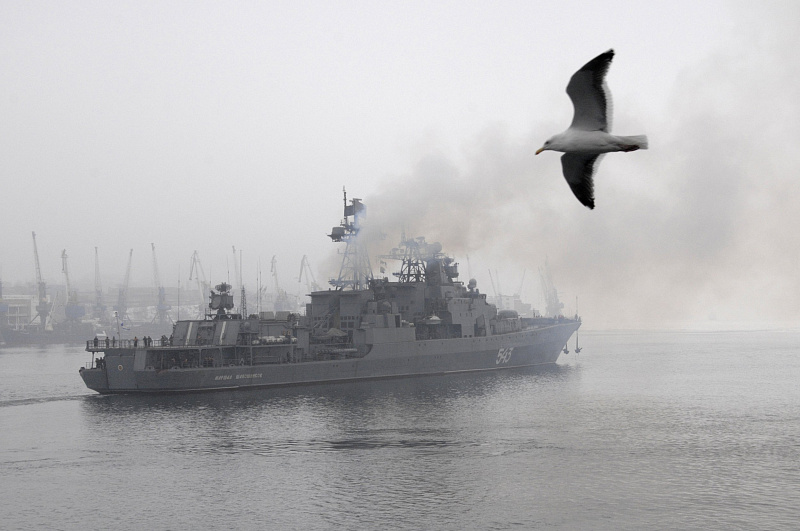 It is unclear whether the latter claim is credible, since the U.S. has greatly expanded its influence in Sudan upon its recent removal of the country from the State Department’s list of state sponsors of terrorism. That move took place in the aftermath of the coup against the former President Omar al-Bashir, who had previously been regarded as close to Russia but ended up entering into a rapprochement with the Gulf Cooperation Council (GCC) in the years before his military-backed ouster. That policy reorientation resulted in him dispatching troops to assist the GCC’s war in Yemen and is thought to have served as a means for gradually repairing relations with the U.S., too.

In any case, the uncertainty surrounding Russia’s planned Sudanese naval base could harm Moscow’s regional interests. I explained the grand strategic contours of this move with respect to Russia’s broader engagement with the international Muslim community (Ummah) as well as discussed its economic significance considering the planned base’s location in Port Sudan, the terminal point of a prospectively promising Chinese Silk Road project stretching across the Sahel.

If these plans are scuttled, whether due to American pressure or Sudan’s own prerogative, then Russia should consider a regional replacement as soon as possible. One such scenario could be to explore the pros and cons of constructing a similar facility in the breakaway Somali region of Somaliland. Unconfirmed reports circulated in early 2018 speculating that Russia planned to establish such a base in the Djibouti-bordering town of Zeila. Although it never transpired, I nonetheless analyzed what it would have meant in a piece published at the time.

In the contemporary context, such a decision would admittedly be somewhat risky for Russia’s soft power, since Moscow would essentially be extending de facto support for the separatist region’s claims of sovereignty. This observation could clash with Russia’s principled support of international law, which recognizes Somaliland as an integral part of the Federal Republic of Somalia as well as sow the seeds of distrust between Moscow and Mogadishu. At the same time, though, it should not be forgotten that the UAE used to have a military base in Somaliland’s Berbera that was recently converted to a civilian facility.

The UAE previously relied on this base to assist its war in Yemen, but as Oxford scholar Dr. Samuel Ramani noted in his article for Al Monitor, “the UAE is reorienting its Red Sea strategy away from direct military intervention and toward a synthesis of economic investment and remote power projection.” In other words, the Emirates’ regional military engagement successfully enabled the country’s policy to evolve in the economic direction after opening up the requisite doors for this to happen with Somaliland’s leadership.

Russia could in principle follow in the UAE’s footsteps, though importantly without using its proposed base there for any active military purposes like Abu Dhabi did with Yemen. Even better yet, Russia should seriously consider clinching a comprehensive regional partnership with the UAE to enhance its position over the entire Horn of Africa. I argued such a proposal would be the next natural step in their emerging partnership of the past few years which has seen them coordinate more closely in Syria as well as expand military cooperation.

These developments confirm the increasingly independent nature of the UAE’s foreign policy seeing as how they contrast with its American ally’s efforts to contain Russia at every turn. This speaks to the sincere confluence of interests between those two countries that is driving their new era of relations. It is also worth mentioning that the UAE is a major player in Ethiopia, which is Africa’s second most populous state whose capital hosts the African Union. The Emirates’ plans to construct a connectivity corridor between Ethiopia and Somaliland terminating in Berbera could also in theory be utilized by Russia to expand trade with Ethiopia.

After all, Ethiopia experienced some of the world’s fastest economic growth prior to the onset of the COVID-19 pandemic so it is worthwhile for Russia to consider expanding relations with this landlocked state via transit entities, such as Somaliland, and its UAE-constructed connectivity corridor. Even if Sudan agrees to respect its non-binding deal to host a Russian Red Sea base, that country might no longer serve as Moscow’s gateway to Ethiopia as previously expected after the re-eruption of last year’s border conflict in the midst of Addis Ababa’s ongoing military intervention in Tigray Province, hence the importance of actively searching for alternatives.

Djibouti might have been the one that first comes to the minds of Russian decision-makers, but it already hosts quite a few foreign military facilities so the situation there is very crowded, to begin with. Moscow might not feel comfortable being “one among many”, instead preferring to have privileged military access to one or another regional player so as to serve as a springboard for comprehensively expanding its relations with its host, ergo the strategic interest in doing so with Somaliland. Eritrea also remains an option, but it lacks reliable economic connectivity with Ethiopia, especially considering the ongoing military conflict in the neighboring Tigray Province.

It is for these reasons why Somaliland is arguably the best alternative to Russia’s troubled Sudanese naval base plans if the latter are ultimately scuttled. That said, the drawbacks of this policy could be that Somalia becomes offended by what it could claim is Russia’s “meddling” in its internal affairs through Moscow’s de facto acknowledgment of Hargeisa’s sovereignty claims. Nevertheless, the UAE already crossed that threshold several years ago without any tangible consequences, even though the rivalling Turkey has a military base in Somalia proper. It is therefore unlikely that the recently close Russian-Turkish ties would suffer from such a move either.

Just to play it safe, however, Russia might not opt for building a brand-new military base in Somaliland but for exploring the possibility of reaching a logistics pact with its port of Berbera instead. Although that would also imply some acceptance of Hargeisa’s sovereignty, it would avoid the appearance of any military commitments to the breakaway region and could be justified on the basis of pragmatism. If compelled to choose, it would arguably be better for Russia to take its chances with Somaliland in pursuit of improving connectivity with Ethiopia rather than avoid offending Somalia proper and lose out on this promising connectivity opportunity.

Altogether, Russia should begin considering possible alternatives to its troubled Sudanese naval base plans. Although the Somaliland proposal carries with it risks to Russia’s soft power and bilateral ties with Somalia proper, these possible costs might be worth it if they result in expanding ties with both the UAE and Ethiopia, which are much more attractive long-term partners for Moscow. There would be nothing special about opening a base in a crowded Djibouti if Russia were even allowed to do so, nor does Eritrea provide a viable connectivity potential with Ethiopia, hence the reason why Somaliland should be seriously looked at instead.