This year’s annual Russia-India Summit is scheduled for 6 December, during which President Putin, Defense Minister Shoigu and Foreign Minister Lavrov will all travel to the South Asian nation to participate in this major event. The latter two officials will hold the inaugural 2+2 talks with their counterparts that were announced earlier this year. The end result is expected to be that the special and privileged Russian-Indian Strategic Partnership will strengthen and evolve with time. This outcome is significant since the Russian-Indian axis is among the most enduring in modern history, contributing greatly to stabilizing Eurasia, which is all the more important amid these uncertain times. 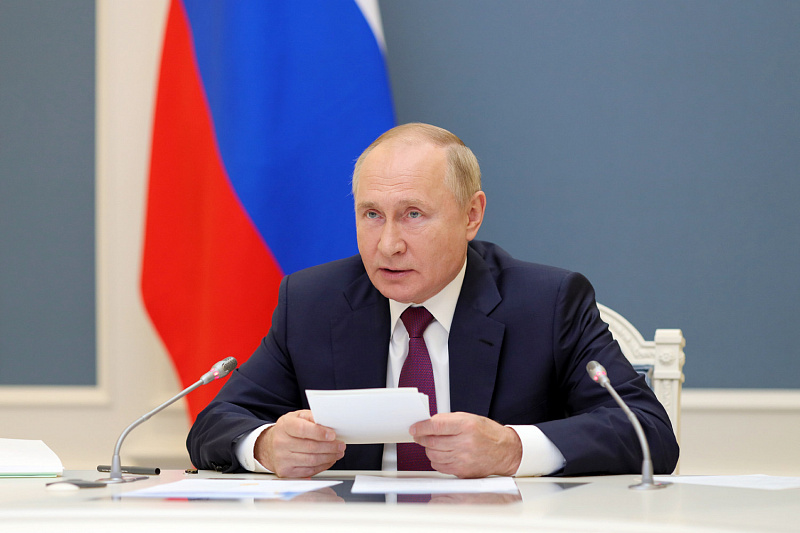 To that end, the following six topics are likely to be discussed:

During an extended interview at the end of his tenure in early November, the former Indian Ambassador to Russia Bala Vankatesh Varma told TASS that “We expect a number of agreements in the defense, economic, trade, science and technology spheres. We expect the Joint Commission on Technology and Science to be announced.” He also revealed that “We are considering major projects in the energy sector, long-term arrangements with respect to coking coal, with respect to the supply of fertilizers. Russian investments in India’s petrochemical sector, railways, shipbuilding, will be taking place.” This is the natural (and arguably long-overdue) diversification of their hitherto largely defense-centric ties.

India is one of the countries that Russia permitted to produce its Sputnik V vaccine domestically. This will go a long way towards inoculating people in the world’s second most populous country. Be that as it may, this epidemiological cooperation hasn’t been without controversy, as reported in detail by India’s News18 in their piece from late November titled “What Went Wrong With Full Rollout Of Russia’s Sputnik V Vaccine In India”. These challenges will have to be addressed on a priority basis if this promising vector of their strategic partnership is to ever reach its full potential and save as many lives as possible.

Military ties have historically been the basis for the Russian-Indian Strategic Partnership, so it shouldn’t be surprising that these issues will almost certainly be discussed during the upcoming summit. They are more important than ever, though, after Russia began shipping its S-400s to India in defiance of the U.S. threat to sanction the South Asian state for purchasing this world-class air-defense system. New Delhi deserves credit for remaining loyal to Moscow and not ditching it due to Washington’s pressure. Victor N. Kladov, Rostech’s Head of International Cooperation and Regional Policy, noted in August that the two sides reached $15 billion worth of deals in the last three years, which is expected to continue growing.

Russia and India have sought to expand their Eurasian connectivity with one another through the North-South Transport Corridor (NSTC) via Iran and Azerbaijan as well as the Vladivostok-Chennai Maritime Corridor (VCMC). These complementary mainland-maritime routes facilitate their real-sector and energy trade with one another respectively. They can also be prospectively expanded to incorporate other countries, where these two great powers could potentially participate in joint projects. The most promising ones are the Central Asian republics with respect to the NSTC and ASEAN when it comes to the VCMC. Russia and India might discuss this mutually beneficial idea during the upcoming summit.

India lost all of its influence in Afghanistan upon completely evacuating from the country in August following the Taliban’s return to power there. This was done despite New Delhi having previously invested some $3 billion in several hundred socio-economic projects in literally every one of its partner’s provinces over the past two decades. The Indian capital recently hosted a National Security Advisors’ summit that saw the participation of the pertinent representatives from Russia, Iran, and the Central Asian Republics, which signaled those countries’ desire to see India gradually restore its lost influence. Russia has excellent ties with the terrorist-designated Taliban and can thus facilitate this.

Russia and India aspire to ensure a balance of power/interests across Eurasia in the 21st century’s New Cold War between China and the U.S. but sometimes they don’t see eye-to-eye on how to do this. Moscow, for example, is on excellent terms with Beijing, while New Delhi enjoys a similar level of strategic ties with those two’s rivals in Washington. Chinese-Indian relations are also very complicated due to unresolved territorial disputes. Nevertheless, this Great Power Quartet arguably comprises the four most geostrategically significant players in Eurasia, with the interplay between them powerfully shaping the supercontinent’s dynamics. Russia and India would do well to further align their approaches.

Some brief insight will now be shared about the above expectations.

Observers should pay attention to the agreements that are likely to be reached during the upcoming summit. This event will lay the basis for the latest iteration of the Russian-Indian Strategic Partnership. It’ll also reveal which areas of cooperation they’re still struggling to strengthen, which might become more difficult to improve as time goes on if these challenges aren’t addressed soon enough. Specifically, the real-sector aspect of their economic cooperation (as in, non-energy and -military) must urgently be expanded and the reported problems with Sputnik V resolved on a priority basis. Hopefully this summit will exceed expectations and breathe new life into this globally important strategic partnership.