Will U.S. Sanctions Against Ethiopia Provide Russia with Regional Opening?

The U.S. has recently imposed sanctions against some Ethiopian officials who Washington blames for alleged human rights abuses in the country’s restive Tigray Province. The background context is that members of the previously most important party of the former Ethiopian ruling coalition, the Tigray People’s Liberation Front (TPLF) of the Ethiopian People’s Revolutionary Democratic Front (EPRDF), recently split with Prime Minister Abiy Ahmed’s new Prosperity Party ruling coalition over serious domestic political differences related to his vision for the country. To admittedly oversimplify a very complex situation, Mr. Ahmed was earlier appointed by the EPRDF as a reformer in favor of substantive decentralization of Ethiopia’s federal system but then reversed course as a result of fears that his unprecedented “glasnost- and perestroika-like” rhetoric was inadvertently provoking “Balkanization” in this extremely cosmopolitan country that is also Africa’s second most populous. 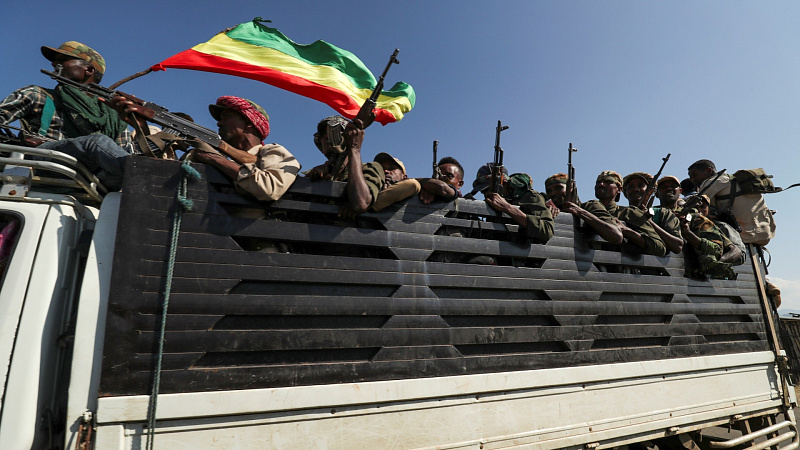 In short, the TPLF fled to its native Tigray Province and launched an insurgency against the same government that it ironically used to lead. This prompted the central authorities to commence an overwhelming military operation to suppress this separatist threat, which led to accusations of human rights abuses and war crimes that have been difficult to verify due to the lack of access to the region by independent observers. Addis Ababa claims that it won’t sacrifice its sovereignty by allowing just anyone enter Tigray, which—while causing suspicion among some observers that it has something to hide—is nonetheless based in historical precedent considering prior Western meddling plots.

The irony is that a role reversal of sorts is presently taking place in Ethiopia which interestingly mirrors one that occurred during the Old Cold War but to a more localized extent. During the 1970s, Ethiopia was regarded as an American ally even after its Communist revolution, while the neighboring Somalia was a Soviet ally. The Ogaden War resulted in the superpowers trading patrons and thus ended with Ethiopia becoming a Soviet ally, while Somalia became an American one. Now, however, the TPLF is being at the very least indirectly supported by the U.S. through political means via the recent sanctions and despite the fact that the party has at times in its past been skeptical of America and closer to China. However, it also pragmatically engaged with Washington whenever it believed doing so would be mutually beneficial, like in the case of Somalia in the Ogaden War. Abiy Ahmed, who was initially considered American-friendly, is now cast as a villain by the U.S. due to the consequences of his military campaign in Tigray.

Some observers now expect Ethiopia to reverse its geopolitical course of recent years and more enthusiastically embrace China, just like the TPLF used to do when it was in power before Mr. Ahmed decided to recalibrate foreign policy during his now seemingly failed experiment with his country’s version of glasnost and perestroika. Since being appointed to power by the same ruling coalition that he was later responsible for replacing with his newfound Prosperity Party, he also moved a lot closer to the GCC. The latter has recently been more in support of Egypt and Sudan with which Ethiopia is embroiled in a bitter dispute over the Grand Ethiopian Renaissance Dam (GERD) that some fear might one day lead to war. That being the case, Abiy’s reactionary embrace of China in response to U.S. sanctions and geopolitical disappointment with the GCC could lead to disproportionate geostrategic dependence on the People’s Republic.

Regarding geopolitical balancing as one of the top trends of the 21st century amid the world irreversibly transitioning to multipolarity, it would arguably be best for Ethiopia to preemptively balance its prospectively disproportionate geostrategic dependence on China with another party. Western countries side with the U.S. for obvious reasons, so are clearly excluded from this calculation, while it’s unrealistic to expect the GCC to abandon its support for its fellow Arab partners. This results in Russia being the only practical balancing partner for Ethiopia to engage with if it desires to balance China, especially in a friendly way that will not risk provoking any suspicions about its geostrategic intentions from the People’s Republic since Moscow and Beijing enjoy unprecedentedly close relations. Russia has also sought to return to Africa in recent years, as evidenced by its first-ever Russia-Africa Summit in Sochi in October 2019.

Reaching out to Russia right now wouldn’t just be for symbolism’s sake but could result in a slew of mutually beneficial outcomes for both countries. Ethiopia requires reliable military support more than ever, and Russia is known for its no-strings-attached military deals and used to be Addis Ababa’s top military partner during the Old Cold War. Furthermore, many Russian companies are world-renowned for the quality of their work, especially in the extractive and logistical spheres. Ethiopia could certainly use their expertise in the years to come if Western companies decide to leave the country due to pressure from their governments. Another point is that stronger Russian-Ethiopian ties would complement Moscow’s geostrategic reorientation towards the Global South since the onset of the Ukraine Crisis in 2014 which some regard as the start of the New Cold War, particularly since the Horn of Africa country is among the continent’s most promising markets.

With Ethiopia as its regional entry point, Russia could further expand its influence throughout the Horn of Africa and subsequently the rest of East Africa. In fact, visibly successful Russian-Ethiopian cooperation in the coming years, accelerated as it may be, could serve as a proof for why other African countries should follow in Addis Ababa’s footsteps by reaching out to Moscow as a pragmatic balancing partner even if they presently enjoy equally excellent relations with Washington and Beijing. After all, balancing between two great powers can be difficult to maintain indefinitely, but everything could be optimized if a third partner, such as Russia, were introduced into this geostrategic calculation. This would provide the host state with more opportunities to leverage its relationships to the most profitable end.

It is for these reasons why Ethiopia should reach out to Russia sooner than later. Not only would this serve its interests in the immediate moment, but it would also preemptively balance its prospectively disproportionate dependence on China as well as set a regional example for other countries to follow. Whether one agrees with Abiy’s vision for the country or not, to say nothing of the military intervention that he commenced in Tigray and its reported consequences, nobody can reasonably deny that the U.S. is putting pressure on Ethiopia through sanctions in the hopes of influencing its domestic policies and perhaps even encouraging regime change with time. The intriguing role reversal that just took place—whereby the previously Chinese-friendly and somewhat American-skeptical TPLF is now at the very least politically supported by the U.S., while the formerly American-friendly and Chinese-skeptical Abiy is cast as a villain—shows how flexible the U.S. can be in pursuit of its interests.