The U.S. in Central Asia: between «С5+1» and «Make America Great Again»

Ph.D. in Political Science, Leading Research Fellow, Head of the Center for Italian Studies, Institute of Europe of the Russian Academy of Sciences, Associate Professor at the National Research University Higher School of Economics, RIAC Expert

This document underscores the commitment of the sides to the principles of sovereignty, independence, and territorial integrity, while simultaneously setting the tone for cooperation in many areas: regional trade, the transport and transit potential of traffic, energy linkages, favorable business climate enhancement and attracting investment, sustainable environment, addressing climate change, developing energy efficient technologies, etc. The following points are at the end of the list: enhancement of cooperation to prevent and counter transboundary threats and challenges (such as terrorism, trafficking of weapons of mass destruction, illicit drugs, etc.); providing support to Afghanistan and recognizing it as an important factor in security and stability for the entire region; Nuclear-Weapons-Free Zone in Central Asia; developing closer cooperation in the humanitarian sphere and (people-to-people ties, and encourage wider educational, cultural, and business exchanges). The document itself does not list any new ideas; rather it is the format of cooperation that serves as the innovation meant to push the goals outlined within the document forward.

It is expected that the first meeting in the C5+1 dialogue format put the development of multilateral cooperation into motion and signified, firstly, that all participating countries were ready for cooperation and interaction, and, secondly, indicated the common (the widest) range of regional issues that will shape the multilateral dialogue.

It is assumed that several work groups will be created in the course of the following meetings in order to cover specific areas of cooperation. What is the essence of the new format? It has been since 2001 that the USA was deeply involved in the regional affairs in terms of anti-terrorist operation in Afghanistan and the creation of Northern Distribution Network. The U.S. and Uzbekistan were in close cooperation on Afghan issue, Kyrgyzstan was hosting Manas Air Base that closed only in 2014, and Tajikistan hosted the Ainy facility. USAID, the U.S. Agency for International Development, is actively operating in Central Asia, and the U.S. is one of the major donors in Kyrgyzstan. The U.S. has been implementing the New Silk Road initiative since 2011 in the region, which implies the launch of CASA-1000 in order to sell electricity and electric power produced by Kyrgyz and Tajik hydroelectric power stations to Afghanistan and Pakistan, and the construction of Turkmenistan–Afghanistan–Pakistan–India Pipeline (TAPI) to provide South Asia with Central Asia resources while ensuring the development of Afghanistan. 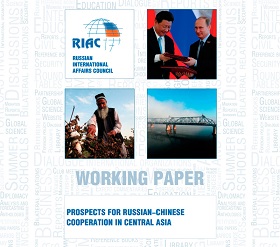 Though the withdrawal of the coalition troops from Afghanistan eliminates the need for the large-scale extra-regional partners’ presence in the countries of the region. CASA-1000 and TAPI projects have been stalling for several years as no one is ready or able to ensure their safety in the territory of Afghanistan, which raises questions of the New Silk Road on a broader scale. At the same time, China is becoming increasingly interested in the Central Asian region with its Silk Road Economic Belt initiative and the active investments in the countries of the region. Since 2015 two Central Asian states — Kazakhstan and Kyrgyzstan — have been members of the Eurasian Economic Union (EAEU), demonstrating their desire to develop closer cooperation with Russia and Belarus. It seems clear that the U.S. is likely to remain outside the processes going on in the region. And though the U.S. does not have direct economic interests in Central Asia, being an outsider clearly contradicts the U.S. pursuit to «diversify» the relations between the states of the region and the outside world, and to keep Russia and China from obtaining a greater role of influence in the region. Creation of C5+1 format will apparently show the five states that it is not only Russia and China who might help to resolve regional issues but also the U.S., who at this point is not seeking to serve any specific interests, except regional development enhancement. It is notable that John Kerry didn’t emphasize the situation over the human rights in the region during his tour and did not declare the Islamic Renaissance Party of Tajikistan ban or the situation with the independent media in Turkmenistan, Uzbekistan, etc. reprehensible. That would suggest that the U.S. has given up its conviction in the opportunity to influence the domestic political affairs in the countries of the region, and admitted the defeat of its almost 30-year-long course towards the democratization of the region, having decided to focus on maintaining its presence in the region even without any meaningful content.

The absence of any specific U.S. initiatives or programs on regional security proves that in the last years of B. Obama’s presidency Washington D.C. was not ready to make significant investment in the resolution of regional issues, namely in economic development, political regime change, and even terrorism threat increase, religious extremism, etc., giving them away to the neighbors involved, i.e. Russia and China. C5+1 format, being initiated by John Kerry, was possibly aiming at clarifying positions of the leaders of the countries in the region and the current situation, as well as showing a «disinterested» ally (alternative to Russia and China) in addressing development issues to the government of the Central Asian states.

New administration office of D.Trump has not come up with any exact agenda on Middle Asian region. There seems to be no dynamics in the C5+1 format development as well. At first sight it seems logical that getting involved in the Middle Asian affairs does not fit into the «Make America great again» concept and would look as if the U.S. administration office is dispersing resources in the context of current discourse, given that there is a need to resolve more pending issues, both domestic and foreign. However, the rhetorics of the U.S. President as well as a number of «new tendencies» in the region (first of all, Sh. Mirziyoyev’s inauguration for the post of the President of Uzbekistan and the start of reforms in Kazakhstan) suggest some of the most obvious lines for further U.S. policy line in Central Asia.

It is necessary to note that safeguarding human rights and the essence of political regimes in Central Asian states are not being a key issue in the speeches of D.Trump and the U.S. administration office representatives. The most famous American human-rights organizations have noted R.Tillerson’s absence in the course of State Department human rights annual report presentation (1, 2), and it is possible that the U.S. will cut budgets for the United Nations Human Rights Council, and many experts treated it as a cessation of human rights issues by the new administration office. 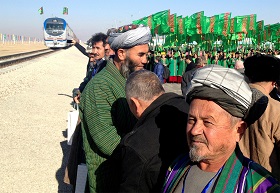 Obviously, in the near future we are unlikely to hear any significant criticism over the Central Asian governments on this issue. Moreover, there might be some positive signals towards Uzbekistan, including the growing interest from American business, due to the «warming» of the political climate in Uzbekistan with Mirziyoyev holding the office, the announced reforms, and the attempts to establish contacts with neighbors from the U.S. side. If this scenario develops, the direct relationship between the political changes and the amount of investment received will demonstrate the U.S. economic interest in Uzbekistan and can serve as a clear example for all other states in the region. It seems that this example will be more convincing and effective than the criticism repeatedly spread by the U.S. to address political regimes and the situation with human rights. Reforms proclaimed in Kazakhstan also give the United States a reason to think about the possibility of increasing economic contacts with this state. The likelihood of such scenario, however, directly depends on how much the real development of events in Uzbekistan and Kazakhstan will correspond to the declared course.

At the same time, the administration of D. Trump is quite serious about countering terrorism and remains active in this direction in Afghanistan, Syria, and Iraq. According to the former director of the Kazakhstan Institute for Strategic Studies (KazISS) E. Karina, this is perhaps the main convergence of the interests of the U.S. and Central Asian states [1]. According to the Soufan Group, about 2,000 militants from Central Asian countries are fighting on the side of ISIS [1]. It is obvious that preventing further radicalization of Central Asia can become the basis for closer cooperation between the U.S. and the states of the region. At the same time, the latter will be happy to receive funding from the U.S. for the implementation of appropriate measures, as well as the possibility to balance the influence of Russia and China on security issues. For the U.S., in its turn, this can be an effective mechanism to influence the leadership of the states of the region and form an alternative line to cooperation with PRC and Russia.

Of course, the development of cooperation in countering terrorism will be directly affected by the dynamics of the situation within the countries of the region, and in case of its sharp deterioration, we will be able to observe very unexpected scenarios.

Thus, should the new U.S. administration have interest to further develop the C5+1 format, two major opportunities will be used: enhancing economic contacts with the countries of the region and thus influencing the political situation within, and fostering cooperation on countering radicalism and extremism. The U.S. donor activity in the region and USAID significant impact on civil society and the social environment in some countries of the region should also be taken into consideration. For example, in Kyrgyzstan, USAID funds cover the costs for project studies held by ministries and government agencies, including Eurasian economic integration issues. It seems that this U.S. activity in the region will be supported regardless of the dialogue format development.

Rate this article
Share this article
FOLLOW THE LATEST DEVELOPMENTS
Project
Political and economic dynamics in the countries of Central Asia
Tags
USA, Kazakhstan, Kyrghizstan, Uzbekistan, Tajikistan, Afghanistan, Central Asia, C5+1
Reader's choice
HideShow
A Tale of Two Interventions: Why Russia Succeeded in Syria When U.S. Failed in Afghanistan
The Fall of Kabul and the Balance of Power in Greater Eurasia
Afghanistan Marks the Beginning of the End of US-led Unipolarity
Security and Development in Northeast Asia: New Approaches Needed
The Nuclear Triad: Alternatives from the Days Gone By