Before our eyes a popular uprising against the national establishment started and won - without any exaggeration. All the country’s elite was united against Donald Trump. Democrats and Republicans. Financial corporations of the Wall Street and Silicon Valley venture capital firms. The national media and leading Kulturtraegers. Universities, foundations, Nobel Prize winners in economics, and the vast majority of analytical centers. And all this was not enough to quell the uprising of the masses.

Experts-Americanists routinely consider almost any presidential election in the USA as unprecedented, historic, and fateful. In most cases these bright epithets fade with time and are erased from memory. The present change of the White House chief employer is already perceived as an ordinary episode, as a logical and natural step in the continuous evolution of the US political system. However, I would like to assume that the 2016 elections will be included in all the textbooks as an absolutely exceptional event in the American political life.

Before our eyes a popular uprising against the national establishment started and won - without any exaggeration. All the country’s elite was united against Donald Trump. Democrats and Republicans. Financial corporations of the Wall Street and Silicon Valley venture capital firms. The national media and leading Kulturtraegers. Universities, foundations, Nobel Prize winners in economics, and the vast majority of analytical centers. It was a total mobilization of the status quo supporters, an open backing of Hillary Clinton from key US allies around the world, a persistent search for all kinds of dirt against the brazen political vulgarian – and all this was not enough to quell the uprising of the masses, which, incidentally, was not limited only by white men, blue-collars, losers of their former social positions, but drew into its orbit a significant portion of women, ethnic minorities and recent immigrants.

A request for changes turned out to be stronger than the habit of stability, and the extravagant billionaire became closer and more understandable to the ordinary voters than the experienced and crafty former first lady of America. We can congratulate the Americans that the democratic system has once again triumphed, and countless political scientists, sociologists and other highbrow consultants once again were humiliated, disgraced and thrown into the dust. 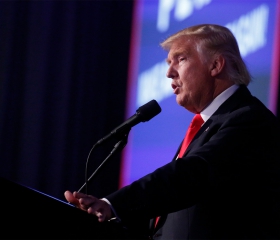 REUTERS/Carlo Allegri
Igor Ivanov:
Russia and the United States Have
to Get Back to Constructive Dialogue

However, the question is how rightly to regard the victorious uprising as real political revolution. Will the Trump’s triumph remain in history as a spectacular but hardly substantial New York musical, having little relationship to the real life behind the walls of the American political theater?

The answer to this question is far from obvious. First, Donald Trump - if he really wants to achieve something essential for his presidency - will have somehow to make peace with his political opponents, including the establishment that, to say it mildly, was not too friendly to Trump. He has to bear with them at least for the simple reason that the new president has to take from nowhere other officials, journalists, businessmen, university professors, and experts.

Second, it is necessary to negotiate with the Congress. And the US Congress, being under full control of the Republicans after the elections, is hardly ready to become an obedient tool in the hands of the White House. On the contrary, numerous covert and overt enemies of Trump on the Capitol Hill will try to spoil his blood. And there are plenty of possibilities - from the nomination process of key figures of the new administration to budget decisions.

Third, to criticize the Obama administration for softness and indecision in foreign policy is simple enough, but to offer a realistic alternative to Obama and not to plunge into a serious international crisis is the task of fundamentally different complexity level. Donald Trump must somehow restore his reputation among the US allies in Europe, Asia, and Latin America. So concessions and compromises are inevitable, also inevitable is departure from the populist statements and slogans of the election campaign. Is Trump ready to such adjustments? 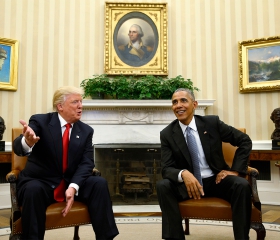 As to the Russian-American relations, for the first time in a long time there is some light at the end of the tunnel, even very distant and faint one. If Hillary Clinton won, to begin a dialogue with the new administration would be much more difficult, considering everything that she said about Russia and Vladimir Putin during the election campaign. Psychologically and politically Trump is rather ready to turn the page and start a new chapter in relations with Moscow.

But a lot will depend on the Russian side. The main intrigue, in my opinion, is as follows. Is Vladimir Putin ready to give Donald Trump an "advance" for future friendly Russian-American relations? Is the Russian leader ready to offer his new American counterpart something that goes beyond what the Russian side has offered Barack Obama - whether on the Syrian settlement, on strategic arms, or on some other important issue? Or will Moscow simply expect further new initiatives from Washington to begin a serious conversation?