Jihad in Syria and in Iraq: a Сhallenge for France

One week after the terrorist attacks in Paris, the police killed two jihadists in Belgium. Officials said that the two men were coming back from Syria and were on the brink of targeting Brussels. The capital of Belgium was already targeted a few months ago: in May 2014, Mehdi Nemmouche – a French citizen who had trained in Syria – killed 4 persons in Brussels’ Jewish museum.

One week after the terrorist attacks in Paris, the police killed two jihadists in Belgium. Officials said that the two men were coming back from Syria and were on the brink of targeting Brussels. The capital of Belgium was already targeted a few months ago: in May 2014, Mehdi Nemmouche – a French citizen who had trained in Syria – killed 4 persons in Brussels’ Jewish museum.

Jihad in Syria and in Iraq has attracted some 15,000 foreign fighters, of which 3,000 are Westerners. If Belgium has the highest number of jihadists per inhabitant in Europe, French jihadists are more numerous in absolute terms. The figures provided by the French Ministry of the Interior last November are astonishing: at that point 1,132 French residents were involved in jihadist networks. 376 were present in Syria or in Iraq, over 300 had decided to leave France, 184 were in transit, 199 had left the war zones (out of which 109 returned to France and had been indicted) and 49 had been killed.

These persons come from various backgrounds. Many of the French involved in the jihadist networks are young Muslims who failed at school, were marginalized or involved in petty crime. However a significant number of French jihadists have also left stable, relatively well-paid jobs in France in order to join the fight. The number of converts is high, probably hovering over 20%. Women are numerous, around 250. Some of these women have gone to Syria with their children. The geographical origin of the jihadists is also very diverse: over 80% of French départements (provinces) count at least one jihadist. This vast decentralization has in many ways been facilitated by the Internet and social media: they provided for the possibility of Islamic State and Jabhat al-Nusra ideologies to reach the most remote corners of France.

Explaining the popularity of jihad in Syria and Iraq

At least three types of reasons – theological, historical and practical – are useful in explaining the popularity of jihad in Syria and in Iraq. At the theological level, Syria is included in what jihadists call the “country of Sham.” They often emphasize that this territory is glorified in the Quran, and that it stands as the second most important region in Islam after the Arabian Peninsula. Moreover, influential sheiks, such as Yusuf al-Qaradawi, called for jihad in Syria. The act of helping populations that have been massacred by Bashar al-Assad’s Alawi regime is therefore seen as legitimate by a large portion of the Sunni. 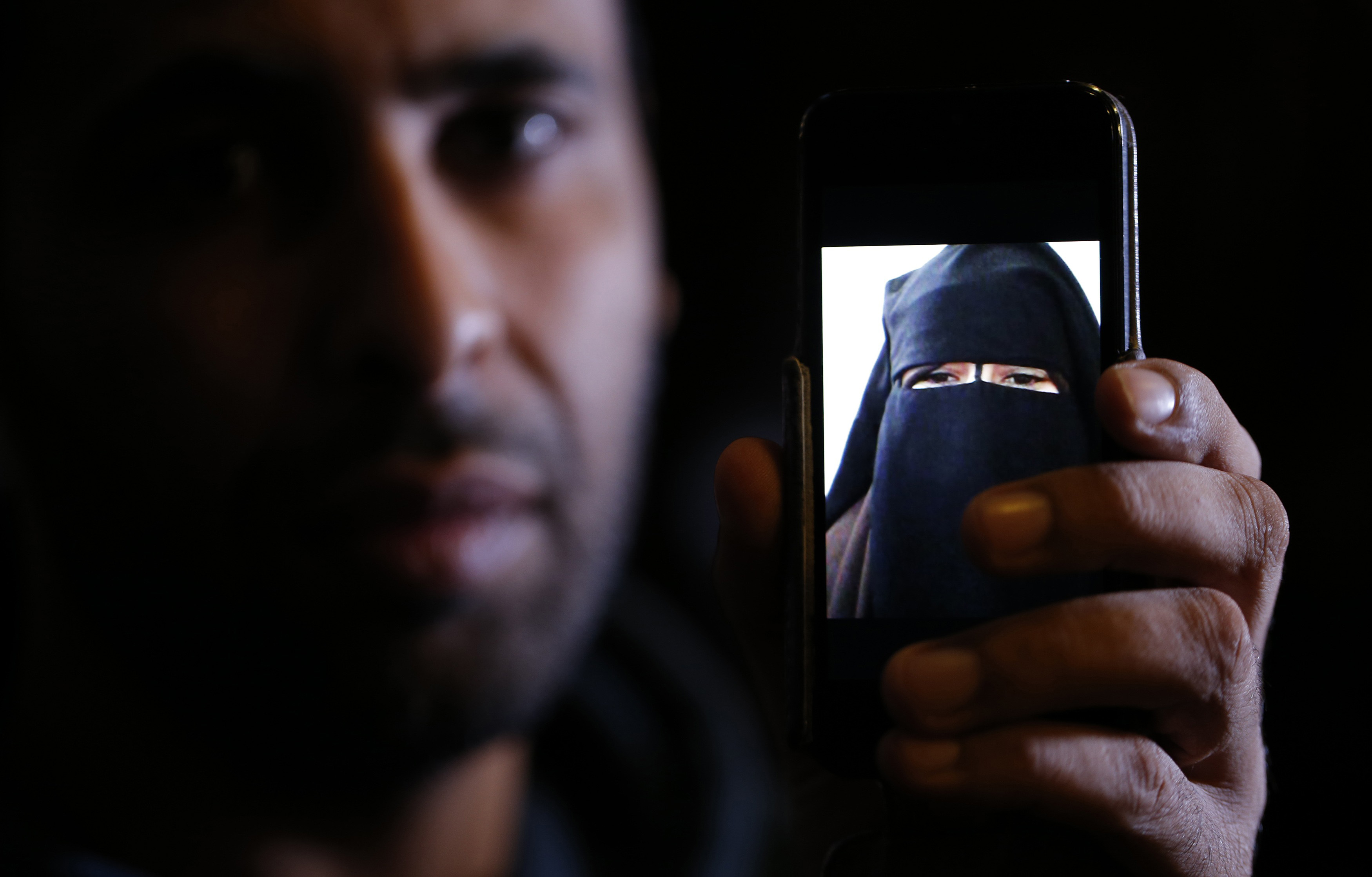 REUTERS
Foad Al-Bahty shows a picture
that his 15-year-old sister, Nora, sent
him from Syria after joining ISIS

From a historical standpoint, Syria and Iraq were the heart of the Abbasid Caliphate between 750 and 1258. The city of Raqqa – currently one of the strongholds of the Islamic State (IS) – was its capital during a brief period of time. During the summer of 2014, Abu Bakr al-Baghdadi – the leader of IS – proclaimed himself the caliph, and thereby took Al Qaeda by surprise: the leaders of Al Qaeda traditionally conceive the re-establishment of the caliphate as a long-term outcome of their fight. The caliphate seeks to be transnational. When IS destroyed crossing posts between Syria and Iraq, propaganda videos insisted on the symbolic disappearance of borders inherited from the Sykes-Picot Agreement.

Beside these theological and historical aspects, jihad also attracts people in Syria and Iraq for practical reasons. Syria can be reached easily through Turkey. A couple hundred Euros are enough to travel from Paris to Istanbul. To do so, it is not even necessary to obtain a visa, nor have a passport: an identity card is sufficient. Moreover, talking to jihadists already present in Syria on social media is easy, and these men can give advice for getting into the country. Social media is therefore not only a means of propaganda for IS and Jabhat al-Nusra, but also a key organizational platform.

The attractiveness of jihad in Syria and Iraq is worrisome for Western countries. French political leaders fear that fighters may return to Europe and perpetrate acts of terror. They work hard to prevent such a scenario.

The fight against jihadist networks

In its fight against IS, France has sought to act against the group at the source, by participating in the international coalition’s air strikes in Iraq since September 19th, 2014. The means deployed for these operations are quite substantial with regard to the capacities and current deployments of the French armed forces. Equipments provided by France include 9 Rafale, 6 Mirage 2000-D, one C 135FR refueling aircraft, one Atlantique II and an air-defense frigate. On French soil, 10,500 soldiers have been deployed after the recent terrorist attacks but usually, a police and judicial approach is preferred. In April 2014, the French Minister of the Interior announced a new plan for the fight against radicalization, its first step being the implementation of a hotline for relatives of people in the process of radicalization.

In November 2014, the French system was reinforced by a new antiterrorist law. This law consists of three principal points. Firstly, it allows French authorities to ban people suspected to be willing to join a terrorist group abroad from leaving France. In practice, an individual willing to travel to Syria may have his or her passport and identity card removed for a maximum duration of two years. In case of an attempt to leave France, he or she may be condemned to 3 years in prison. This measure will not be foolproof in so far as national boundaries are porous within the European Union. Moreover, an individual subjected to this ban might be enticed to take action directly on national territory. 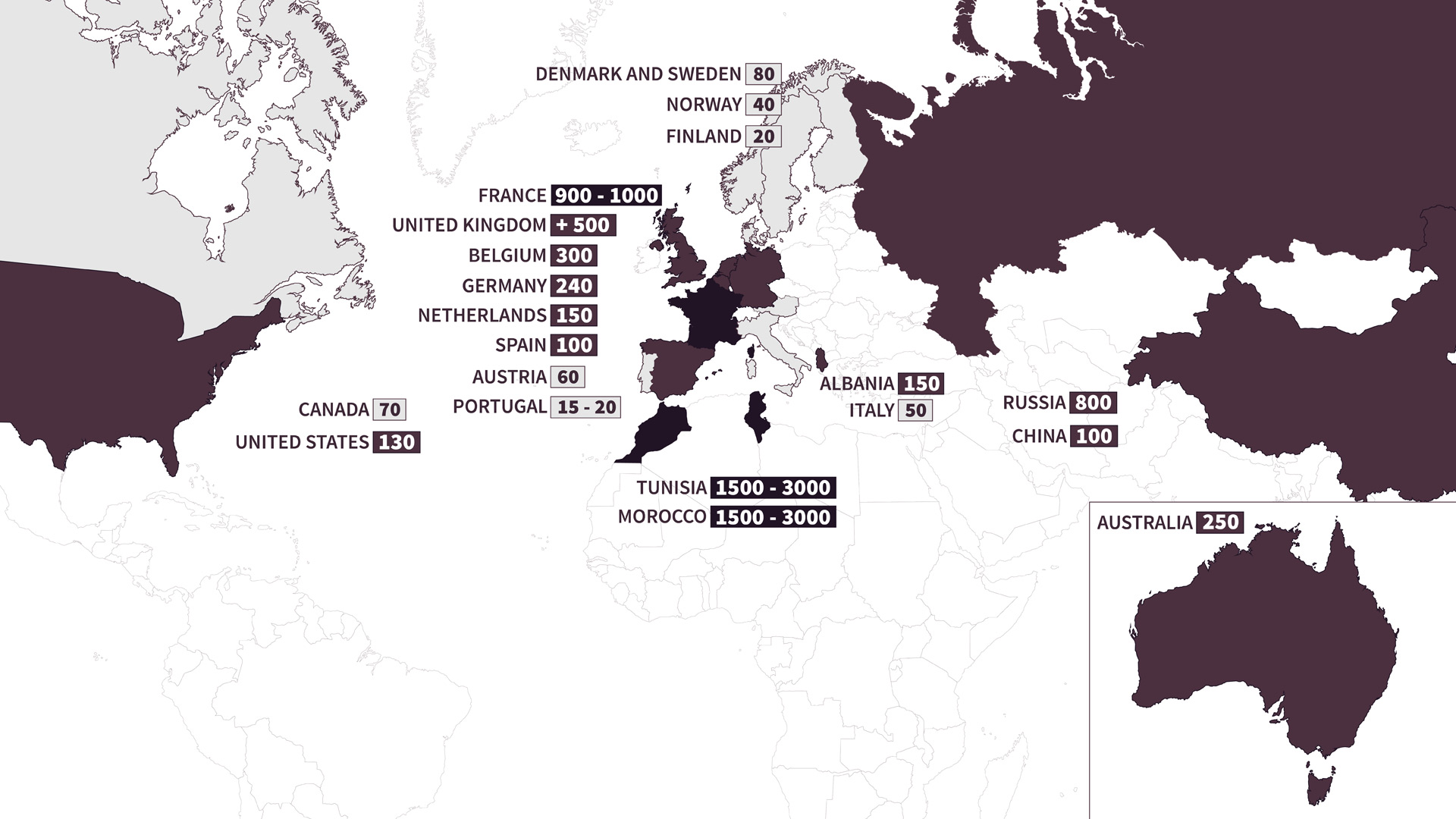 Secondly, the new law includes the notion of the “individual terrorist enterprise”. The objective is to prevent the acting out of “lone wolves”. This innovation will probably lead to the incarceration of dangerous persons. However, the supervision of detainees – and, hence, the undermining of their ability to radicalize other prisoners – remains to be improved. What’s more, the monitoring of former detainees should also be improved, as tragically exemplified by the attack against Charlie Hebdo. One of the terrorists, Chérif Kouachi, had already spent almost two years in jail in the mid-2000s for his involvement in a network that sent jihadists to Iraq. After his release, he managed to slip under the radar.

Thirdly, the new law includes provisions relating to the jihadists’ use of the Internet. Namely, it provides for the heavy sanctioning (up to 7 years in prison) of the glorification of terrorism on the Internet. It also allows French authorities to block radical websites. This measure will most probably be inefficient: it is easy to get around such blockings with the help of free downloadable programs and, moreover, jihadist web-propaganda is nowadays essentially spread via popular social media platforms – such as Facebook – that French authorities will not block. After the attacks in Paris, the French Minister of the Interior said that he would travel to the US to talk to the heads of the main social media platforms. He wants them to be more involved in the fight against terrorism.

To ensure the utility of the counter-terrorist legislation, it is also necessary that the terrorists be identified, arrested and brought in front of judges. Hence, the work of intelligence agencies is essential. In 2014, the Direction centrale du renseignement intérieur (DCRI, or Central Directorate for Domestic Intelligence) was transformed into the Direction générale de la sécurité intérieure (DGSI, or General Directorate for Domestic Security), and an over 10% increase in its personnel – currently around 3,500 – was announced over the next three years. French Prime Minister, Manuel Valls, announced a new significant reinforcement after the recent attacks in Paris. Even so, the complete monitoring of a single individual requires a total of fifteen people, and jihadism is but one of the tasks handled by the DGSI. The occurrence of other terrorist attacks in the coming years would therefore not come as a surprise.

This article will be published in French in Lettre de Justice et Paix (February 2015 issue). It was translated by Hugo Naulot and Nino Begovic.