Russia and the Afghanistan conundrum

The Taliban takeover of Afghanistan has created a power vacuum with security implications for the wider region that has perhaps been underestimated. While the withdrawal of the United States and its Western allies after a 20-year presence might have generated more than some cheers in certain circles, there are security concerns for powers such as Russia in an area very close to its borders. The absence of Washington from Afghanistan means, among other things, the uncontrolled smuggling of narcotics and arms, which will inevitably result in greater instability in Central Asia. 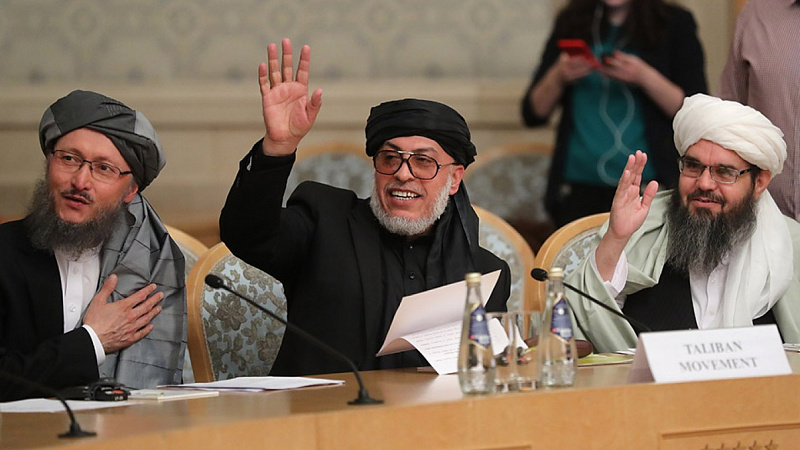 Recent developments involving border tensions between the Taliban regime and Tajikistan, a nation that has refused to recognize the Islamist movement unlike other neighboring countries, make it amply clear that Russia’s apprehensions about Afghanistan are well founded. Russia, which maintains a military base in the former Soviet Union state, is concerned that militants as well as drug smugglers could take advantage of the unstable situation. The recent military exercise carried out by the Collective Security Treaty Organization (the CSTO), the Russia-led post-Soviet security bloc, near the Tajik-Afghan border must be put into this perspective. According to some reports, the six-day drill involved over 5,000 servicemen, more than half of them Russian soldiers. Smaller-scale exercises were held in August and September by Russia and its Central Asian allies in the vicinity of the Afghan border. The Taliban, in turn, warned Dushanbe against meddling in Afghanistan's domestic affairs. Ethnic Tajiks make up more than a quarter of Afghanistan's population, but members of the Taliban predominantly belong to the biggest ethnic group, the Pashtuns.

The other major voice that could be heard during those tensed days was that of Pakistan, which urged Tajikistan and the Taliban to back away from the conflict brewing on the border. In the aftermath of the U.S. withdrawal from Afghanistan, Pakistan has tried to reinvigorate its grip on the fragile country. According to some reports, the Pakistani Prime Minister, Imran Khan, called the Tajik President, Emomali Rahmon, to try and defuse tensions, a way to style itself as a deal broker and a neutral party, despite vested interests.

Earlier this year, Russia stated that the Taliban controlled roughly two-thirds of Afghanistan's border with Tajikistan. As a result, Russia recently conducted joint military operations with Tajikistan and Uzbekistan in the region. Speaking at the Russian Academy of Sciences on a session focused on Afghanistan, Alexander Venediktov, the Deputy Secretary of the Security Council of the Russian Federation, put it this way: “We have to state that the situation in that country poses a whole number of very serious threats not only to regional security, but primarily to the national security of our country”, adding that the Afghanistan crisis may lead to a skyrocketing in illegal arms trade, which, according to them, could take on ‘unprecedented dimensions’ if left unchecked. Venediktov said that developments in Afghanistan had exacerbated an entire slew of problems, such as terrorism, extremism, drug trafficking, mass migration and “the export of radicalism, including the illegal arms trade, which may soar to unprecedented proportions”.

Russia clearly understands that instability in Afghanistan is detrimental to the whole region and ultimately to itself, but Moscow is also aware that it cannot handle the situation with its forces alone, even if it wanted to. It is for these reasons that Pakistan’s role and involvement in the entire Afghanistan-Tajikistan affair become crucial. On the one hand, Islamabad, which has backed the Taliban from the very beginning, claims that all problems will be resolved once the international community recognizes the Islamist government. On the other hand, there are several countries that are concerned about the rise of terrorism along with all its associated problems. Russia, of course, speaks from practical experience, having spent a decade in Afghanistan during the final stages of the Soviet Union. The possibility of the Islamic threat proliferating across the region is present and live, especially without a coalition of countries and forces that go in the same direction and do not harbor contrasting goals. Let alone the perspective of armed Islamists, give a high risk of illegal arms trade.

Pakistan has pursued contrasting goals in Afghanistan, rhetorically declaring something that on the field has always turned out the opposite. The best illustration of how Pakistan has had it both ways is seen in PM Imran Khan’s speech at the United Nations General Assembly (UNGA) last September, when he used some vitriolic language to call on the international community to recognize the Taliban government. Khan frankly declared before the UNGA that after 9/11 “the same Mujahideen that we had trained (…) turned against us”. It is no secret that the Inter-Services Intelligence (ISI) has been foraging the Taliban for decades, and several members of the Afghan cabinet are wanted terrorists listed in the UN 1267 Committee. Some of them worked in and for Pakistan before, at times using Pakistani passports to travel overseas. Russia is aware that during the Soviet occupation of Afghanistan foreign assistance to the mujahideen arrived via Pakistan, handled by the ISI whose Afghan bureau coordinated all operational activities with the guerrilla militias. In other words, foreign funding helped establish hundreds of madrassas (religious schools) in Pakistan’s cities and frontier areas. These turned out thousands of Taliban, who joined the mujahideen in the anti-Soviet campaign, a proxy war which finally led to the withdrawal of Soviet troops from Afghanistan. Most of today’s Afghanistan chaos originated in those years, and the withdrawal of the U.S. and its allies only accelerated those processes, which 20 years of Western presence tried to reverse.

In recent years, Russia and Pakistan have diplomatically chosen to coordinate their positions on Afghanistan. However, neither seem to be willing nor able to intervene and bring stability to the country. The centrality of Pakistan to a solution in Afghanistan has come under the cloud, as the Taliban government today does not seem to be in any hurry to listen and implement ISI’s commands. Pakistan’s role to keep the Taliban alive was fundamental, as they waged sabotage and terrorist wars against the United States from Pakistani territory. A puppet regime in Afghanistan could allow Pakistan to focus all resources on its most pressing strategic goals. For its part, Russia would be well placed to focus its attention on Afghanistan, without disregarding its traditional allies in the region. It goes without saying that it must take into account Pakistan’s grip on Kabul, because a political solution to a very complex social, ethnic and economic situation could only come through engaging all parties on the field.