It is (Back) to ‘Business as Usual’ between Beijing and Moscow

At the beginning of July, the Chinese Foreign Minister, Wang Yi, met his Russian counterpart, Sergey Lavrov, on the sidelines of the G20 foreign ministers’ meeting in Bali. Exchanging views on the Ukraine crisis, Wang added that China would (i) continue to take an objective position; (ii) focus on de-escalating the situation and promoting peace talks; and, (iii) support efforts for a peaceful settlement of the crisis. Further, the Chinese readout quoted Lavrov saying the bilateral relations would not be undermined by external interference and cooperation was advancing smoothly. Inputs suggest that bilateral relations between Beijing and Moscow have not only returned to normalcy, rather they are flourishing like never before. 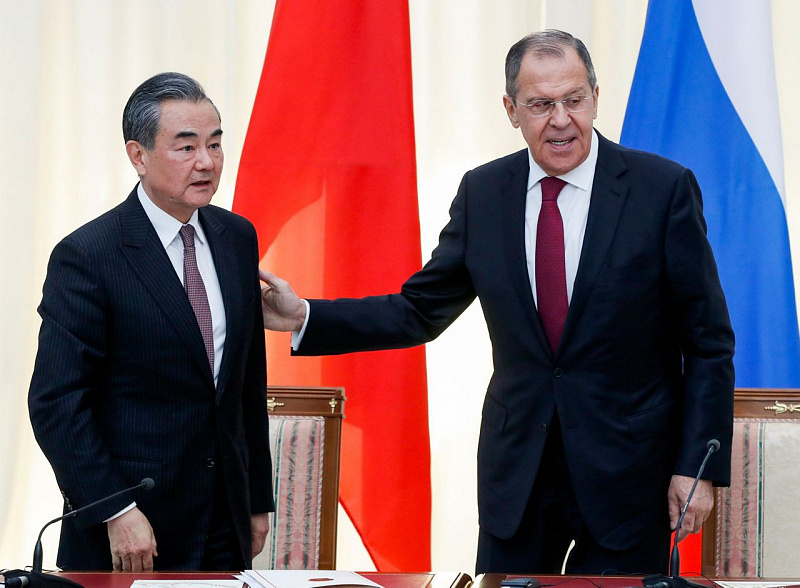 China rejects the sanctions as illegal because the United States, Europe and Japan cut off Russia from their markets and the global banking system without working through the United Nations, where Beijing and Moscow have veto power. The sanctions don’t prohibit China, India or other countries from buying Russian oil and gas. But US President Joe Biden has warned Xi of unspecified consequences if Beijing helps Moscow evade sanctions. That leaves open the risk Chinese companies might be punished by losing access to valuable Western markets. According to the official data, China’s imports from Russia increased by 56% to US$ 9.7 billion in June 2022 vis-à-vis June 2021. The increase in import of LNG from Russia was most significant. The customs data show that between February and April 2022, Beijing’s imports of LNG from Russia grew by 50% from the same time a year earlier. However, Chinese exports to Russia fell by 17% to US$ 5 billion in June 2022 as compared to last year. This may be because Chinese businesses continue to be cautious when it comes to selling to Russia, both due to Russia’s economic situation and out of concerns about secondary sanctions from the West. Meanwhile, Chinese customs has announced that they would stop releasing data on natural gas imports from Russia, citing ‘legitimate commercial interests of the importers and exporters.’ Chinese smart phones have gained ground in Russia as several smartphone makers such as Apple and Samsung having paused sales to the Russian market in the aftermath of the Ukraine crisis. Chinese smartphones account for two-thirds of all new sales in Russia between April and June 2022. According to Russian electronics retailer M. Video-Eldorado, the total share of Chinese brands in the Russian market in terms of smart phone sales steadily increased from 50% in the first quarter, to 60% in April to more than 70% in June 2022.

Significantly, in order to boost bilateral trade further, the Chinese Embassy in Moscow announced that the number of commercial flights from Russia to China will increase to eight a week from twice a week. Global Times reported that Russian companies have launched chartered ships to China to ensure delivery of various goods such as raw materials amidst the disruption in transport due to Western sanctions. Russian companies Inteco and Swift Transport Group have jointly offered container shipping services between Vostochny in Russia’s Far East and port cities in China. Ever since Russia’s central bank lifted restrictions on buying foreign currency, Russians have rushed to buy the Chinese Yuan to diversify their holdings from the Dollar and Euro. Demand for the Yuan has increased by eight times. According to the Moscow Exchange, Rouble-Yuan trading volumes were at a record $703 million. However, global investors are still treading cautiously when it comes to investing in China. In fact, The Wall Street Journal has reported that global investors are divesting bonds of Chinese banks that have been lent to Russia over fears of secondary sanctions being imposed by the West. The report stated that the China Development Bank and the Export-Import Bank of China, lent billions of dollars to Russian borrowers, and have been silent about their exposures to Russia since the start of military action in Ukraine.

Meanwhile, diverging views on China-Russia relations have started to appear in Europe. Recently, the Belgian Prime Minister, Alexander De Croo, advised against clubbing China into the same “geopolitical basket” as Russia, stating that, for the moment, both should be considered differently. He advocated a continuation of EU’s policy of regarding Beijing as a partner, rival and competitor. His remarks follow similar comments by Jens Plötner, German Chancellor Olaf Scholz’s top Foreign Policy Advisor, who recently stated that it would be a mistake to club China and Russia together. Further, also the Dutch PM, Mark Rutte, stated that cutting ties with China would not “help anyone in Hong Kong or the Uighurs”.

It appears that China is emerging as a clear winner of the Russia-Ukraine conflict. The crisis has put China’s economy, which was on decline during pre-crisis period, back on upward trajectory. It will be worth a deep dive to analyse whether Russia-Ukraine standoff has weakened or emboldened China.