The Russia-Ukraine conflict has triggered changes both in the regional and international landscape. Given China’s increasing international influence, the changes in the international situation are bound to have implications for China too. The continued escalation of the conflict makes it imperative for Beijing to examine major strategic issues related to its Belt and Road Initiative (BRI). 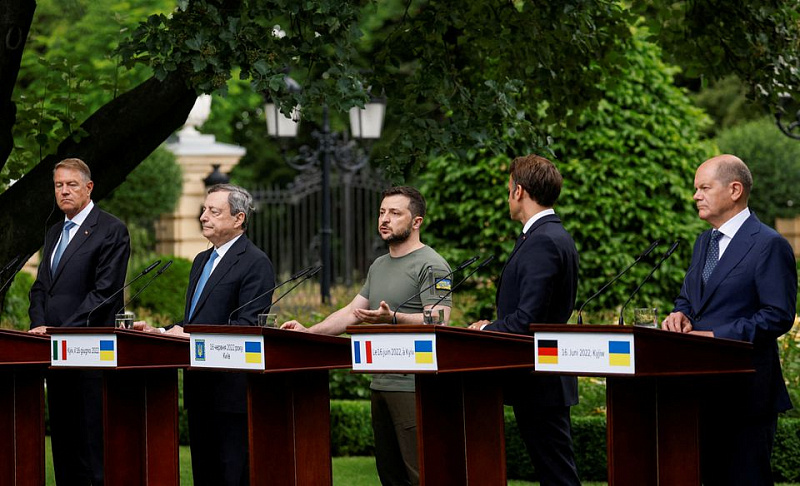 China’s ambitions to expand the network of its BRI projects in Central and Eastern European (CEE) countries under the ‘17+1 initiative’, formed in 2012, have been severely affected following the ongoing war in Ukraine. Owing to the adverse security situation in Europe, most of the CEE countries have started to become wary of foreign powers, including China. Sensing unease in the attitude of CEE governments, China sent two special delegations to 10 CEE countries. One delegation, led by Ma Keqing, former PRC Ambassador to Finland and Czech Republic, visited Greece and Albania, while another delegation, headed by Huo Yuzhen, PRC Special Envoy to CEE, visited Czech Republic, Slovakia, Hungary, Croatia, Slovenia, Estonia, Latvia and Poland. The two Chinese delegations were tasked with eliminating misunderstandings regarding Russia-Ukraine conflict and holding discussions to reignite CEE countries’ interest in the BRI. However, several CEE countries did not attach much importance to these delegations and instead deputed lower-level officials to hold discussions with the visitors. The most disappointing response came from Poland, where the Chinese delegation could not even meet officials of the Polish Foreign Ministry.

Though China forged the ‘17+1 initiative’ to enhance its penetration into the European region, its failure to convert investment promises into actual investment has dented the progress of the grouping. This year marks the tenth founding anniversary of the ‘17+1 initiative’, but most of the CEE countries have not shown enthusiasm for celebrating the landmark year. Furthermore, Beijing could not even find a single CEE country willing to host the annual summit.

Chinese investment in the CEE countries is limited to only a few countries like Hungary, Czech Republic and Poland. In 2020, its investment in CEE countries accounted for 3 percent of total Chinese investment in Europe. Chinese companies have also not shown much enthusiasm in making investments in these countries because they are less profitable. Some flagship projects like Romania’s Cernavoda Nuclear Power Plant or Budapest (Hungary)-Belgrade (Serbia) railway project, which could have improved China’s image in the CEE region, were either abandoned or face delays.

China’s relations with CEE countries deteriorated further when Beijing started to target them for forging relations with Taiwan. The Czech Senate President, Miloš Vystrčil, was warned that he will ‘pay a heavy price’ for his official visit to Taiwan in 2020. Lithuania was also targeted by economic sanctions for its decision to open the ‘Taiwanese Representative Office’ - instead of using the common title ‘Taipei Economic and Cultural Office’ - in Vilnius in 2021. Meanwhile, Taiwan on its part is also wooing the CEE countries by announcing a plan of $200 million Central & Eastern Europe Investment Fund to support capital investments into strategic sectors such as semiconductors, biotechnology, space, finance, laser technology and e-vehicles. The lowest point in the ‘17+1 initiative’ came when Lithuania left the Group in May 2021 after its Parliament passed a resolution condemning China’s treatment of its Muslim Uighur minority, describing it as a ‘crime against humanity’ and ‘genocide.’

With the Russia-Ukraine conflict, the dynamics of the whole European region have changed. As the CEE countries are situated in the vicinity of Ukraine, their governments perceive NATO, and by extension the US, as a key security guarantor. By providing support to Ukraine against Russia, the US has consolidated its position in the region. It has rallied the European governments to stay united against foreign forces, including Russia and China. The US has been projecting Russia as a security threat, whereas China is being highlighted as a strategic and economic threat that is likely to break European unity.

OTHER RECORDS
It is (Back) to ‘Business as Usual’ between Beijing and Moscow
Valerio Fabbri
Chabahar - The Ace Up Tehran’s sleeve
Valerio Fabbri
No Matter How Ukrainian Crisis Ends, China’s Arms Giants are Always Winners?
Valerio Fabbri
Tags
Russia, Ukraine, EU, CEE, China, US, NATO