INDIA. The New Pivotal Role in Asia and Europe

by introducing integrated battle groups (IBGs), energy weapons, artificial intelligence, robotics and micro-satellite technologies to secure its borders, and allow transfer of encrypted communication security equipment from the US to India and the Canada partnering with India in maintenance aspects of the nuclear sector.

To include: the Indian Army, Navy and Government, OGES, and cooperation with the USA, Canada, The Russian Federation, Israel and Romania etc.

Soldiers in the Indian Army may soon be equipped with exoskeleton technology that will improve their situational awareness, protection, speed, and strength.

India has been increasing expenditure on researching and upgrading the wearable gear that its soldiers will wear on the battlefield. In order to keep up with the competition on the continuously advancing battlefield, soldiers need to be up to date with the most advanced helmets, armor, C4I capabilities, night vision capabilities and more.

However, equipping all these military advancements onto an individual soldier is a difficult task, mainly due to the extra weight the soldier will have to carry.

That is why leading countries such as Russia and the United States have already invested resources in researching and developing battery powered exoskeletons capable of literally strengthening the wearer.

Experts mentions that Indian troops are actively deployed in places with extreme temperatures and humidity, because of this the exo-suits must be capable of surviving anywhere between below freezing temperature and 70 degrees celsius. In some cases, there are exo-suits that have climate control capabilities for the suit’s operator, allowing soldiers to operate in extreme weathers. No official word from India on these types of exoskeletons.

Many of the suits being looked into also have a locking mechanism, meaning that only people with the correct authorization can operate the suit.

As the technology which grants us exoskeletons advances, it is only obvious to see countries and private companies take the initiative to work on the next generation of soldiers combat gear.

Russia’s Rosoboronexport could participate in the project to create an Indo-Russian Joint Venture to produce AK-103 rifles, according to the head of the Russian Federal Service for Military Technical Cooperation Dmitry Shugaev, who has informed Indian media.

In response to an Indian MoD Request for Information (RFI) for the procurement of 650 000 assault rifles of 7.62×39 mm caliber under ‘Make in India’ program, an inter-governmental agreement (IGA) to explore the possibility of a joint venture for manufacturing the latest Russian Kalashnikov AK-103 assault rifles in India could be signed during President Putin’s visit to India.

The AK103 is the third generation of the Kalashnikov assault rifles, an upgrade of the popular AK47 and AKM rifles of Russian origin.

The AK103 has plastic folding butt stock, an attachment for mounting under-barrel grenade launchers, and a standard mounting rail for installation of optical, collimator or night sights; a more sturdy breech locking assembly allowing the use of new higher-performance cartridges; lower total weight of simultaneously moving parts and a muzzle brake-compensator.

If concluded, the agreement could lead to negotiations and the selection of an Indian partner for manufacturing the rifles in India.

once established, the JV could also explore modernization of the Indian security establishment’s existing stock of 5.56mm caliber rifles to 7.62mm caliber. The JV will also have to explore export opportunities to third countries.

The Indian MoD is looking for two types of rifles; the first, a highly accurate rifle with a high rate of fire meant for front-line forces and the second, a lighter assault rifle meant for infantry troops. The AK-103 could fit the fill for the second type of requirement.

Recent reports say that the Indian MoD is looking for a replacement for its locally-made INSAS rifles made by the Ordnance Factory Board (OFB). It is probable that the OFB could be selected as a partner in the AK-103 program given its already established manufacturing infrastructure for the INSAS assault rifles. 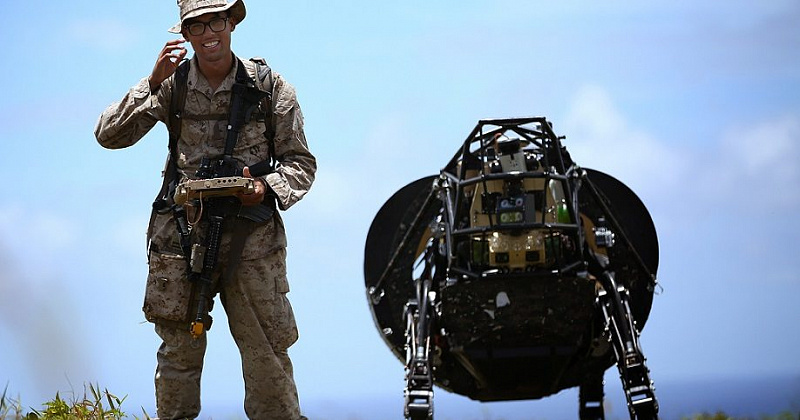 According to RAFAEL’s announcement, the cooperation with ASTRA in the ARC Joint venture is in line with RAFAEL’s strategy of creating global collaborations. It is also in line with the Indian Government’s “Make in India” initiative and will invest in high-end technology and advanced production techniques to design, develop and manufacture state-of-the-art Tactical Communication systems (BNET), for the Indian Armed Forces.

The Joint Venture’s focus is on leveraging the technological ability and indigenous manufacturing capability of AMPL, combined with the state-of-the-art technology expertise of RAFAEL, to support the requirements of the Indian Armed Forces in the ‘Make in India’ program. It is envisioned that ARC will emerge as a leader at the forefront of technology in the Tactical Communication domains. This green field Joint Venture envisages creation of significant direct and indirect employment opportunities, import substitution and foreign direct investments into the country.

ARC would soon be India’s first private sector company to manufacture cutting-edge Software Defined Radios in multiple variants, at its facility spread across an area of over 20,000 sq.ft. ARC will also be involved in the development and manufacture of a wide range of other advanced capabilities, with the aim of opening new export markets.

The Israeli cooperation with India is strategic. The inauguration of the Rafael facility in India is yet another proof of RAFAEL’s implementation of India’s Prime Minister’s MAKE IN INDIA strategy and policy and of our ongoing and uncompromising support for the needs and requirements of the Indian Armed Forces.

ARC is a company which is starting into the business of revolutionising the communication domain in the defence environment. Currently there are ongoing orders for providing state of the art Software Defined Radios to the Indian Air Force, by working with all the players in this strategic sphere, both public and private sector to create a great environment for defence electronics. ARC would like to acknowledge the contributions made by both Astra Microwave and Rafael in helping this company come alive and allow us to contribute to the country’s much-needed indigenous defence capability.

for seven ships of the Indian navy.

The contract was entered with Indian state-owned company Bharat Electronics Limited (BEL) which serves as the main contractor in the project.

The LRSAM system, part of the Barak 8 Family, is an operational AMD system used by Israel’s navy as well as by India’s navy, air and land forces. It provides broad Aerial and point defense against a wide range of threats to the marine arena from the air, sea or land.

Barak 8 System is the product of a joint effort between IAI and the Ministry of Defense, the DRDO (India’s Defence Research and Development Organization), Refael, the navies, IAI’s Elta Systems and other industries in India and in Israel. Furthermore, The United States and India have been working together on developing a series of small, unmanned, aerial drones that are to be launched from a cargo aircraft, specifically the Lockheed Martin C-130J Super Hercules or the Boeing C-17 Globemaster III. The drones are planned to be in use by both the U.S. and the Indian military.

The system of drones are to be implemented for 3 main objectives: humanitarian assistance, cross-border operations, and cave and tunnel inspections, as reported by defensenews.com. These objectives allow for an efficient way to provide additional capabilities to the combat soldier on the ground.

Drones are not the only things that India and the U.S. were involved in co-developing. The two nations were also involved in a lightweight small arms technology project. Where the mission here is to decrease the weight ground soldiers carry into war by about 40%.

Both the drones and the lightweight weapons technology are part of a broader effort for co-development of military technologies between the U.S and India. The effort is known as DTTI, the Defense Technology and Trade Initiative.

However though, Indian bureaucracy has caused delays in the DTTI program. The American defense industry and the Pentagon both suffered from the inconveniences of these delays. More delays equates to less development and both Indian and American industries are missing out on the extra work.

Although the program is proceeding at a slower rate than expected, both Americans and Indians are optimistic that the program will get back on track and running again at full speed. The cooperative program shows the tight bond the U.S. has with its Indian ally and at the same time strengthens both nations. Thereafter, India has been indigenously developing a smart combat helmet that will supply its soldiers with enhanced situational awareness. The Indian Institute of Technology IIT-Ropar is on the verge of bringing out a prototype of a modern combat helmet fitted with identification and communication device, having thermal imaging and night-vision capability and replete with a camera. Its youngest incubated startup, Augniscient, is using augmented reality to provide the Indian Army with technological support systems. Its first product, Raksh 1.0 is a helmet mounted see-through display, equipped with an advanced technology system that provides a soldier with highest level of situational awareness. The helmet will help its wearer identify tanks and other vehicles, both enemy and friendly, from a distance of 300 m to 1 km as it will read the dimensions of the tank and relay back information. Due the mentioned strategic connection, a new Israel-India strategic partnership has been forged in the cyber security sphere. Tech Mahindra, and ELTA Systems, a group and subsidiary of Israel Aerospace Industries (IAI) have partnered to to provide cutting-edge cyber solutions and services to government and enterprise customers in India and globally. The partnership will enable the companies to design and deliver bespoke Security Operation Centres (C-SOCs), Computer Emergency Response Teams (CERTs) and Forensic Laboratories, leveraging on state of the art automation and orchestration tools, AI and Machine learning analytics and best of breed technology. Additionally, India’s Indigenously developed and built Light Combat Aircraft (LCA) Tejas will get the Final Operational Clearance (FOC) soon. Tejas is a supersonic fourth generation fighter for induction in the Indian Air Force (IAF) fleet. The multirole fighter aircraft’s variant for the Indian Navy is designed and developed by DRDO’s Aeronautical Development Agency (ADA) and built by the Hindustan Aeronautics Ltd (HAL). The clearance comes 18 years after the aircraft’s first prototype took shape.
Source and notes
Share this article