The Moment of Truth

Trump does not want to replay the Iraq war.

In world politics, things change very fast now. Yes, for days last week, one wondered if the US government was stumbling into a war with Iran. Now, reactions from all sides — including the EU, the US Republican and Democrat mainstream politics, as well as from Trump himself — show, that when faced with the real risk of a big war with Iran, the USA must back down.

We should all credit President Trump for not liking war.

While Trump’s rhetoric is riddled with war-like, “give money for military” and “pad the generals” remarks, the N.Korea experience coupled with Trump’s withdrawal of forces from Syria (though criticized even by liberal media) and last week’s dealings with Iran, has demonstrated that President Trump does not like wars.

Trump is a unique US president. Think about it again for a moment: A US president who really does not like wars...

Certainly, Trump has significant engagement with Israel. Personally, and through his first-daughter and first-son-in-law, Trump’s bonds to Israel are strong. So for a brief few days last week, one might contemplate, whether Trump would start a war for the sake of Israel. But no. President Trump does not want to go to war, not even for Israel.

We should all be happy. Be glad, that Donald Trump, and not Hillary Clinton, sits in the White House.

Hillary Clinton never refrained from supporting wars, and also when carrying out those wars in practice. Had Hillary Clinton been sitting in the White House, she would be speaking in a much softer and political correct voice than Trump, but by now Hillary would already have gotten the US into wars in the Middle East, starting from Syria.

So last week marked The Moment of Truth

Last week, even President Trump himself revealed fear, that his security advisor Bolton’s actions on Iran may be dangerous, and that stumbling an unprepared USA into an indefinitely long and extensive Iran-US confrontation would totally destroy Trump’s political future and legacy — including the US and global finance stability as well as relations with Europe, where the US would stand totally alone.

President Trump will now be cautious that Bolton does not drag President Trump and the USA into an unwanted and unprepared war. Bolton may still play some cards unknown to Trump, which may try to lock Trump on to a course of war, but Trump will be much better prepared not to be overtaken again.

Trump has foreseen great political gain, if only he could bend Iran without bloodshed. But he cannot. 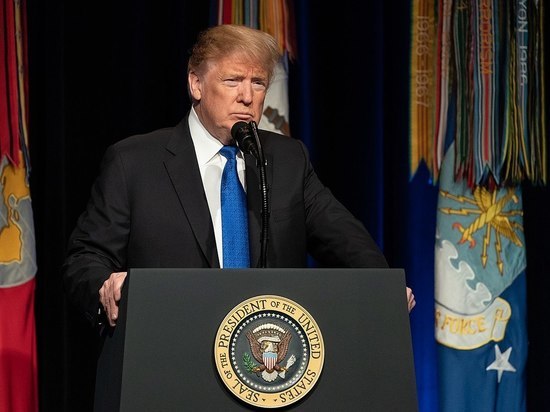 Last week, Trump recognized that, if this “game of chicken” the US is playing with Iran should trigger just one more, trillion-dollar worth, unprepared and yet-again un-winnable US-war (with oil-disruption and global financial crisis), it will fully destroy any even the slightest chance of Trump’s re-election.

Of course, let us not be naïve: more rounds of the US-Iran tensions — with shouting, hostile plans and movements, and situations of “close-to-war” — may take place, before President Trump finally recognizes that he cannot get his way with Iran. There can be replays with more nail-biting moments, perhaps even exchanges of fire, explosions, and crises at the Strait of Hormuz. But the USA does not want to be entangled in another fruitless large-scale war. In the end, the USA will give in to Iran.

The USA will simply have to start to mind its own business — which is basically completely in line with President Trump’s own ideas, as well as the ideas of the main-street Americans and a lot of intelligent non-establishment Americans, both left and right.

Contrary to what many well-known observers erroneously believe, what we see with President Trump and Iran is NOT a replay of the second Iraq war.

A deliberate war, like Bush II’s against Iraq, takes months of clear, determined build-up. With enormous logistics and shipping. With preparing the public for war. With diplomacy for troop-access and support in preparation. None of such military upstaging theatre has taken place under Trump. And with the possible exception of Bolton, everybody including Trump and Congress knows how costly and disastrous even Bush II’s militarily prepared Iraq-war became. Stumbling into such a war would be even more catastrophic for the USA.

Last week — faced with the real danger of a war with Iran, mainstream political USA were all-shaky hands.

The US removal of “non-emergency” personnel from the nearly the biggest US embassy in the world, Iraq, was a bluff of threatening “immediate strike”. And even an incredibly thick and unprofessional bluff. Instead of months of military build-up to support the bluff, the Administration came up with only one carrier group (Bush II tried to impress Iran with more carrier groups), a single pitiful B-52, and some hazy plans of US foot-soldiers inserted into the theatre.

Be sure that Iran, China, and Russia have all duly noticed such a weak bluff coming from the US.

Considering that an ostensibly competent former CIA-chief acts as Secretary of State of the biggest military machine in the world, the bluff was a very poor US stage-performance.

US power peaked long ago. Though the US still at least tries to cling to its former prestige, even with it withering fast now.

New “war-crises” will emerge, no doubt, but the US will be on retreat every time. The biggest risk is a miscalculation on the part of the US, or some unknown cards played by people like the US National Security Advisor Bolton. But even if Iran takes action in the Strait of Hormuz, the US will be forced to wind it down, leaving the US even more humiliated than before. The world really has changed like that.

From now on, the US foreign policy goes down — FAST — all over.

Iran, China, Russia, independence-seeking EU, and Turkey will all now push against the US. Followed promptly by Saudi Arabia, Egypt and other US allies refusing to rely solely on the USA for their safety and protection.

For Israel, my previous analyses will prove right. Long conflicts over the next decades with grind Israel into a fundamental change.

OTHER RECORDS
One State Will Remain — for All
Karsten Riise
Africa and Russia: Russia is important to make Africa The Place to be
Karsten Riise
Boris gearing up for General Elections in Fall of 2019
Karsten Riise
Tags
USA, Donald Trump, Security, Iraq