These are Russia’s Three Strategic Goals in Afghanistan

The US military’s symbolic withdrawal from Bagram Air Base, the largest in Afghanistan, shows how committed it is to abiding by President Joe Biden’s pledge to leave the country by September 11th. It also prompted questions about the interests of regional nations in a post-withdrawal Afghanistan. Russia has recently emerged as a diplomatic force in the conflict after pragmatically hosting the Taliban (banned by Moscow as a terrorist group) on a couple of occasions in order to facilitate the peace process. It also has security interests in Central Asia, particularly because three of the region’s nations – Kazakhstan, Kyrgyzstan, and Tajikistan – are members of the Moscow-led Collective Security Treaty Organization (CSTO), a mutual defense pact. 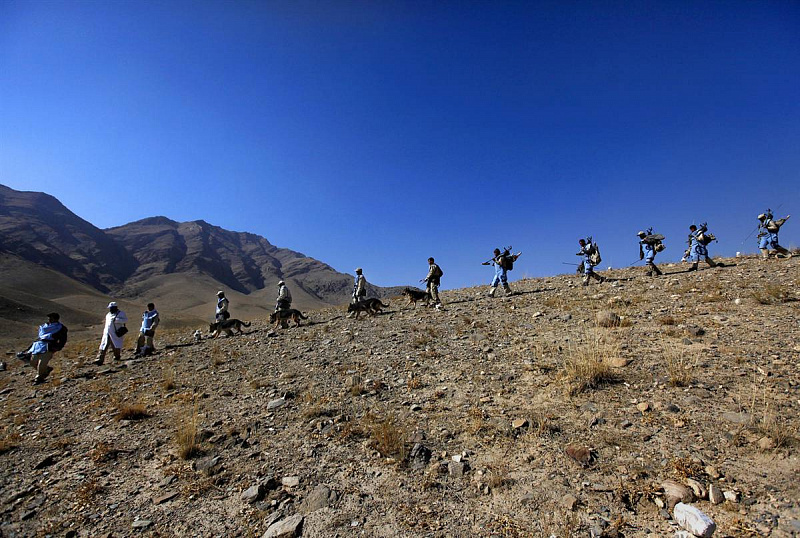 Dmitry Zhirnov, Russia’s Ambassador to Afghanistan, said late last month that “there is no immediate threat [to Russia] from the Taliban” because it is “not strong enough to seize the capital city or other big cities in the country.” Shortly thereafter, Vasily Nebenzia, Russia’s Permanent Representative at the UN, remarked that “a solution cannot be found without taking into account the fact that the Taliban has become a part of the political landscape of Afghanistan.” This was immediately followed by the Afghan National Security Advisor visiting Moscow to meet his Russian counterpart for consultations. The following day, Russian Foreign Minister Sergey Lavrov and Russian Special Presidential Envoy to Afghanistan Zamir Kabulov made important statements.

Mr. Lavrov warned against ISIS (banned by Moscow as a terrorist group) build-up in Northern Afghanistan, which he blamed on “the irresponsible behavior of some officials in Kabul and amid the hasty withdrawal of NATO”. Russia’s top diplomat went on to say that the “extended troika” of his country, China, Pakistan, and the U.S. will “seek to persuade political circles about the need to stop dragging out the negotiation process, and that agreements on a transitional government must be achieved.” As for Mr. Kabulov, he advised that the U.S.’ impending withdrawal should not result in the redeployment of American and NATO’s forces to Central Asia. The envoy also reaffirmed Russia’s desire to see the creation of a coalition government.

With these policy pronouncements in mind, it is clear to see that Russia’s immediate goals are related to its security interests. ISIS must not be allowed to continue its expansion in Afghanistan, especially since this could threaten Russia’s Central Asian allies. The prolonged civil war in the country distracts Kabul and the Taliban from containing that much more dangerous terrorist threat. That is why Russia wants those two to come together to create a coalition government so that they can focus their efforts on defeating ISIS instead of fighting one another. If a political resolution to the civil war results in stabilizing the security situation there, then the regional stakeholders would hardly have to worry about a possible refugee influx.

Second on Russia’s list of priorities is its desire not to see the U.S. redeploy its forces anywhere else in the region upon its impending withdrawal from Afghanistan. Pakistani Prime Minister Imran Khan earlier made it clear that he will “absolutely not” allow the U.S. to set up military bases in his country. Since America can’t rely on its traditional partner anymore—since Pakistan recently began behaving much more independently in its foreign policy—its only fallback plan is to try to reach out to the Central Asian Republics within Russia’s so-called “sphere of influence”. Nevertheless, because they fall within one of Russia’s most direct regions of concern, the U.S. might not succeed in this respect either. If any state decides to host them, this will complicate ties with Moscow.

The third priority is to sustainably ensure Afghanistan’s long-term stability, which is very difficult to achieve since its future is so uncertain. In any case, this cause could be advanced by considering its formal membership in the Shanghai Cooperation Organization (SCO) as well as attracting more foreign investment into its rare earth mineral industry that is predicted to be worth up to $3 trillion. Even so, Afghanistan’s resource wealth might be meaningless for the vast majority of its largely impoverished population if it is not distributed among them as equitably as possible. Whichever political force or arrangement thereof that ends up in power in Kabul will have to formulate relevant policies in order to accomplish this. They will also have to closely guard against corruption.

Afghanistan’s most promising economic opportunity, however, is the trilateral railway that it agreed to build with Pakistan and Uzbekistan back in February that can casually be referred to as PAKAFUZ, after the first letters of each participating country’s name. This project would, in essence, fulfill President Putin’s vision articulated in October 2019 during his speech at the prestigious Valdai Club think tank for a North-South corridor stretching from the Arctic Ocean to the Indian Ocean via Siberia. In spirit, it would also represent the Northern expansion of the China-Pakistan Economic Corridor (CPEC), the flagship project of Beijing’s Belt & Road Initiative (BRI). Russian, Pakistani and Chinese connectivity interests therefore converge in Afghanistan.

Russia should thus seek to play a leading role in PAKAFUZ, perhaps by seeing whether its companies can participate in the construction of the project. In the very least, Moscow must begin planning to take advantage of this future corridor that might eventually stretch as far as India. That scenario was floated by Pakistani Chief of Army Staff (COAS) General Qamar Javed Bajwa in his speech at the inaugural Islamabad Security Dialogue in March. He said that “stable Indo-Pak relation is key to unlock the untapped potential of South and Central Asia by ensuring connectivity between East and West Asia.” A peaceful resolution to the decades-long Kashmir Conflict could therefore make this dream a reality, with Russia having the opportunity to offer its diplomatic services to facilitate it.

To summarize everything, Russia’s strategic goals in Afghanistan are several. They are, first and foremost, to contain the regional terrorist threats that might emanate from the country, which requires the establishment of a coalition government there to include the Taliban. Moscow must also stop Washington from setting up military bases in Central Asia. Only then can it concentrate on sustainably ensuring Afghanistan’s long-term stability, which can best be advanced through three means: admitting it into the SCO as a formal member; investing in its enormous mining industry; and participating in the PAKAFUZ project in order to pioneer a Central Asia-South Asia connectivity corridor through that country that might extend as far as India one day.