Evaluating Berlin’s position in diplomatic realm, Heiko Mass’ diplomatic conducts have been significantly encouraging. In comparison to his predecessor Sigmar Gabriel, Mass achieved a lot, while fighting for his impetus and momentum both home and abroad. As a junior member of the grand coalition, he has to encourage not only CDU’s conservative members but also the oppositional parties FDP, the Greens and especially AFD, to support his Modus operandi. 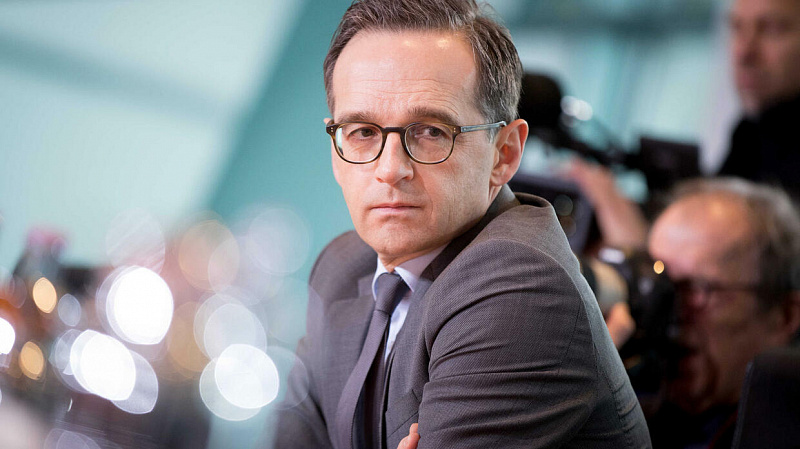 As a senior member of German diplomatic forum, he has shown the merit to elaborate Berlin’s stance in the global level. Mass strove to keep alive the Joint Comprehensive Plan of Action know as Iran’s nuclear deal. He was able to persuade Erdogan to keep Ankara-Brussel deal at place in order to avoid refugee and migration storming Europe.

He tirelessly struggled making Athens give up claiming war booty caused by Hitler throughout the Second World War, and the list goes on adhering to his or Berlin’s achievements. Moreover, numerous credits go to him, in precise he is my role model and paradigm in diplomatic enclave. Nonetheless, Germany came short in plentiful diplomatic occasions, in the face of immense engagement (politically, militarily, economically…) in Afghanistan, Germany is being shelved by the US in peace process and reconciliation due to Maas’ fragile diplomatic competence. Mass also turned blind eyes to the conflict between Armenia and Azerbaijan-turkey. However, the war took place between two camps the Christians and Islamic radicals, Germany could intervene in full-fledged diplomatic manner to avert both human and material losses.

Putin’s Russia ran into, to avoid bloodshed, but it was too late and too little. People succumbed due to unbalanced warfare, and Baku misused its natural resources to acquire deadly sophisticated weaponries to be installed in conflicting areas, consequently, it costed thousands of life and destruction, of which trauma will last for decades. With such course of actions, Russia merely attempted to cover its military technology’s disadvantages over Turkish and Israeli modern war machineries. We Afghans have a saying making a nose out of dough, in Afghan culture it implies, when one is defeated and still tries to hide his setback. Afghans say he/she is making dough-nose so did Moscow in Nagorno-Karabakh war.

This not the first time that Russian military technology crumbled against Turkish, Israeli or American war tools. They were eliminated amid conflicts in Syria, Iraq, and Afghanistan and most recently in Hindu-Pak border skirmish. Pakistan’s Washington made F16 entered the Indian no fly zone hunting a couple of Moscow manufactured Mig21 fighter jets, and in Libya Pro-Turkish Government locators crushing to zero intercepting Gen. Hafter’s Russian produced fighter jets.

Coming back to Heiko Mass’ dedications, during the marathon between motherland China and Hong Cong’s pro-democracy activists, Mass’ Berlin just kept low profile as if nothing happened. Furthermore, the country disregarded Beijing’s brutality and barbaric behavior against defenseless Uyghurs. The country ignored Chinese human rights record and the artificial engineering of Renminbi, as well as its fiscal and dumping policy. Since Germany is on the driving seat of Europe, many eyes turn to Berlin, to dilate its diplomatic muscles to prevent instability, conflicts and save humanity along with democratic credentials across the planet. In addition, Mass’ Germany could compel Moscow to give up supporting Alexander Lukashenko the so-called Belarus’ president, who relentlessly trounces peaceful protests and incarcerates democratic elements. Mass has never outspokenly criticized Moscow’s policy on persecution and prosecution of civil rights activists and political opponents of Kremlin.

Besides, on June the 8th 2018, Germany was elected as non-permanent member of United Nations Security Council and the country obtained the mandate to preserve peace and security in the global arena. Yet, Berlin deliberately sidelined the said disputes to please Moscow and Beijing with the intention of receiving green lights to become permanent member of the United Nation Security Council.

New Delhi has been endeavoring since a couple of decades to join the permanent members’ club; India is economically dynamic, the largest democracy, and has the second outnumbered population in the world. Secondly, India’s defense budget is appended more than Germany’s; Delhi’s defense budget is roughly $71.1 Billion, while Berlin’s is $ 50 Billion. Most importantly, India has military nuclear power and atomic warheads Germany has none. With the exception of China, India enjoys very good relationship with all permanent members of the UNSC, who could support India ingress in the club, but still India is estranged and alienated.

On the contrary, Germany’s aspiration of becoming permanent member could not be supported even by France the closest and strategic ally of the country let alone China and Russia. Albeit Heiko Mass has desperately tried enough in past two years, while holding a non-permanent seat at UNSC to convince the permanent members of the Security Council letting Berlin, join the club, down the road he faced disillusion.

According to the conventional rules, the permanent members of UNSC have divergent interests and common interests. Of course, they curb one another at different occasions, because each has national security priorities, which oppose the primacies of the other country. Despite all opposed interests that they have, they have also shared interest, which is to restraint other countries probably Germany joining the club of permanent members. Subsequently, I say Germany’s diplomacy hit the ground running, which signifies that Heiko Mass is to continue his activity with passion and energy and does not waste any time or white-collar Americans state, work vigorously and effectively from very beginning. It is possible for Germany to get permanent membership of the United Nations Security Council. As the beloved, bestowed and brilliant Chinese philosopher Mr. Lao-Tzu once said ‘’ A journey of a thousand miles begins with a single step’’.