Americans have faith in that people have the right to individual freedom, which asserts people are free to think, speak and act as long as they do not affront the freedom and rights of others. This is what John Locke said in 16 century, one’s freedom ends when the other’s freedom begins. He moved on and said the government is responsible to protect freedom and property of the individuals if not the government should be ousted. 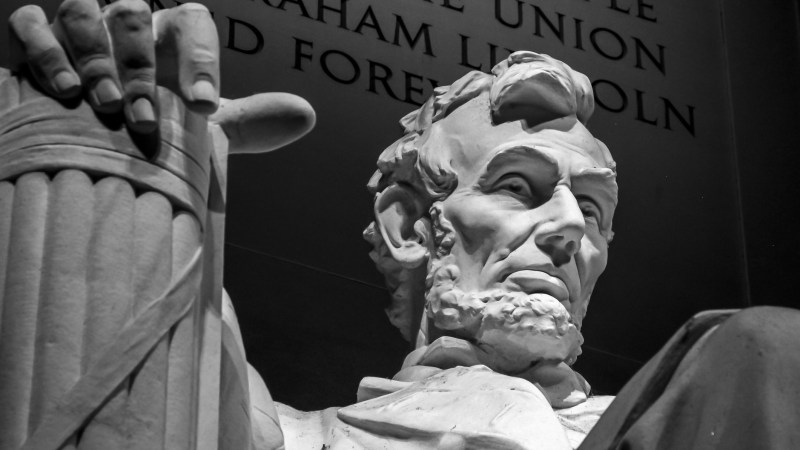 Self-government, which addresses the right of individuals to evaluate the conduct of the government and how it treats the citizens. As Abraham Lincoln said ``Government`` of the people, by the people and for the people, which definitely refers to a democratically elected body to reflect the wish of the people and their wellbeing.

Equality brings up equity, fairness and dignity to all people, although this value is a little bit controversial in the eyes of John Locke. He believed that equal people are not free and free people are not equal. He opposed the notion that all people earn and spend equally, which is not possible in a liberal society. His belief is if we claim the urgency that all people earn equally then freedom is disregarded. If we let the people grasp the essence of freedom, at that point they are no longer equal. Socio-economic philosophers say if we take the dogma of Karl Marx for granted that all people receive equally in order to uphold social justice. Nevertheless, we cannot make people spend equally, because the wishes, needs, requirements and prerequisites of the people are different.

In modern day, equality should state the equal opportunities for education, economic achievement, political contribution and a satisfying life. Last but least, individualism a commitment to advocate and sustain independence, private initiative, and personal economic growth. It proclaims that each individual must be on the driving seat of his/her own life and be in a position to make decision of his/her own irrespective to the guidance of the government or other individual or group of individuals. Come hell or high water in the aftermath of dictatorial and Kleptocratic regime led by Adolf Hitler, Americans in Germany also promoted American values. Germany adopted a new constitution; beginning with Human dignity is inviolable. It is the duty of all state authorities to respect it. The German people are therefore, committed to inviolable and inalienable rights as the basis of every human community, of peace and justice in the world. Admittedly, it in turn let German citizens prosper, be creative and joyful, and attain the crux of free and fair life. Nonetheless, these values require sustainable self-assurance, a readiness to strive and hard work.

Unlike Germany, America have been ignoring the American values both in economic and political arenas, since American economic system is based on free enterprises, which refers to an economic system, where private individuals, who own the factors of production, make the economic decisions. Therefore, such decisions could be sometimes harmful to interests of other fellow individuals living in the country. Reminding John Locke theory, he clearly stated the boundaries of others freedom must not snubbed.

Contrasting John Locke philosophy the American economic system is centered on Adam Smith theory, Smith wrote in his book titled An inquiry into the cause of the wealth of Nations. He explains in it how vast fortunes were being made by entrepreneurs, how the market economy operated, and what the benefits of economies of scale in production were. He also stressed the importance of factors of production. Moreover, he formulated theories about how the state should behave. Like the physiocrats, he believed in laissez-faire. Smith saw the market system acting as invisible hand, which leads people to pursue their own self-interests, and which also unintentionally produces the greatest benefit for the society as a whole in contrast to state intervention as best regulator.

On the contrary, German economic system is grounded on the theory of John Stuart Mill, Mill wrote Principle of Political Economy. He believed in a moderate amount of state intervention to redistribute wealth and a mild version of socialism but he was opposed to Karl Marx’s ideal of a communist state because of the danger to rights and freedom of individuals. To be frank German economic system is derived from Mill’s theory, which is called social market economy. A state ownership coupled with free enterprises, or a mixed economic system including a variety of private freedom combined with centralized economic planning and government regulation, which evolves a tendency towards a free enterprise economy.

In the political arena, the American values are largely disregarded by American themselves (politicians, policy drivers and the deep state) their values narrate America First and purely describe the interest of wealthy individuals, who like no limits and only beget money by hock or crock. Hence, the principle of liberty, self-government, equality and individualism are put on hold for decades.

Thus, an Occupy movement came in to being in 2012 with a political slogan we are the 99%. They spoke of 1% wealthiest American, who hijacked the wealth of the rest 99%, getting richer, and paying zero taxes, which largely reflects the income and wealth inequality in America.

The so-called 1% promote waging war strategies, produce deadliest weaponries, and sell those to the most brutal and barbaric regimes across the world, so that the 99% are paying the price for the blunder of a diminutive minority within the upper class of the American society.

In contrast to America luckily, there is no 1%, who could take over the 99% in Germany, however, many corporates disdain social responsibility and moral accountability. As far as German economic system converges, free market economy with the notion of social responsibility. According to the German constitution, the underlying principle of German economic policy refers to social market economy, which lays the basis for economic, social security, and a good quality of life in Germany.

The changing demands of global market place and the migration of economic center of power and future growth to the Asia-pacific region require involvement of German companies and investment, to be competitive, tangible and viable and meet the demands of buyers’ market.

Therefore, Daimler-Benz has recently decided to move part of its industry to China, which nevertheless has had backlashes both at home and abroad. The company sacked thousands of its employees, stating their occupations no longer exist, while Daimler wants to invest heavily in E-mobility in order to encounter the requirements of global market place.

The former workforces criticize Daimler for such course of actions, who claim the readiness to be re-trained (umshculung), with the aim of becoming competitive. The experts blame the company for handing over share of its business to China to produce batteries for E-vehicles. The experts compare Daimler with Tesla, who produces batteries themselves. They call it a historic failure committed by Daimler to create jobs oversee (China) and neglect home labor market.

China’s market and work place could be lucrative in term of low labor costs, less bureaucracy and paperwork but it has some implications, while China does not bound to any western values respected in western world. Beijing extensively suppresses the Uygur minorities, massively imprisoning and ghettoing, and stationing them at the arbitrary camps and even sterilize them.

Chinese leadership also tyrannizes the Tibetans, their spiritual leader lives in exile since decades, furthermore, the country’s leadership enormously bottled-up pro-democracy movement in Hong Cong and sentencing a five years imprisonment for the journalist unmasking covid-19 outbreak in China. In accordance with western intelligence, China is getting prepared to invade Taiwan some time in upcoming future. Additionally, at mega events like the 2008 Olympics or the 70th anniversary of People’s Republic last year, Beijing took the clouds from the sky. Now the leadership is announcing a massive expansion of the artificial weather modification program, which will definitely affect the regional countries and will cause drought, famine, displacement of the people due to lack of source of life and even it will cause mass migration to storm Europe.

Besides, Beijing has been conducting human testing on members of the PLA to develop soldiers with biologically enhanced capabilities reported top US intelligence officials. China has culminated all ethical boundaries, to multiply its political, economic and military power in the world.

The question raised just before the German companies why China and why now? Since Germans and German corporates are constitutionally required to obey human dignity, peace and freedom worldwide and they are socially responsible and morally accountable and politically adhered to the western values, which have no place in China.