Erdogan punches above his weight

Since months Turkish Lira losing its value and inflation is on the rise, the statistics shows that inflation increased from 8 percent by 17 percent and still climbs. According to the National Statistics Institute-Tüik, inflation jumped by 14.6 since 2020 and 17.84 % from the time when 2019. Turks have lost their reliance on Lira, so that people purchase foreign currency or gold, which in turn caused unemployment and capital fight. When venture capitalists avoid investing, it sparks unemployment subsequently, redundancy brings about less money spending and capital flow, ultimately, poverty and depression takes place. 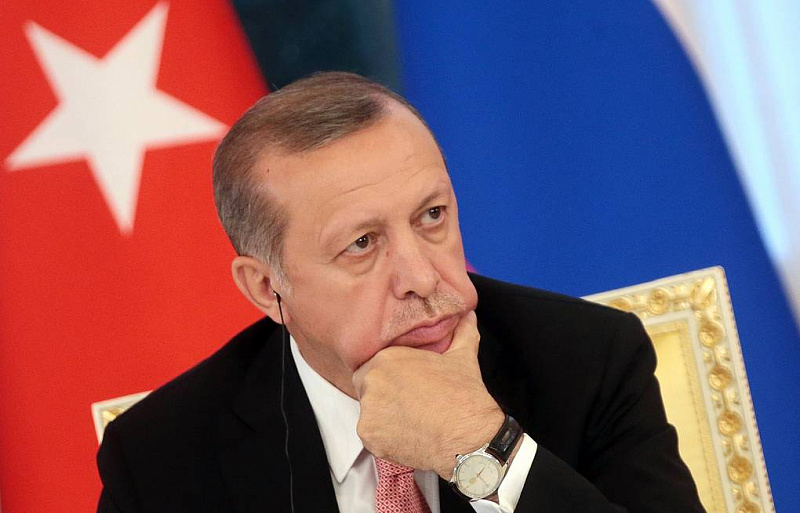 Erdogan attempted to fix the issue thru his monetary policy and fiscal measures, and he even reshuffled national financial institutions. Erdogan sacked finance minister and head of central bank in hope of deflation and economic recovery.

In order to ameliorate country’s Real GDP, Erdogan raised the prime interest rate, doubled gold reserves and began to sell collaterals. Despite Erdogan’s monetary measures, Turkish quarterly Nominal GDP signifies price increase and inflation escalation. One has better find the root cause for the economic stagnation in Turkey, in precise sluggish economic developments have not been effected due to fiscal policy, rather Erdogan’s politically motivated foreign and interior ambitious policies.

Erdogan’s imperialistic political ideology to ottomanize the world has had backlashes, as result most of the regional countries have distanced themselves from Turkey. In order to sponsor such a dogma, Ankara signed an agreement with Moscow to run Turk-stream a natural gas pipeline. Moreover, Erdogan’s Ankara launched drilling in offshores of Greek and Cyprus, and signed an exclusive agreement with Tripolis’ leadership to get access to the oilfield and natural resources of the country, which nurtured a possible full-scale war between Athens and Ankara. Meanwhile, Erdogan’s ambitions caused anger within European Union’s leaders, who warned Turkey with penalties and sanctions. Turkey’s acquisition of S-400 missile system form Russia not only infuriated its traditional ally the United States but also annoyed its fellows within the NATO club. In the aftermath of the purchase, Trump’s administration sanctioned Turkey on 14 December 2020, Ankara was dropped from F35 stealth fighters’ project, and the decades-long history of productive defense cooperation between the countries demised.

Erdogan has joined Chinese Belt and Road Initiative, and he recently signed an extradition covenant to deport Uyghurs and Beijing’s criticizers to China, whereby they face death penalties and capital punishment. Erdogan’s sponsorship of Turkish enunciated minorities not only defamed Turkey in Afghanistan, but also in most of east European countries.

Turkey’s military and financial support to HAMAS (Palestinian Radica Islamic Movement) exasperated Israel, which has been in turn counter-productive, triggering face-off between Ankara and Jerusalem. Turkish military intervention in both Azerbaijan and Libya led adversary between Ankara and Moscow. Erdogan’s fundamental Islamic hegemony (Muslim Brotherhood) instigated rift between Ankara and Riad and its allies, who sponsor the ideal of Salafism, consequently, most of the gulf countries removed Turkish products from their ranges and excessively complicated Ankara’s access to the regional markets. Ankara has recently agreed to finance and train Pakistan’s backed mercenaries and militants in Kashmir to fight Indian army in the region, which put Ankara at diplomatic, political and economic standoff with New Delhi.

Erdogan’s support to the Muslim Brotherhood in Egypt ramified Ankara from Cairo, which minimizes Turkish entree to Suez-Canal. Accordingly, Erdogan has drawn a political, military and economic buffer zone all around the country.

If we put all pieces together, it will eventuate a conclusion that Erdogan punches above his weight. Erdogan’s monetary policy and populistic dogma cannot handle Turkey’s grimy economic situation and inflation, relatively a profound strategic shift in policy within internal and external realms of the country can rescue Ankara from total collapse.

Additionally, thru populist rhetoric and national-populism, he hits below the belt. Since Turkish lethargic economy cannot bear the burden of neo-ottmanism and tans-national Islamic fundamentalism as well as cross-border terrorism.