Annergret Kramp-Karrenbauer and her revolutionary foreign policy objectives for Germany

The country supposed to remain neutral and not to follow a self-determining foreign policy. The country’s foreign policy objectives have been chosen and dictated by Uncle Sam and Germany ought to pursue the footsteps of NATO in general and the United States in particular. Since, AKK turn out to be the leader of CDU a predominant political party of Germany and the defense minister, she is committed to announce a U-turn in the foreign policy of Germany, “however political observers believe that she violates the rules and acts beyond her jurisdiction, because any stride in the domain of foreign policy should be verified and ratified by the German parliament and ought to be implemented by the ministry of foreign affairs” moreover, for the first time in the entire recent history of the country, she transpired to call for strategic sovereignty. 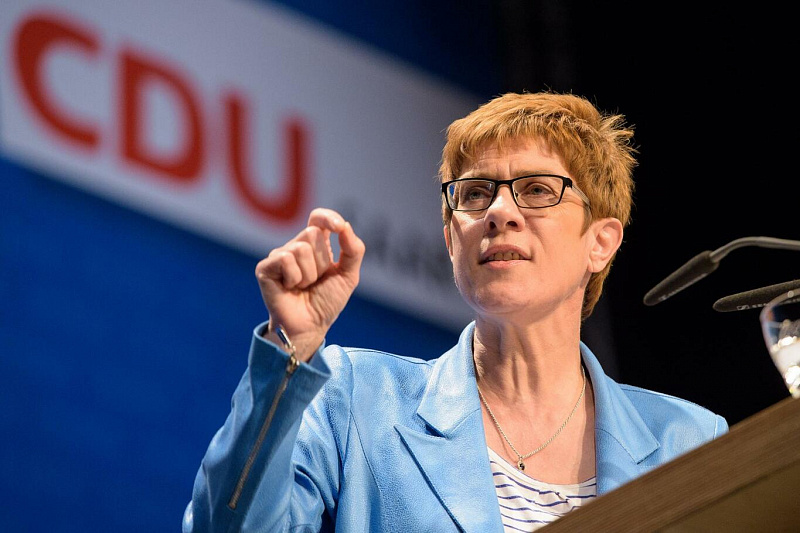 She wants to expand the foreign deployment of German soldiers, according to the reports; such a revolutionary step could mean the accompaniment of military operation. AKK also craves to extend the use of army abroad. The defense force plans to train soldiers in Mali, in addition to the deployment of a German frigate in South China Sea, in the strait between Taiwan and the Chinese mainland, in order to defend the strategic interests of Germany overseas. Although, the Chancellor’s office opts not to push ahead with such a deployment, arguing it could burden the relation of Germany with China.

Lately AKK proposed an international security zone with German military participation in the northern Syria, which seeks to be another diversification in the German foreign policy. However her generous motive followed back clashes, both inside and outside the country. Foreign minister Heiko Josef Maas strongly criticized her intent as a meddling factor in the foreign policy of German, of which objectives should be portrayed by foreign ministry not by defense ministry.

AKK newly announced, that Germany pledges to reach the NATO spending goal of 2 percent of economic output. This could be another major sign of German military engagement towards preserving the country’s strategic interests.

The unauthorized decisions of Trump and Erdogan in Syria, whose counties are the key members of the NATO could lead to subvert the foundation of the NATO treaty. When, in April 1949, 12 states joined on both sides of Atlantic to form the NATO defense alliance, they immediately stated one in the preamble to unite their efforts for common defense and for the maintenance of “peace and security”. According to the motto; single-handedness should be avoided. It is said, we are strong only when we are together. In fact, the NATO partners in the cold war generally followed their promises to confront former Soviet Union, which was supposed to be the number one geo-political adversary to the NATO.

But in our day, the cracks are emerging, while Turkey despite the warnings of the NATO other members, decided to reach a deal with Russia to purchase Russian made S-400 defense system. Furthermore, the country against the will of other NATO members launched offensive in northern Syria.

It seems that Turkish president’s cooperation with the NATO’s geo-strategic opponent was more important, than its western allies. It alerts NATO, that it loses one of its key geo-strategic partners, and the absence of Turkey from NATO causes to weaken NATO’s role on the Bosporus.

Additionally, Trump’s America another chief member of NATO, unilaterally decided to pull back 2000 troops from Syria, bringing a sudden end to a military campaign that largely vanquished the IS but ceding a strategically vital country to Russia and Iran. Moreover, Trump’s one-sided termination of JCPOA and annihilation of INF treaty without confirmation of the other members of NATO has put the NATO on the brink of a nuclear arms race in the Middle East and Europe.