Is Oil-And-Gas Friendship Possible Between Russia and Saudi Arabia?

Expert at the Institute of the Middle East, graduate of International Institute of Energy Policy and Diplomacy at MGIMO

Following the drop in oil prices and the souring of US-Saudi relations, there have been increasing signals of rapprochement between Russia and Saudi Arabia. Both countries' senior representatives have been voicing intentions to strengthen energy cooperation. Could this lead to a new oil-and-gas friendship?

Following the drop in oil prices and the souring of US-Saudi relations, there have been increasing signals of rapprochement between Russia and Saudi Arabia. Both countries' senior representatives have been voicing intentions to strengthen energy cooperation. Could this lead to a new oil-and-gas friendship?

Judging from the agreements reached recently between Saudi Arabia and Russia, the two countries' moves towards closer cooperation are driven by a desire to stabilise the global oil market. This, however, brings up two important questions: 1) whether such cooperation between the two competing countries is even possible and 2) whether it is worth trying to influence the oil market. The answers to both questions will lead one to take a sceptical view of the prospects for a Russian-Saudi energy partnership.

To begin with, the possibility of Russia working with OPEC as a whole is fairly low, since that organisation is beset by internal dissent. The primary line of confrontation lies between Saudi Arabia's position, advocating a freeze on oil production, and the plans by Iran and Iraq to increase output. It was the Saudis' unwillingness to agree a freeze unless Iran joined the agreement that scuppered the Doha talks in April 2016. A similar result likely awaits the OPEC meeting on 30 November, at which the member nations are hoping to agree on individual production quotas and a freeze date.

In the foreseeable future, global crude output is set to grow not because of Russian or Saudi production but rather thanks to Iraq, Iran and possibly also Libya and Nigeria.

Russia's cooperation with Saudi Arabia bypassing OPEC appears ineffective. The two countries' combined crude output amounts to just 22% of global production [1]; cutting back production would not achieve much, while losing them their market share. Moreover, in the foreseeable future, global crude output is set to grow not because of Russian or Saudi production but rather thanks to Iraq, Iran and possibly also Libya and Nigeria. The US shale oil factor should not be disregarded either.

Second and perhaps more importantly, gone are the days when OPEC could influence the oil prices to any significant extent, either single-handedly or in concert with other exporters. Even if OPEC and Russia now go with the output freeze, the possibility of this being very low, the impact on the market will be minimal. If crude prices rise above $50 to $60, this will put US shale oil back on the agenda, resulting in another price drop. Shale oil production technology is no longer prohibitively expensive and this process is irreversible. Attempts by exporting countries to drive prices up by cutting output are, in effect, driven by their desire to mitigate the impact of inevitable change. Traditional oil producers are trying to resist progress and the result of these attempts is easy to predict. 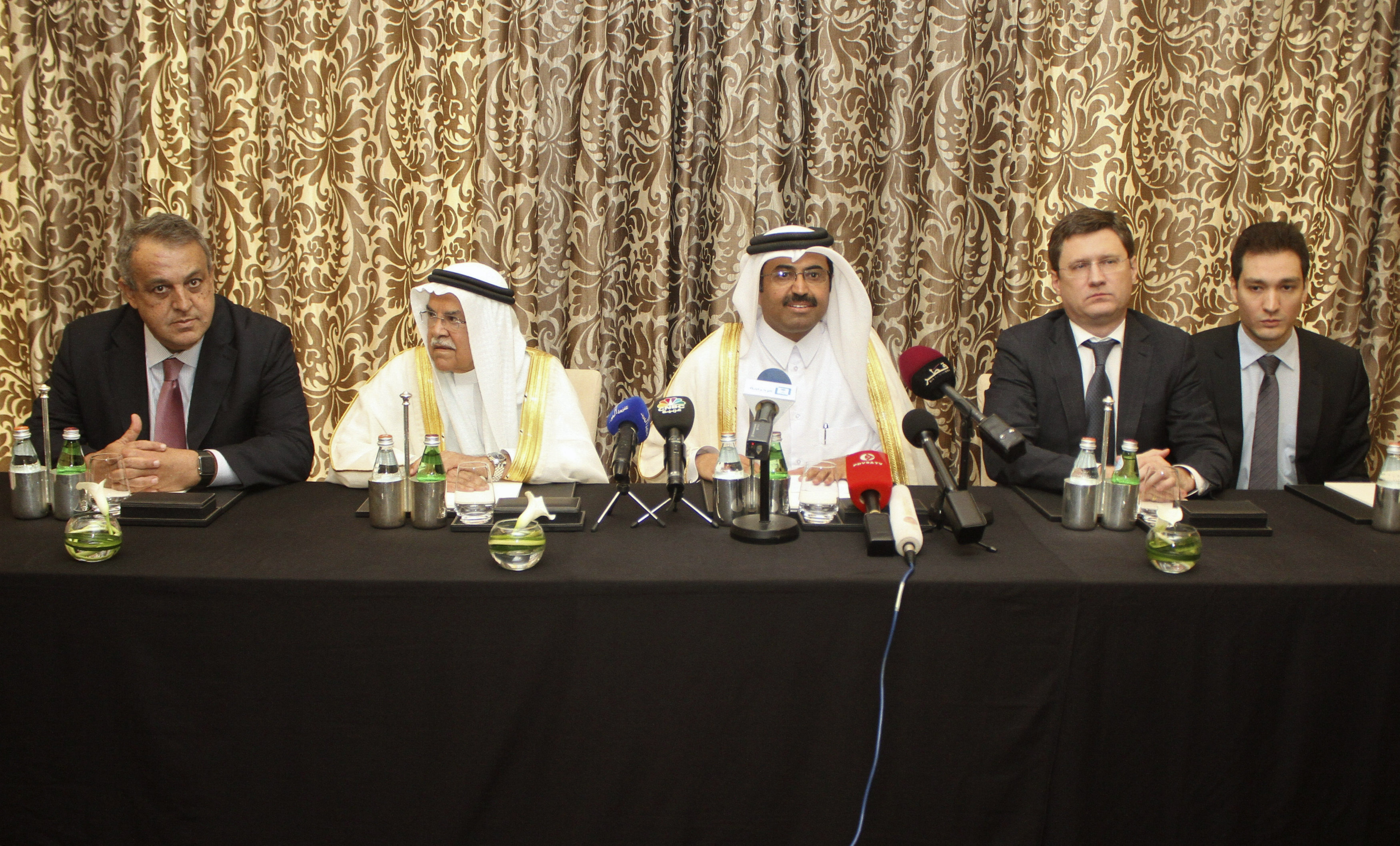 Another negative factor affecting Russian-Saudi relations is the two countries’ growing competition on energy markets. In the past year, their rivalry has escalated in both Europe and China. In 2016, Saudi Arabia began exporting crude to Polish, Lithuanian and Czech refineries, while Russia, following the launch of the Eastern Siberia - Pacific Ocean (ESPO) pipeline, became a key oil supplier to China. Despite the ongoing calls for an output freeze, Saudi Arabia and its OPEC partners have been offering generous discounts to Asian and European customers, which pits them squarely against Russia on these markets.

Oil-and-gas cooperation is also possible in the form of investments and technology exchange. Yet this format does not fit the bill in our case. Saudi Arabia and Russia have similar problems and seek similar solutions: the two countries both need oil dollars, investments and new technology. Russia is in no position to offer any advanced oil- and gas-extraction solutions that would interest Saudi Arabia (such as shale oil development technology). 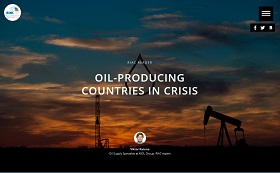 
USA despite the recent worsening in bilateral relations with Saudi Arabia, will remain Riyadh's key strategic partner, no matter how much Russia would like the opposite to be true.

The Saudi economy is currently dominated by two major trends. First, the country continues with an all-out promotion campaign for its ambitious Saudi Vision 2030 strategy of economic reforms. The strategy is aimed at overhauling the Saudi economic structure and lowering the country's dependence on crude production and exports. Its main proponent, extremely influential Second Deputy Prime Minister Mohammad bin Salman Al Saud, has spent the last six months visiting numerous countries with a roadshow to encourage investment in the new Saudi projects. The visits to the USA and China topped his agenda, as did talks with Japanese and South Korean representatives. Talks with Russia came later, for obvious economic reasons, this indicating how Saudi Arabia assesses the Russian investment potential.

The second economic trend is that, despite budget constraints, Saudi Arabia is continuing to invest in projects to increase the share of natural gas in the national energy balance (1, 2). This is essential for freeing up larger volumes of export crude (Saudi Arabia currently consumes over 25% of the oil it produces). Gas cooperation could turn out to be a more promising aspect of long-term cooperation. Russia could organise supplies of liquefied natural gas (LNG) to Saudi Arabia, along the lines of its current exports to other countries. Furthermore, Russia has recently signed a memorandum of understanding on LNG with Bahrain, which is Saudi Arabia's closest neighbour. According to earlier reports, Russia and Bahrain were looking into the possibility of building an LNG receiving terminal in that Middle Eastern country. If constructed, the facility could be used for exporting LNG not just to Bahrain but also to neighbouring countries. Saudi Arabia's geographical proximity to Bahrain, as well as the established energy ties between the two states, increases the probability of such a project. 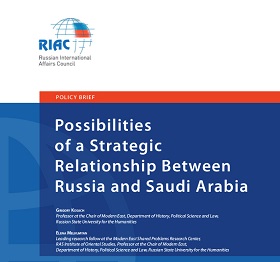 There are, however, several other negative factors that might impact on Russian-Saudi cooperation. Energy is a strategic sector for both countries, as well as for the other market players, which will always impact on Russian-Saudi relations. The most important such player is the USA, which, despite the recent worsening in bilateral relations with Saudi Arabia, will remain Riyadh's key strategic partner, no matter how much Russia would like the opposite to be true.

In addition, Russia and Saudi Arabia hold opposing stances on Iran. Tehran, Riyadh's main rival in the region, is more than a historic partner to Moscow. The recent easing of international sanctions has made Iran much more appealing to Russian investors. Russian companies are in active talks over their involvement in Iranian hydrocarbon prospecting, production and processing projects (1; 2). In contrast to the Saudi case, Russia's cooperation potential well meets the Iranian energy sector's demands.

It is possible that, rather than reflecting the two countries' enthusiasm about the prospects for economic partnership, their excessively insistent statements are being made for the benefit of third countries and domestic audiences.

This does not mean that Russia's work with Iran precludes cooperation with Saudi Arabia. Even so, with investment programmes shrinking in all the oil exporting countries and with the existing strategic contradictions between Saudi Arabia and Russia, Moscow will find working with the two Middle Eastern countries at once to be an extremely difficult balancing act.

The oil-and-gas cooperation plans recently announced by Russia and Saudi Arabia may sound like part of a rapprochement trend. Yet one should not expect too much from this rhetoric. It is possible that, rather than reflecting the two countries' enthusiasm about the prospects for economic partnership, their excessively insistent statements are being made for the benefit of third countries and domestic audiences. The idea might be to put the former on high alert over the possibility of a new alliance, while reassuring the latter that their respective countries have important new partners. We may, therefore, assume that the recent intensification of Russian-Saudi energy dialogue is nothing more than a forced temporary friendship.