On December 2, 2015 the EU and Vietnam signed a joint statement officially concluding negotiations over the EU-Vietnam Free Trade Agreement. For Vietnam, this document will be a sound ending to a Free Trade Year of sorts: in 2015, similar agreements were signed with the EEU and South Korea not to mention the TPP. Observers are disputing the potential benefits of this binge signing of free trade agreements, but there is little doubt that this strategy is a product certain economic and political logic.

On December 2, 2015 the European Union and Vietnam signed a joint statement officially concluding negotiations over the EU-Vietnam Free Trade Agreement (EVFTA). For Vietnam, this document will be a sound ending to a Free Trade Year of sorts: in 2015, similar agreements were signed with the Eurasian Economic Union (EEU) and South Korea not to mention the Trans-Pacific Partnership Agreement (TPP). Observers are disputing the potential benefits of this binge signing of free trade agreements, but there is little doubt that this strategy is a product certain economic and political logic.

European officials call the concluded EVFTA unprecedented in scope and scale for a developing country. Tariff barriers will be reduced or lifted for 99 percent of the lines. For Europe, the most important of these include machinery and equipment, vehicles, auto parts, and some agricultural products. As for Vietnamese firms, clothing and footwear manufacturers will reap the full benefits. The parties expect the document to come into force in early 2018: most import duties will be eliminated immediately, while the remaining duties will be removed over a period of up to 10 years. The EU emphasizes that the free trade agreement with Vietnam is a stepping stone towards free trade with the whole Association of South East Asian Nations (ASEAN). Previously, a similar agreement was reached with Singapore. 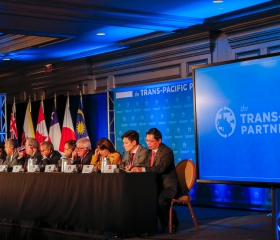 Since trade in goods facilitation is the trend of the season and thus rarely comes as a surprise, other provisions of the Agreement perhaps present more interest. The parties have also agreed on technical barriers, sanitary and phytosanitary standards, and rules of origin. European companies will be able to participate in state contracts, including infrastructure projects, from many government agencies, such as the Hanoi and Ho Chi Minh City administrations, hospitals, ministries and even state corporations.

Furthermore, regulations will apply to trade in services and to state corporations. The provisions of the EU-Vietnam Free Trade Agreement will oblige the parties to comply with intellectual property rights that are far more stringent than the ones found in the TRIPS Agreement (the basic WTO document laying down standards for intellectual property rights protection). Establishing a permanent arbitration body for settling investment disputes is the most important agreement among those on the development of investment cooperation.

European negotiators have managed to include several important provisions into the agreement that are not directly related to economic and trade cooperation per se. For one thing, this pertains to a series of commitments to comply with all labor standards, early possible adoption of all ILO conventions, as well as a section of provisions on environmental protection and sustainable development. The Agreement also provides for domestic and international mechanisms of consultation with civil society actors on these issues.

The EU emphasizes that the free trade agreement with Vietnam is a stepping stone towards free trade with the whole Association of South East Asian Nations (ASEAN).

Secondly, the European Union managed to bind free trade with the Partnership and Cooperation Agreement (PCA) of 2012. This document states that respect for human rights and democratic progress in Vietnam are an essential part of bilateral cooperation. Supplementary EU documents imply that it actually gives Brussels the right to make implementation of the free-trade agreement conditional on the political behavior of the Vietnamese leadership to the point of suspending the FTA.

In terms of scope, the EU-Vietnam Free Trade Agreement is similar to the one with the EEU. The TPP Agreement is also widely known for its provisions that go far beyond the sphere of trade. In the same year, Vietnam established a FTA with South Korea; this FTA appears to be more “traditional,” but is no less important, due to the top position of Korean business in the Vietnamese foreign investment market. The fact that the ASEAN Economic Community (AEC) was officially launched on November 22, 2015 should not be neglected either. 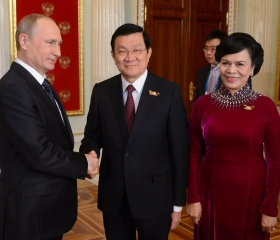 All of these initiatives testify to the Vietnamese leadership's desire to support the integration of the country into the global economy through concrete steps. This policy is designed to achieve several goals. Firstly, this relates to the expansion of export markets in order to obtain foreign currency earnings. The second goal is the diversification of product markets and import sources in order to lessen economic dependence on China. Thirdly, the Vietnamese side hopes that the free trade agreements will help to attract more foreign investments, which are necessary for gaining access to new technologies and for accelerating the privatization of the inefficient state sector. Indeed, the disbursement of foreign investment in Vietnam is growing: in 2015 it is expected to reach a record 14 billion dollars.

However, the real impact of the free-trade agreements on the Vietnamese economy is still uncertain. Concerns have been voiced that 2016 is too early to expect numerous free trade areas to bear fruit. Moreover, many industries will have to compete with more experienced and often more efficient foreign companies. This is particularly true for such industries as steel production and agriculture.

Market mentality dominates the Vietnamese political leadership’s thinking today, and the need to continue renovation reforms is one of the consensus issues among the country’s ruling class.

Difficulties may also arise from the overlapping application of various agreements. Firms have the right to choose their trade regime, but in certain cases the choice may be quite a challenge: one agreement may provide for a lower tariff, while another for more favorable rules of origin. For example, trade relations between Vietnam and Japan are regulated by three different FTAs.

At the same time, development of competition my well be one of the objectives of Vietnam’s free trade spree. Market mentality dominates the Vietnamese political leadership’s thinking today, and the need to continue renovation reforms is one of the consensus issues among the country’s ruling class. The crisis that had hit SOEs in the late 2000s and early 2010s showed that wrapping business in cotton wool hinders the development of its efficiency and makes it uncompetitive. The establishment of most free trade areas involves transition periods, and the government hopes that this will allow national companies to adapt to a more competitive environment. 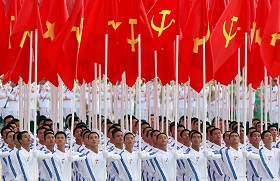 Anton Tsvetov:
Survival of the Fittest:
Can Communists Lead Vietnam to Success?

This accelerated economic integration of Vietnam has a political rationale as well. With the maintained continuity of the Vietnamese political elites in mind, the developments of the twentieth century have made Vietnam somewhat allergic to great powers. In the past century none of the major powers proved to be a sufficiently reliable partner for Vietnam (both North and South). In 1979 China attacked a reunified Vietnam (Sino-Vietnamese War); in the second half of the 80s the Soviet Union could no longer afford to provide necessary assistance to Vietnam; and as for the United States, it failed to save South Vietnam from defeat. This lesson has been learned: major global powers are unreliable as permanent political partners.

Trivial as it may sound, Vietnam sees solutions for the problems it faces in the diversification of its ties and in creating a wide network of economic partnerships. Sharp statements on territorial disputes with China aside, contemporary Vietnam faces no serious threat to its political existence. The main threat that the ruling Communist Party may face is the loss of development momentum and of economic independence. Inspired by the South Korean success story, the Vietnamese leaders have set the task of building up a powerful national business that is able to survive in the global market, create jobs and pay taxes, aiding the development of the poorer regions of the country.

The main threat that the ruling Communist Party may face is the loss of development momentum and of economic independence.

Perhaps, the Communist Party of Vietnam will present its response to the challenges at hand at the 12th Congress to be held at the beginning of in early 2016. This congress will have to place a great deal of focus on the structural changes in the Vietnamese economy and to specify new substantial steps to update Vietnam’s growth model. Numerous free trade agreements will play an important role in this strategy, while the future offers an opportunity to see through the example of Vietnam, which of these documents will turn out to be the most sustainable and which models of modern free trade will be a success.