The Year 2023: A Feast of Common Misfortune

It doesn’t take one to be a Nostradamus to predict the general trends in international affairs for 2023 with certainty. This year will be difficult, turbulent and dangerous for all the actors in global politics. In what particular ways, though? What risks are most likely to transpire? Looking back on a multitude of challenging problems we inherited from 2022, we’ll try to highlight those that could be the most devastating for the international system over the next 12 months.

It seems almost inevitable that some of the above-listed negative developments will prove real this year, whether in one form or another, and their cumulative effect will be greater for global affairs than their simple sum. Should two or three of the 15 “horror scenarios” become a reality, the system will probably manage them. But if there are seven-eight of those or more, we might see a chain reaction with the world order collapsing, something that was much bandied about last year. In this case, 2024 will be even more challenging, turbulent and dangerous than this year.

It doesn’t take one to be a Nostradamus to predict the general trends in international affairs for 2023 with certainty. This year will be difficult, turbulent and dangerous for all the actors in global politics. In what particular ways, though? What risks are most likely to transpire? Looking back on a multitude of challenging problems we inherited from 2022, we’ll try to highlight those that could be the most devastating for the international system over the next 12 months.

1. Escalation of the Russian-Ukrainian conflict. Even if we put aside the threat of a nuclear clash between Russia and the United States, the set of scenarios for a possible escalation remains formidable. These include one of the parties determined to launch major offensive operations, the Ukrainian military’s willingness to move hostilities deeper into Russia’s territory, deliveries of new, more effective weapons systems to Ukraine by Western partners, and the direct involvement of one or more NATO member states in the conflict (for example, by attempting to establish a “no-fly zone” over parts of Ukrainian territory). Any such scenario might have unpredictable but undoubtedly dire consequences—not only for the immediate participants in the conflict but also for the international system as a whole. 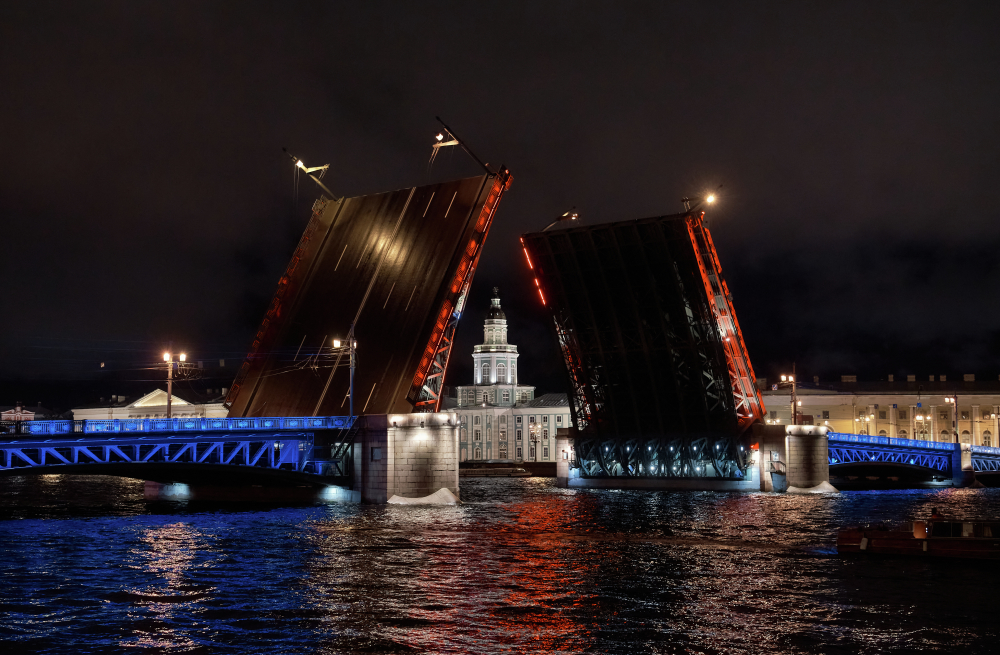 2. U.S.-China clash over Taiwan. The U.S.-China tensions have continued to escalate over the past year, peaking in the scandalous visit of the former U.S. House Speaker Nancy Pelosi to Taiwan in August. Beijing responded with unprecedented military exercises in the Taiwan Strait and violations of the existing informal “median demarcation line”. Although the tensions somewhat eased after Chinese and American leaders met on the sidelines of the G20 summit in Indonesia, the prospect of a new escalation cannot be ruled out. The global implications of the conflict over Taiwan would be no less, and probably even more significant, than those of the Russia-Ukraine conflict.

4. Breakdown of the U.S.-Russia START talks. The coming year could be crucial for the fate of the U.S.-Russian bilateral strategic arms control. START III—the last remaining agreement between Moscow and Washington—expires in just three years, leaving critically little time for a new deal to be negotiated. Especially since the two sides are fundamentally at odds on what a future agreement should include. The cancellation of the Bilateral Consultative Commission meeting, scheduled for late November/early December 2022 in Cairo, attests to the difficulties of even kickstarting a meaningful dialogue on these critical issues in the current environment.

5. Escalation in South Caucasus. The trilateral agreement between Azerbaijan, Armenia and Russia signed in November 2020, as well as Russian peacekeepers allowed to freeze the conflict, have not yet brought about the conflict’s final resolution. Today, tensions remain both in Nagorno-Karabakh and along the Armenian-Azerbaijani border. A new outbreak of hostilities looks more than real—especially unless there is at least limited progress in fostering political settlement within a year. Another round of escalation would bear serious repercussions for Russia and the CSTO, possibly leading to the intervention of third countries in the conflict.

6. Unrest in the Sahel. Over the past three years, Burkina Faso and Mali have seen a total of four coups d’état. Ethnic and sectarian antagonisms have aggravated, jihadist groups have become more active and internal migration has risen sharply. The situation is not much better in the neighboring Niger, where an attempted coup d’état was the case in the spring of 2021. France, a country that traditionally acted as a guarantor of security in the Sahel, is winding down its military presence in the region. The possible collapse of one or more states this year would inevitably have a long-term devastating impact upon the entire African continent.

7. Civil war restarted in Ethiopia. The two-year military confrontation between Addis Ababa and Ethiopia’s northern province of Tigray has been one of the bloodiest conflicts in this century, with a death toll standing at least at half a million people. Last November, first in Pretoria and then in Nairobi, cease-fire agreements were signed. Both the federal government and the separatists, however, have been slow to fulfill their obligations under the agreements. Eritrea, which had been involved in the conflict on the side of the federal government, also appears to have delayed its withdrawal from Tigray. In addition, a number of persistent inter-state issues plague the Horn of Africa and its neighborhood, including territorial disputes, cross-border migrations and a competition for resources. All of these increase the likelihood of various conflicts in East Africa this year.

8. Humanitarian disaster in Yemen. Last spring, there seemed to be a chance for putting an end to the long-running civil conflict in Yemen, complicated by the involvement of Saudi Arabia, the UAE and Iran. In April, a two-month cease-fire agreement was reached under UN auspices, which was since extended twice. However, the negotiations were broken off in October, and all parties to the conflict currently appear to be preparing for a new round of military confrontation. This round may get underway at any moment, which would undoubtedly aggravate the humanitarian situation in Yemen, threatening Saudi oil exports and further complicating relations between Saudi Arabia and Iran.

9. Failed state-building in Libya. The country entered 2023 with dual power. The parliamentary and presidential elections scheduled for the end of 2021 never took place: six months ago, the streets of Tripoli saw clashes between opposing political factions, and all efforts of the international community towards national reconciliation proved futile. The long-awaited elections are now scheduled for August-September 2023. In case state-building in the long-suffering Libya fails again, a new round of the endless civil war will probably commence, which will not be limited to Libya alone, rather affecting the entire Eastern Mediterranean and North Africa to a greater or lesser extent.

10. Escalation in Syria. As in Libya, civil war has been raging in Syria for 12 years, with no real chance for a sustainable political settlement in the near future. The situation is complicated by the fact that foreign armed forces have been operating in the Syrian soil for quite some time, including without the explicit consent of Damascus to their presence. The number of negative scenarios for the development of the situation is scary: a large-scale Turkish operation against the Syrian Kurds, ongoing attacks of Islamic fundamentalists from the territory of Idlib Province, rising intensity of Israeli-Iranian confrontation in Syria, not to mention the deepening economic crisis in the country.

11. Afghanistan turned a “failed state”. The past year did not confirm the gloomiest predictions: Afghanistan did not become a “failed state,” while the new authorities did not provoke an exodus of millions of Afghans from the country and did not declare jihad on the neighboring states. But there is no guarantee that 2023 will be as relatively peaceful as the past year. Socioeconomic problems keep piling up, relations with the country’s neighbors, including Tajikistan, Iran and Pakistan, are difficult to build, and a “streak of diplomatic recognitions” of the new Kabul regime is not yet in sight. One cannot rule out the possibility of growing internal instability in Afghanistan with numerous negative consequences, both for the Afghans and for the neighboring nations in South and Central Asia. 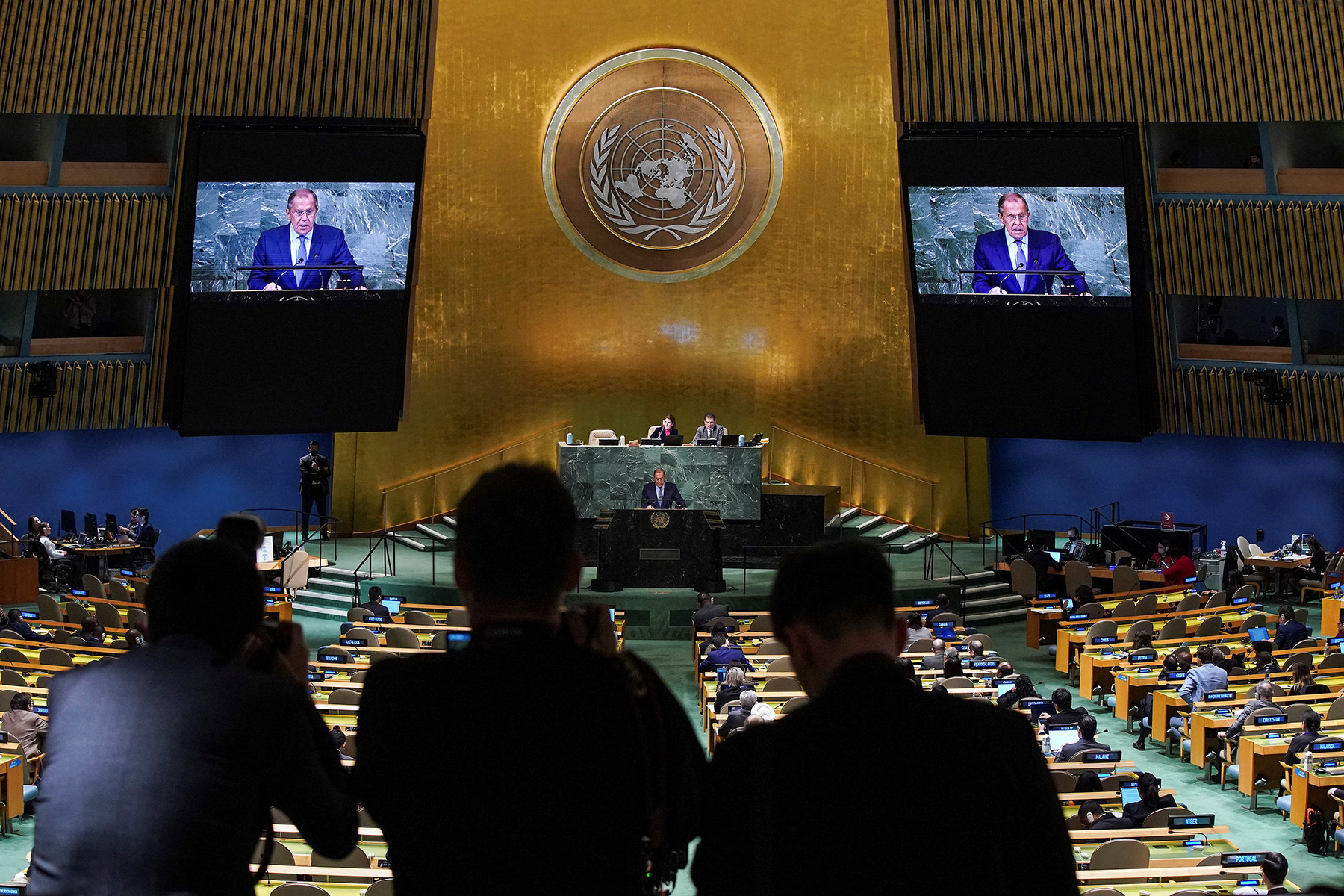 12. The Sino-Indian clash in the Himalayas. The significant Indian-Chinese border clashes most lately occurred in the spring and summer of 2020, but the territorial disputes between the two nations cannot be considered resolved since, as new incidents of varying scale and duration are quite possible in 2023. Even if these incidents can be avoided, tensions in India-China relations present fundamental obstacles to any plans to see Eurasia “united”, creating numerous problems for such institutions as the SCO and BRICS, where India and China both are members, as well as for all countries seeking to act as partners simultaneously for both Delhi and Beijing (including Russia).

13. Instability in Iran and clashes in the Persian Gulf. Last year, mass protests in Iran reached a level not seen since the Green Movement of 2009. At the same time, hopes for a quick revival of the multilateral agreement on the Iranian nuclear program (JCPOA) were dashed, raising the prospect of Tehran’s withdrawal from the Treaty on the Non-Proliferation of Nuclear Arms. In turn, this prospect could provoke Israel to launch a preventive strike against Iranian nuclear infrastructure this year, possibly leading to incidents where oil tankers in the Strait of Hormuz could be involved. The implications of such a development for stability in the Middle East and for global energy cannot be overstated.

14. A new COVID pandemic outbreak. The year 2022 did not see a final victory over COVID-19. On the contrary, mankind became closely familiar with modifications of the already familiar omicron strain, such as “kraken”, “centaur”, “Cerberus”. Fortunately, the virus has so far evolved in the direction of more infectious but less lethal strains. However, there is no guarantee that this year we will not encounter a new, highly pathogenic variety of coronavirus. This prospect looks particularly worrisome, given the extremely low vaccination rates in most countries of the Global South and the apparent lack of coordination of individual state strategies in fighting the pandemic.

15. Cyclical economic downturn. A decisive struggle of the world’s leading economies against last year’s over-the-top inflation could trigger a reverse problem as the global economy could be diving into another cyclical crisis in 2023. Any intensification of the trade war between the West and China would have a similar effect. It is no coincidence that the IMF and the World Bank have consistently made downward corrections of their economic growth forecasts for the current year over the past few months. Some experts go even further, speculating about the prospect of a deep structural crisis in the global economy, which would take an unescapably grim toll on the socio-political situation in the affected countries.

It seems almost inevitable that some of the above-listed negative developments will prove real this year, whether in one form or another, and their cumulative effect will be greater for global affairs than their simple sum. Should two or three of the 15 “horror scenarios” become a reality, the system will probably manage them. But if there are seven-eight of those or more, we might see a chain reaction with the world order collapsing, something that was much bandied about last year. In this case, 2024 will be even more challenging, turbulent and dangerous than this year.

How to kickstart strategic dialogue between Russia and the United States, given the collapse of all official channels and communication systems?

The conflict between Russia and the West is likely to drag on for decades, regardless of how and along exactly what lines the conflict in Ukraine ends

2023, Risks, International security, International relations
Reader's choice
HideShow
South Korean Arms for Canada and Poland: NATO’s Reserve Arsenal for Ukraine?
Does Syria’s Road Back to the Arab Family Go Through the UAE?
The Distributed World
Karabakh in Crisis: Toward a New Road of Life
Bargaining Items