Why Russia Was Right to Veto the Malaysian Boeing Tribunal

A special tribunal on the Malaysian Boeing would be a step down the evolution ladder of international law. Today, ad hoc tribunals are obsolete and ineffective in the face of the permanent International Criminal Court in The Hague. By blocking the resolution, Russia might save international criminal justice from erosion and fragmentation. The initiative should not be raised in the United Nations Security Council again, but instead submitted to the ICC.

A special tribunal on the Malaysian Boeing would be a step down the evolution ladder of international law. Today, ad hoc tribunals are obsolete and ineffective in the face of the permanent International Criminal Court in The Hague. By blocking the resolution, Russia might save international criminal justice from erosion and fragmentation. The initiative should not be raised in the United Nations Security Council again, but instead submitted to the ICC.

One year after the MH-17 downing, Malaysia introduced a draft resolution to the UN Security Council, which proposed a special tribunal for investigating the crime and prosecuting its perpetrators. Despite the support of this resolution from the Council’s majority, Russia vetoed it on July 29, 2015. This move was met with an international outcry, U.S. Ambassador to the UN Samantha Power being among the first. “Russia has tried to deny justice to the 298 victims on that plane,” Power said. While the U.S.-led international majority portrays Russia as a barrier to justice, the veto was the right decision, and will have a positive impact on the development of international criminal law.

Understanding the positive side of Russia’s veto requires us to look beyond the conventional wisdom and think conceptually. No doubt, downing of the Malaysian Boeing was a terrible crime. However, hysteria in the media and the urge to punish the criminals as soon as possible prevents the Security Council members from seeing a crucial conceptual problem with Malaysia’s proposal. The fact is, establishing another ad hoc tribunal is a step down the evolution ladder, as international criminal law has been moving from fragmentation to universalization over the last 25 years.[1] In the realm of law, the methods of prosecution are even more important than the punishment itself. Every mechanism and procedure established today will have a huge impact on the efficiency of international criminal prosecution tomorrow. That is why the Security Council should abandon the idea of a special court for MH-17, and endorse universal mechanisms of transnational justice, such as the International Criminal Court in The Hague for prosecution.

Why is another ad hoc tribunal a bad idea? First, it is obsolete. In 1945, when the first specialtribunals of Nuremberg and Tokyo were created, they were truly a breakthrough in international criminal law. Their mechanisms were still valid in the 1990s to prosecute the criminals of Former Yugoslavia and Rwanda. However, with the establishment of the International Criminal Court (ICC) in 2002, special international tribunals became obsolete.

Hysteria in the media and the urge to punish the criminals as soon as possible prevents the Security Council members from seeing a crucial conceptual problem with Malaysia’s proposal. Establishing another ad hoc tribunal is a step down the evolution ladder, as international criminal law has been moving from fragmentation to universalization over the last 25 years.

The ICC was designed as a permanent and universal court to overcome the deficiencies of its predecessors – the International Criminal Tribunals on Former Yugoslavia (ICTY) and Rwanda (ICTR). These tribunals were created from scratch, required a huge budget and expensive infrastructure. More than that, the ICTY and ICTR were heavily dependent on their respective creators. By arguing in the Security Council on July 29 that the ICTY and ICTR were “cumbersome, politically motivated, costly, and prone to legal procrastination,” Russian Ambassador Vitaly Churkin was absolutely right. To continue with MH-17 in this manner would only replicate the disappointments of the past. What he failed to mention was the need to proceed from ad hoc tribunals to universal criminal justice, namely – endorse the ICC as an effective method of prosecution.

Splitting up the Law 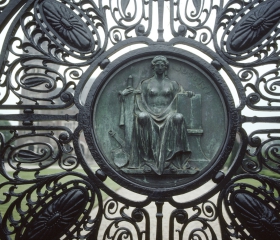 After 2002, there have been no additional tribunals of fully international character created. Those which appeared after the ICC, namely, the Special Tribunal for Lebanon (est. 2009) [2] and the Extraordinary African Chambers in Senegal (est. 2013) [3], are in fact hybrid tribunals and cannot be compared to the ICTY and ICTR. EAC work strictly within the courts of Senegal and the Lebanon Tribunal applies only Lebanese criminal law.

Furthermore, since its establishment, recognition of the ICC has almost doubled – from 66 original state parties in July 2002 to 123 states today. This growth reveals a definite trend towards centralization, universalization, and cohesion in the evolution of international criminal law. Therefore, referring the MH-17 case to a special court instead of a permanent one will be a poor decision.

Worthy of note, the draft charter voted on July 29 did not provide for a hybrid tribunal on the Malaysian Boeing. Instead, it would be an ICTY/ICTR-modeled international ad hoc tribunal with a primacy over the Ukrainian judicial system (see Article 10 in the link). Courts of this model have not been established since the 1990s. If this resolution were adopted, the new legal precedent would raise multiple questions concerning the future conduct of international criminal justice.

For instance, when a serious crime is committed, should it be prosecuted domestically, referred to the ICC, or should the UN Security Council establish a special court? What are the criteria for establishing a new tribunal, and who will fund it? As Vitaly Churkin has indicated, why do we need a special court for a downed plane, but not one to prosecute pirates? Finally, how is a tribunal dismissed once it finished its work? The fact is, ICTY and ICTR have been working for over two decades, and are still struggling with unresolved issues. A permanent court manages multiple cases on a rolling basis providing justification for its expense in investigation, while an ad hoc tribunal may spend decades and millions of dollars on only a single crime.

Finally, the creation of an ad hoc tribunal, which bypasses the ICC, is contrary to the main pillars of justice – independent judiciary and the rule of law.  In 2004, the U.S. President George W. Bush commented on his decision not to accede to the ICC, “I made a decision not to join the International Criminal Court in The Hague, which is where our troops can be brought in front of a judge, an unaccounted judge.” [4] The irony is, the unaccountable character of the ICC is a crucial condition for a genuine legal process. Just as the national judiciary must be independent from the executive authority, international judges are not supposed to be appointed or influenced by nation-states. In the same manner, international criminal jurisdiction is not supposed to be limited to pre-selected cases and certain geographic areas.

Establishing an ad hoc international tribunal for the MH-17 tragedy is a just cause in spirit, but a shot to the knee for international criminal justice.

Unfortunately, the leverage of the ICC is exactly what the White House is trying to avoid. As the U.S. continues its active foreign policy, American leaders do not want their hands tied by a threat of being arrested on an ICC warrant. That is why Washington wants to roll international criminal law back to its pre-ICC condition. The best way for Washington to achieve its goal would be through the creation of several unconnected ad hoc tribunals with limited jurisdiction, bypassing the ICC and eroding its legitimacy. The International Criminal Tribunal for Malaysia Airlines would be just be one step in this long process.

Establishing an ad hoc international tribunal for the MH-17 tragedy is a just cause in spirit, but a shot to the knee for international criminal justice. In resolving one single case, the tribunal would erode the legal system over the long term. This reason alone is why Russia’s veto in the UN Security Council on July 29 was the right choice. Any future motion by the Security Council to revote this resolution will be a detrimental move with a chance of possibly crippling international law in the future.

Nevertheless, a veto does not make the world better. If Russia really wants to make a positive global change, it should ratify the Rome Statute, urge its UN Security Council counterparts to refer the Malaysian Boeing case before the ICC, and promote universal transnational justice as a better alternative to the U.S.-sponsored double standard policy.

2.     Statute of the Special Tribunal for Lebanon, S/RES/1757, http://www.stl-tsl.org/en/documents/stl-documents/statute/223-statute-of-the-special-tribunal-for-lebanon.

Rate this article
Share this article
FOLLOW THE LATEST DEVELOPMENTS
Tags
International Criminal Court, MH17, Veto, Russia, International tribunal
Reader's choice
HideShow
Stanley R. Sloan: A New U.S. Administration Will Have Much Work to Do in Rebuilding European Faith in American Leadership
The Third Neighbor: Can America Live With Putin's Russia?
Recommendations for American Policy and Priorities Towards Russia
How the Pandemic Will Change EU-Russian Relations
The U.S. on the Way to Strategic Invulnerability